Get ready to sing along at la Villette this summer! Their Outdoor film festival is back with a line-up of musicals (and films featuring music), and every showing is free! 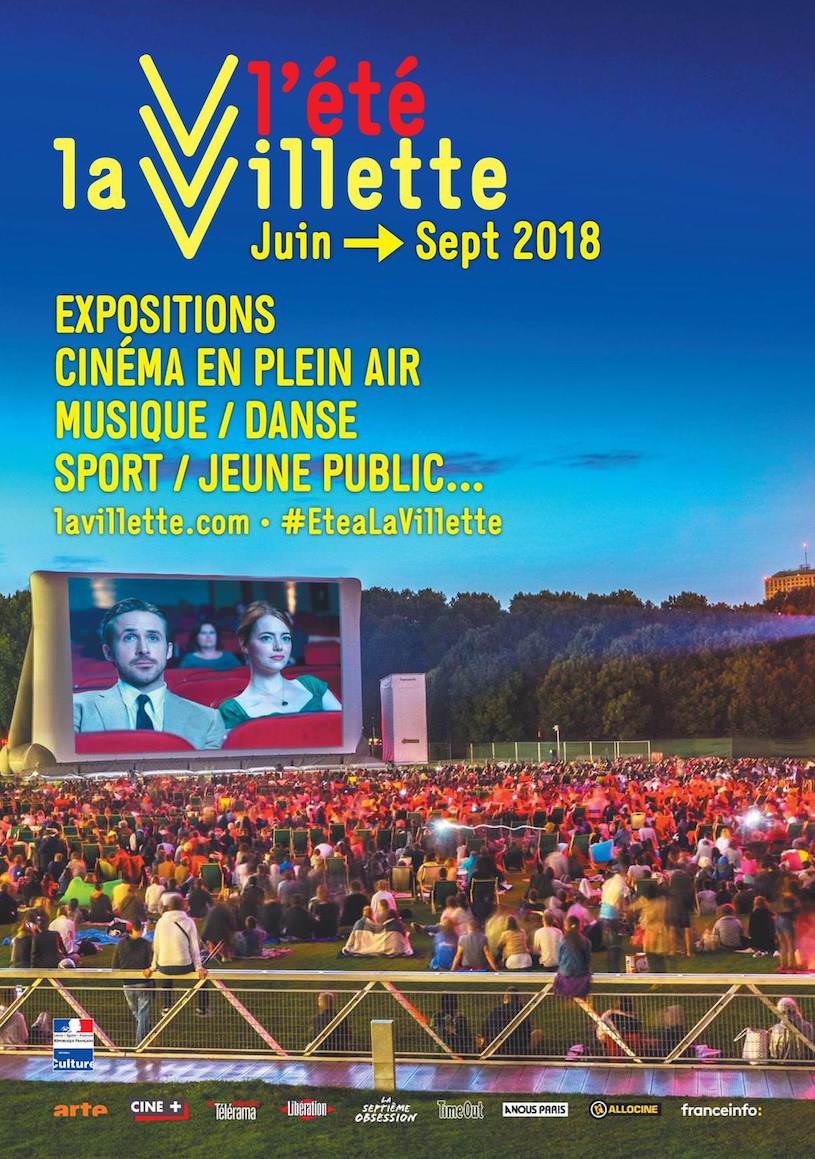 The Festival de film en plein air at la Villette always has a good selection of films on offer. It’s also a super way to get together with some friends, have a picnic and watch a movie together. A great, cheap night out – only the deckchairs have to be be paid for (and even that’s not obligatory).

This year the them is “Why don’t we have a sing-song?” with twenty-five films in all, one shown every night from Wednesday to Sunday. The choice is pretty eclectic – The Jungle Book, Yellow Submarine, Sugar Man, Pierrot Le Fou, The Umbrellas of Cherbourg…

There are also a number of special events on offer, like the Arte karaoke night, and an extra short film on the programme every Saturday.

You might also like to try out one of the food and music cruises each weekend, with a meal linked to the theme of the film!

After 1½ hours of cruising (7.30-9pm) the boat will drop you off at the Parc de la Villette just in time for your film! More info here.

On Thursday 9th August there’s a related garden party at the Jardin 21 and at the Glazart.

On Friday 10th August you can take part in an Indian walk before the showing of the (wonderful) film Devdas.

And on Saturday 18th August it’s time to paaartaaay! After the showing of Interstella 5555, you’ll be able to dance to Daft Punk’s classic album Discovery! After that, DJs from the Animaux du Futur collective will be mixing at the Folie des Merveilles building in the park. The club night starts at 11.30pm and ends late! More info here.

Just a few tips to make your evening go without problems. No metal cultlery is allowed in the seating area, and no corkscrews either (they’ll lend you one if you need it).

However, glasses for drinking are OK, and de-corked bottles and opened cans are also allowed.

Films are shown Wednesdays to Sundays, starting between 9.30pm and 10.30pm depending on the date (doors open 7pm)

Deckchair rental: 7€, or 20€ for five deckchairs