Michèle and Armand: beekeepers in Paris

A Sunday afternoon with the bees

We went round to Michèle and Armand’s flat to see the transparent beehive that they have set up in their living room and to listen to the great stories they have to tell about their favourites pets: bees! They also managed to work out that we like honey and treated us to some of their specialities… 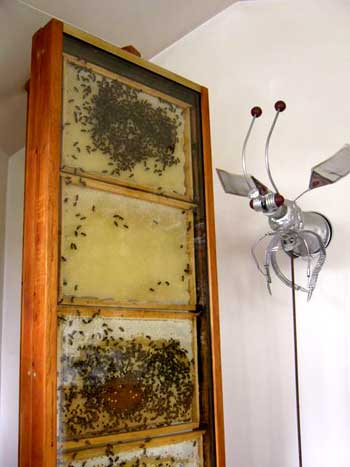 Our beekeepers live on the 4th floor of a small building in the 13th arrondissement, near the disused Gobelins train station. All around the apartment you’ll find bees: embroidered onto cushions, little statuettes and above all the glass-sided vertical beehive in their living room. 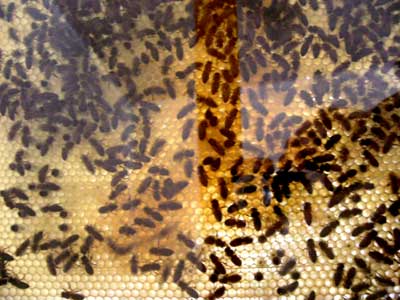 This glass beehive helped us to understand this insect’s life, and how their intricate instinctive organisation helps perpetuate the species. We saw the queen, the males, and the miraculous birth of a worker bee! Armand has built a pipe which goes through the wall and allows the bees to come and go as they please between the hive and the outside world (being a beekeeper also means being a bit of a handyman and having lots of imagination). The front room has a perpetual buzzing sound produced by the bees, and Michèle told us that they missed it when the bees had to be moved out for a while. 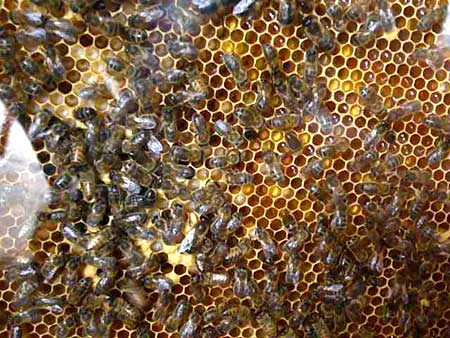 When we arrived, Michèle and Armand had just set up the beehives on their outside balcony (they had brought them back from Orly sur Morin, not far from Paris, because of some building work there). As they had just arrived, we were able to watch their orientation ballet, and during the afternoon you could see that they were slowly able to move further and further away. Once out on the balcony, without any protection whatsoever, we had bees flying all around us with no menace, and we didn’t even felt slightly scared. For the moment there are five hives out there, but in the past there have been up to nine!!! 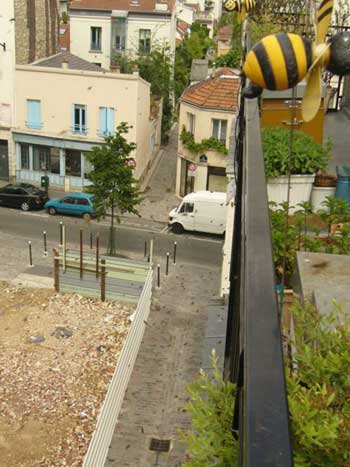 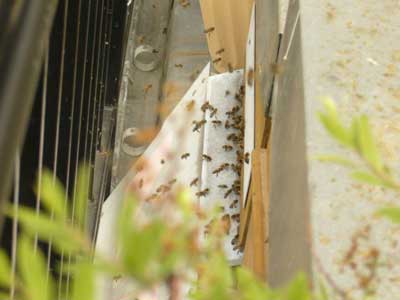 So let’s learn a little more about Michèle and Armand who kindly allowed us to visit, their eyes sparkling each time they told us one of the many stories that they have accumulated over the years, stories that we will be sharing with you over the next few months. They are both retired, Michèle having worked for a department that used to train library attendants, whereas Armand was a mirror manufacturer. Both had their first hive twenty years ago. Michèle’s was in her garden in Antony (just south of Paris), and Armand’s was on the balcony on which we found ourselves this Sunday in May.
Both of them admit that bees bring out an all-consuming passion, and when the first hive and swarm arrive, more will surely follow! Bee can also play Cupid, as Michèle and Armand will surely agree. 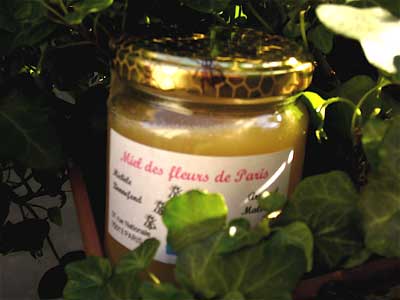 Yes, we’ll be back to see Michèle and Armand real soon!!! 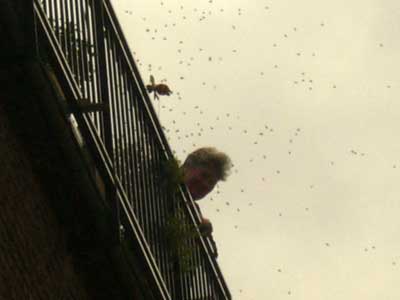