Rebirth of the Saint-Jacques Tower in Paris

For the last few years, Paris has had a white-draped tower in its centre, very much like something created by Christo*.

The Saint-Jacques Tower, a vestige of Renaissance Paris, has had a hard time battling against climate change and pollution (together with a number of other edifices, but that’s another story). An intensive restoration project has been underway these last few years, and the Tower it finally starting to show its former splendour.

If you come to Paris, there’s a high chance you’ll come across it at some point, as it’s situated in the heart of the city at Châtelet, but we’d like to show you some of our photos already, plus a quick film of some close-ups of the statues that are projected onto the tower at night. Some historical background: the Saint-Jacques Tower has been an important part of the skyline of Right-Bank Paris for five centuries. before being a tower all by itself, it was actually the bell tower of the l’église Saint-Jacques-de-la-Boucherie church. The church was sold as a national asset during the Revolution, dismantled in 1797 and the stones sold off piece by piece. The Paris council bought the remains, now isolated and abandoned, in 1836. After the creation of a pedestal at its base in the 19th Century, the building was then named the Saint-Jacques Tower and surrounded by a small city park. *Christo 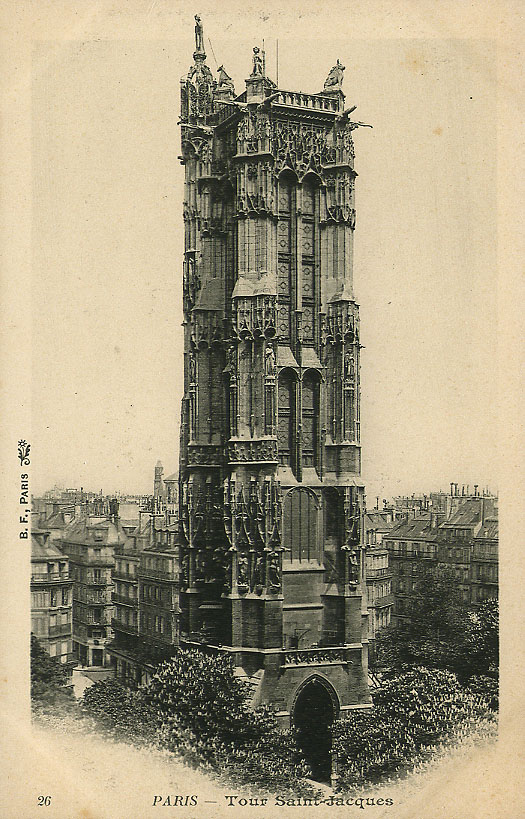