Get ready to line up along the Champs-Elysées on the afternoon of Sunday 27th July 2014 if you want to see the end of the Tour de France.

Even if the Tour de France is celebrating its 101st edition this year, perhaps you didn’t know that this is only the 40th time that the finish line has been on the Champs-Elysées.

Also, it turns out that ‘le Tour’ is a big money spinner for the Amaury Sport Organisation which also owns and runs the Paris-Dakar rally, the Paris Marathon and the French Open. Money and sport do seem to go hand in hand…

Of course it we want to have a decent view of proceedings, we advise you to arrive a lot earlier! 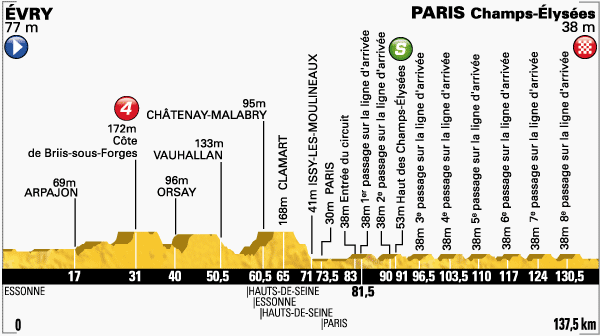