Viollet-le-Duc, the visions of an architect is the first retrospective in thirty years to take a look at the 19th century genius’ work, including his restaurations of Sainte-Chapelle and Notre-Dame.

And Revoir Paris show the futuristic drawings of François Schuiten and Benoît Peeters mixed with actual urbanism projects for Paris concocted over the last two centuries. 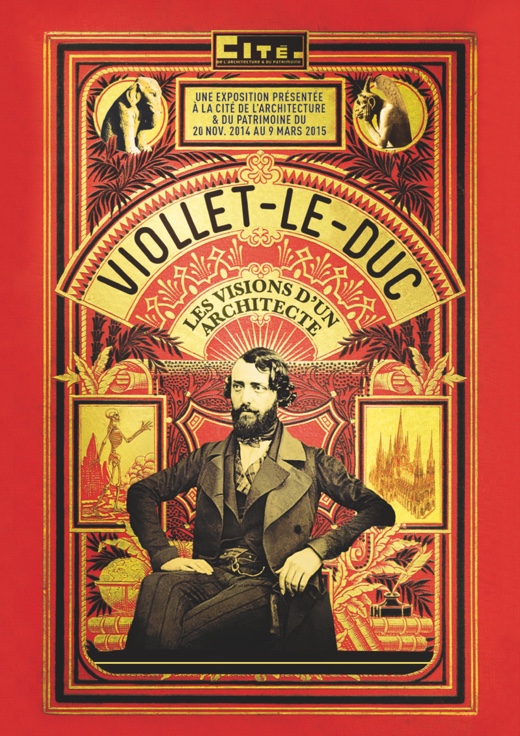 200 years after his birth, the Eugène Viollet-le-Duc retrospective gives a portrait of a well-travelled, erudite man of taste with an immense amount of respect for the medieval architecture that he helped restore.

He was also the person behind the musée de Sculpture comparé, inaugurated in 1882 after his death, which was later ot become… la Cité de l’Architecture.

To complement the exhibition, there’s an official catalogue (260 pages, 38€ here ata amazon.fr), a free smartphone app (iTunes / Google Play, available from 14th December), some urban walks, a visit of the Saint-Denis basilica, debates and an intriguing workshop involving drawing in the dark.

As for the Schuiten and Peeters exhibition, you’ll see Paris reimagined through the two artists’ fanciful, futuristic drawings, inspired by actual projects for the city, including Haussmann’s modifications, the universal expositions and a few skyscrapers that will never grace the Paris skyline.

The exhibition also includes a 3D experience with augmented reality and a 1930s train recreated with computer graphics (right down to the last bolt, they say) and there’s an official catalogue (28€ here at amazon.fr) that will give you even more in-depth info.

Admission: 12€ / 8€ for the two exhibitions and permanent collection, or 9€ for Viollet-le-Duc and 5€ for Revoir Paris