La Fidélité is one of those places that could be great, but seem slightly cursed. After several years as a ‘night restaurant’, it reopened a few years back under the management of André and his trendy clique of ‘Golden Triangle’ chums. And for a long time it was packed with models and young, moneyed people. They opened an apartment to rent out for private dinners. There was talk of a hotel.

And then they closed.

Lord knows what happened, but after a year of building work, La Fidélité is reborn and once again trying to woo the stylish to its amazing space and woefully random food. We really wanted to love it, but it was not to be.

La Fidélité already had a lot going for itself – a huge space and period décor with heaps of charm – but after a year-long facelift, you have to admit it looks even better.

The central staircase that used to lead down to a dodgy smoking parlour has disappeared, a new glass ceiling has been installed along one side (making all the difference, believe me), and the toilets have been enlarged. Large mirrors on every wall give an even bigger sense of space.

However, deliberately ‘ironic’ fake plants and over-lush sofas will not be to everyone’s taste, and I kinda groaned after seeing one letter from the restaurant name drawn on every mirror around the room. Perhaps a little too much? 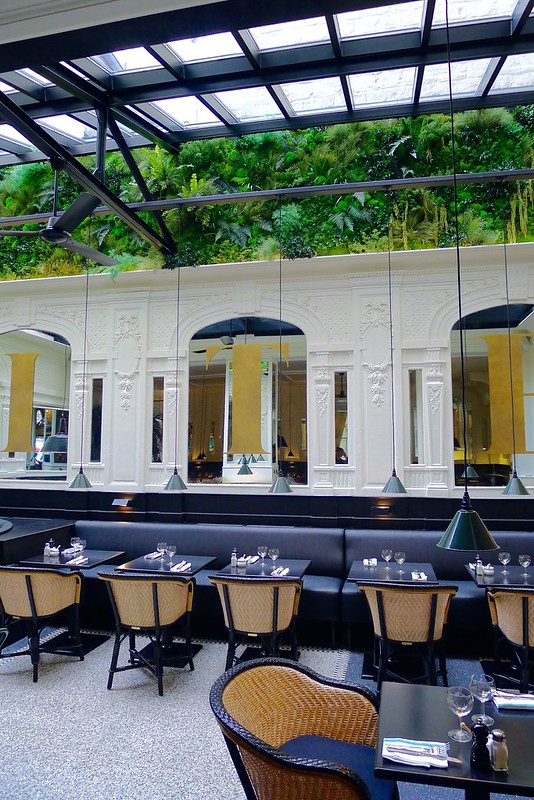 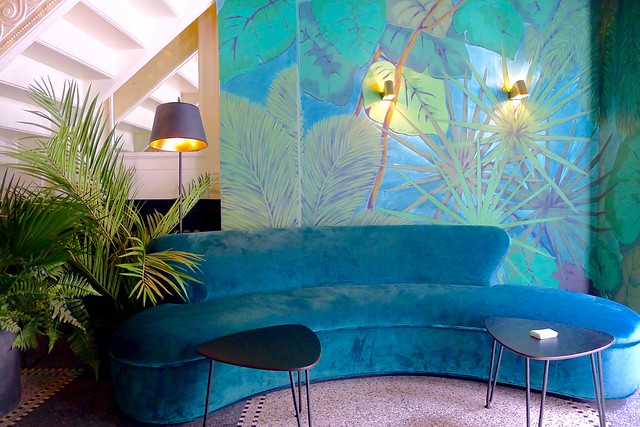 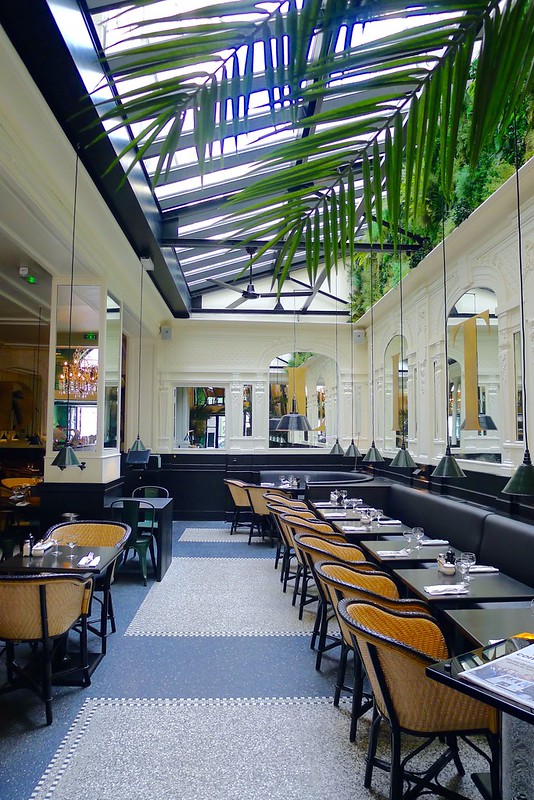 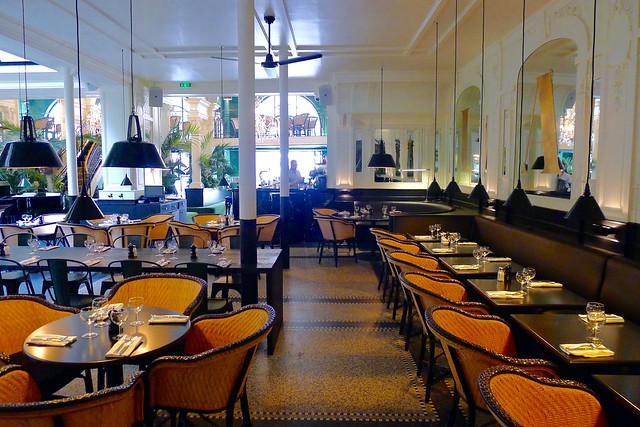 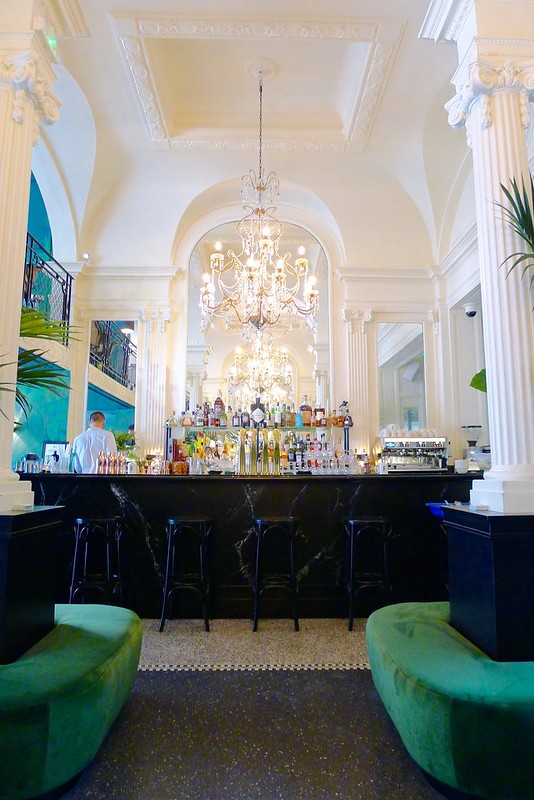 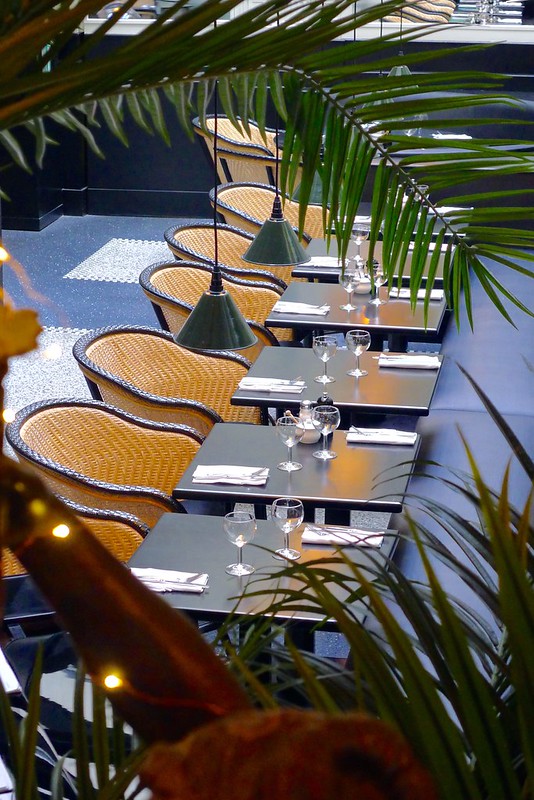 Back when it was probably the only hip spot in what was then a sketchy area, La Fidelité was a showy, brash, successful venture that was impossible to get into during fashion week (if you see what I mean). Its self-confidence overshadowed and made irrelevant the actual food. This, we assume, was eventually its downfall.

However, we were more than ready to come back to the new improved Fidélité and forget its past sins. On the night we dined, arriving early, only a few tables were occupied – mostly by Americans who had no doubt read a review in some big but hip national newspaper. The staff were friendly and relaxed.

We immediately ordered some Prosecco, and then the evening’s food, and although the place was very calm, our Prosecco did not arrive.

We decided to share tow first courses – aubergine-burrata and a kale salad with quinoa. These both arrived about ten minutes later, but our Prosecco only came five minutes after that.

The aubergine was a little dry to be frank, something that a little olive oil would have fixed quickly and simply.

The kale salade was undeniably pretty, with a mix of texture that were agreeable to chew. 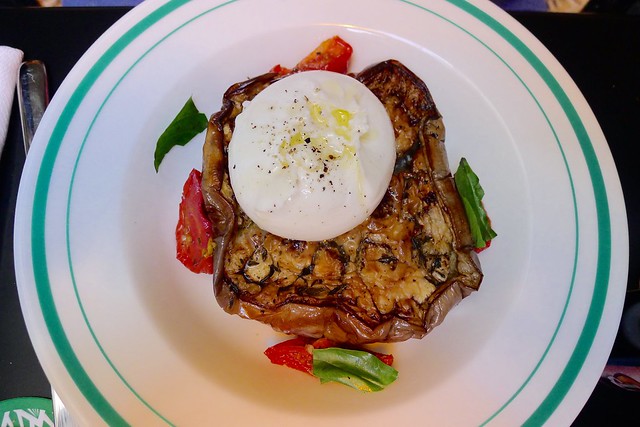 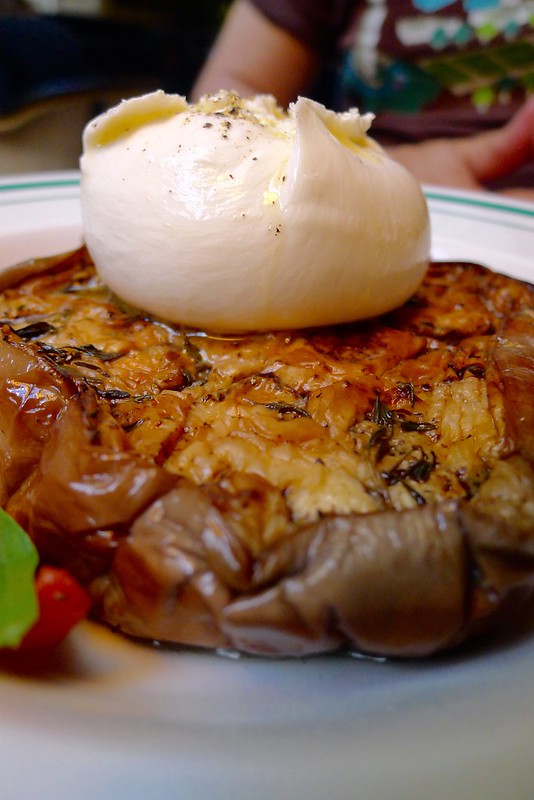 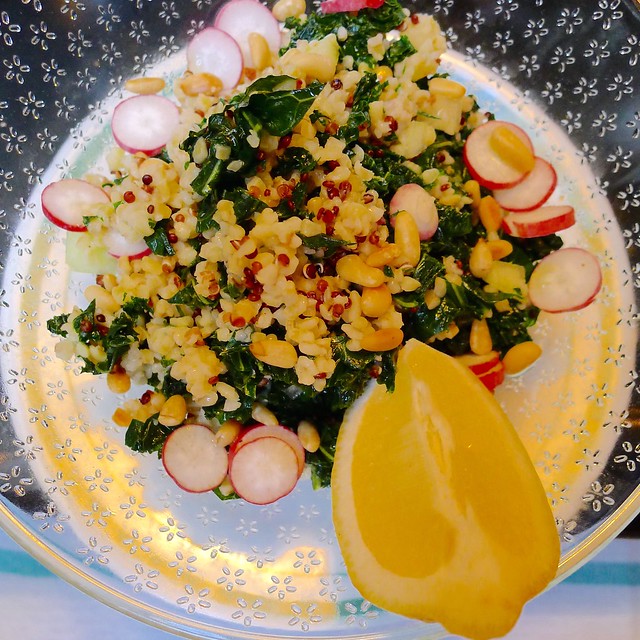 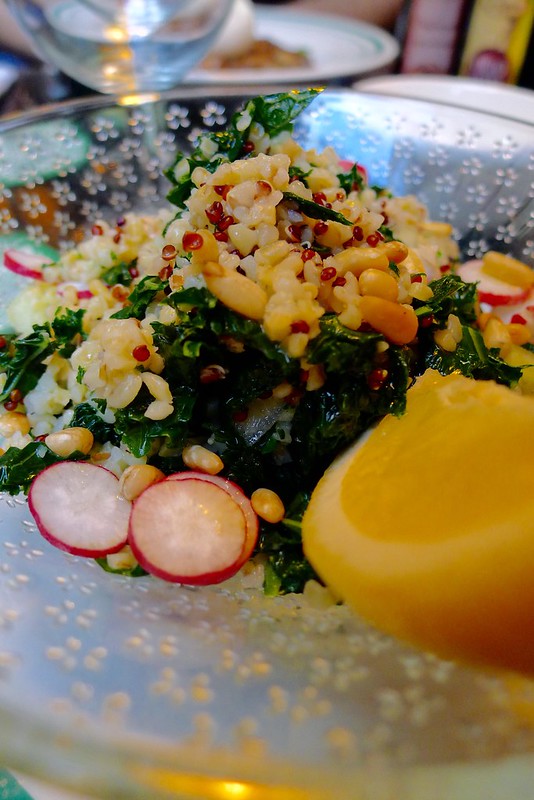 Although we were still eating our first courses, and had only just received our wine, the main courses arrived. We looked at our waitress a little surprised, but she wasn’t phased at all.

The vegetarian dish that we were quite looking forward to turned out to a sad and meagre collection, drowning in a sauce whose taste we couldn’t even place. Although listed as a main dish, it was so scant we had to order an extra side dish in order not to be hungry afterwards. We did tell the waitress afterwards that it was a little on the light side, but she didn’t seem overly concerned. 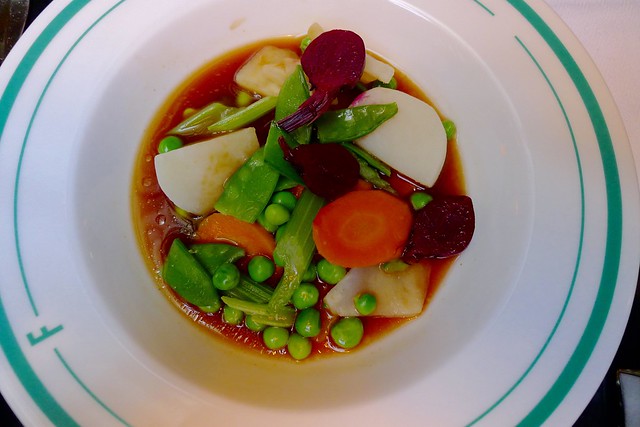 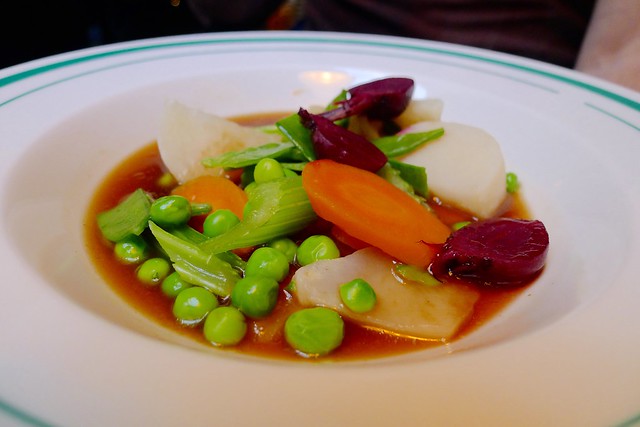 On a more positive note, the organic salmon was a success, although plonked rather plainly on a bed of lentils. A classic dish, well executed. 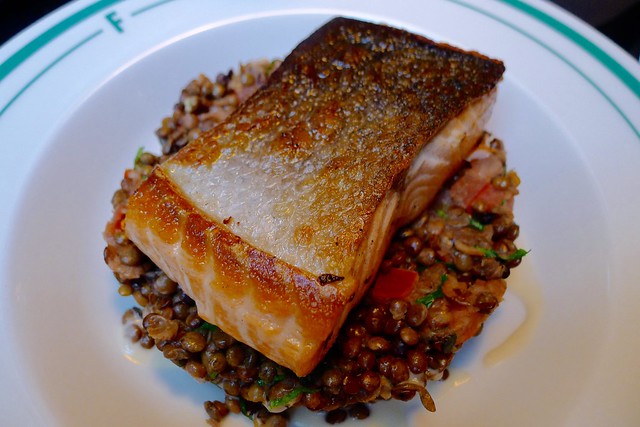 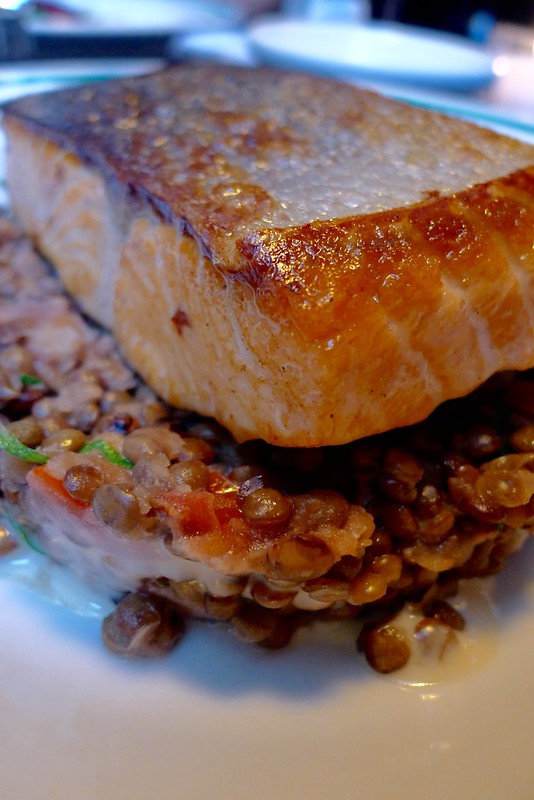 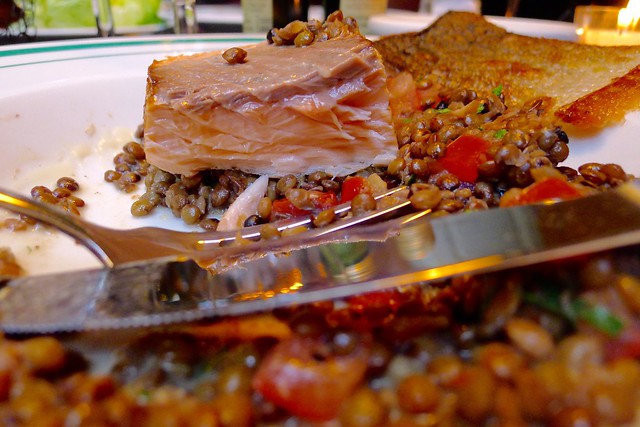 For dessert, we tried the ‘café gourmand’, usually an expresso coffee and a selection of mini desserts, but this version was served with just one mini dessert and three biscuits. Not very ‘gourmand’ at all. 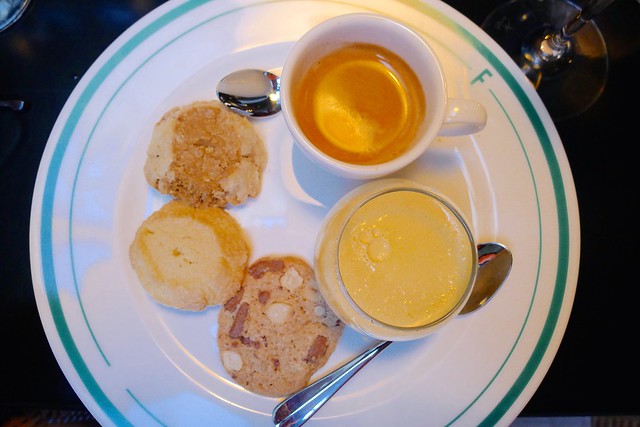 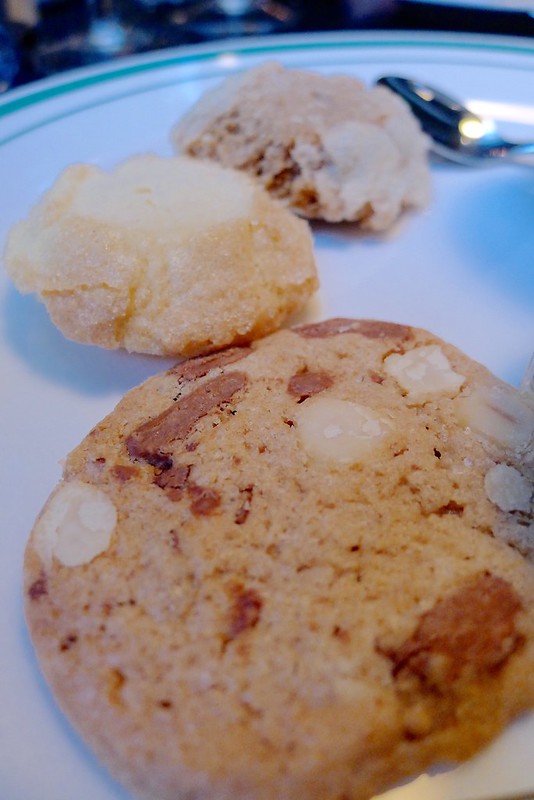 As for the “Sénéquier” Tropézienne tart, it was pretty much a fiasco. Rather than being light and fresh, it had obviously been kept refrigerator for several days, losing its taste and form while absorbing the various smells of its neighbours.

What should have been light sponge was become compacted, and the cream had no taste. Shameful. 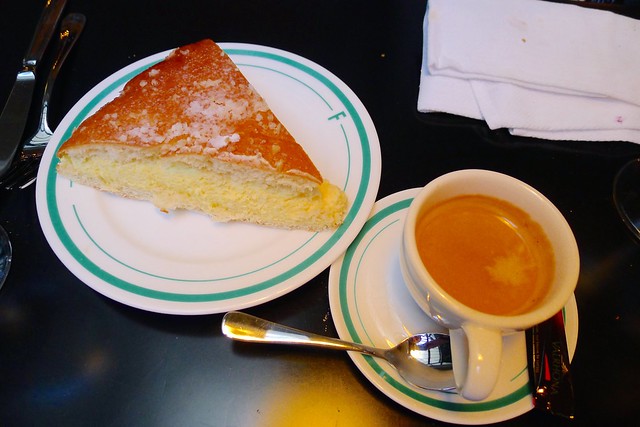 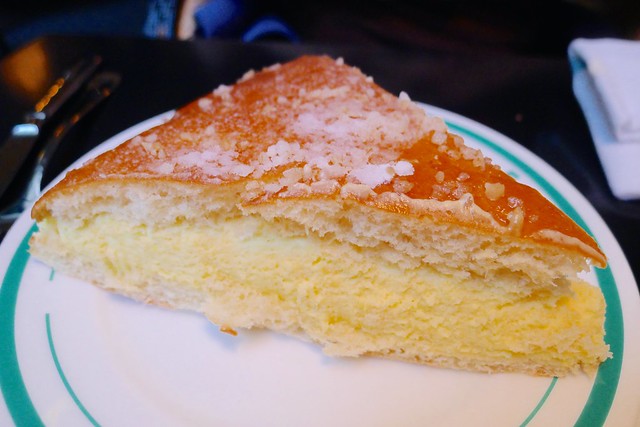 There is no pleasure is writing a review about a disappointing restaurant. We wanted to enjoy our meal, and through dodgy service and partially substandard food, we left feeling saddened.

Perhaps things will improve as the team settles in? Perhaps the menu will be reworked, and an extra slice of carrot added to the vegetarian dish? While the setting is truly out of the ordinary, we’d advise you to wait a while and check the TripAdvisor ratings (for the moment, they are more negative for positive).

Once thing that strikes us is that before closing a while back, the problem was the same – a great space with so-so food. Let’s hope that the new management realises that what you eat is at least as important as where you eat it.

La Fidélité (here) is open from Monday – Wednesday from 8pm-1am, Thursday from 8pm-4am, and Friday/Saturday from 8pm to 5am (!). Close Sundays

To check out all our photos of La Fidélité, click here.