The best cinemas in Paris to see Star Wars – The Last Jedi!

So you’re in Paris for the release of Star Wars – Les Derniers Jedi (as it is known here), and you’d like to go and see it, but you don’t know which cinema has a great screen and sound, and which one has rotting carpet and a screen the size of a postage stamp.

Well, we have you covered. The area around our hotels is renowned for its great cinemas, and there some other incredible venues a little further afield you shouldn’t ignore too.

Let us help you make the right choice, with our quick guide to the best cinemas in Paris showing The Last Jedi! 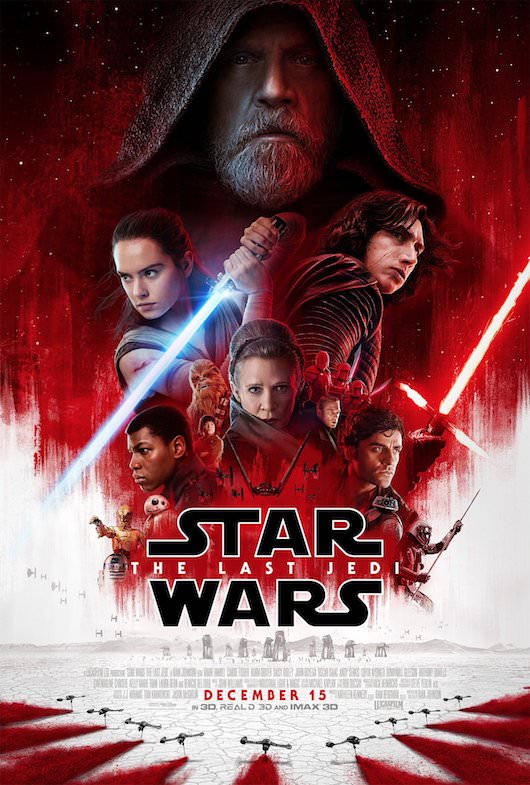 Paris is undoubtedly the world’s best city for seeing movies, with over 300 different films available to see on a big screen every week, but how can a visitor decide where’s the best place to see Star Wars – Les Derniers Jedi if they don’t know the city?

Well, let’s start with the best cinemas near our hotels.

The film is being shown in English at the UGC Danton and MK2 Odéon, both of which are on boulevard Saint-Germain.

Around the area of Montparnasse, also not far, the UGC Montparnasse and Gaumont Parnasse are also showing the film (careful though – some showings at the latter are in French).

All of these are very close to our hotels.

However, real movie fans (and Star Wars for that matter) will be prepared to hop on a metro and cross the city for an extra big screen, super comfy seats, Dolby Atmos setup or even an 4DX experience (more about that below).

Our favourite cinema in the whole city is probably the Max Linder Panorama. There’s only one screen (577 seats), but it’s a big one (118m²!) and the sound is awesome. Well worth crossing town for.

If you’re busy doing other stuff and don’t know exactly what time you’ll be available to see the film, we suggest going to UGC Ciné Cité les Halles or MK2 Bibliothèque, both of which have over a dozen showings every day – just turn up when you can and you’ll never have to wait long.

For Dolby Atmos sound, head to nearby Gaumont Alésia (only the 9pm showing is in French), or the Pathé Wepler near Montmartre. You won’t be disappointed.

And for the most out-of-the-ordinary experience, you’ll need to go all the way to Pathé La Villette. They have 19 showings of the film every day (although some of those are in French), some in 3D, some not. More importantly, this is the only cinema in Paris to have a 4DX setup (seats that move in time to the events in the film). There are also some showings in the IMAX 3D room. Make sure you book ahead, as seats are limites!

May the force by with you!

For all the showings of the The Last Jedi in Paris, click here.