Frankly more of a bar-restaurant than a ‘café’, the Café Mabillon on boulevard Saint Germain (not far from our hotels) is probably a little less well-known than its neighbours the Café de Flore and Deux Magots.

However, the place has recently reopened after begin completely renovated and relooked, so we thought we’d go down and test out their menu of French brasserie classics.

So, effortlessly chic or a terrible tourist trap? ?

Check out our review!

With the same owner as Le Hibou that we visited for you a few years back, the Café Mabillon has a similar style, or at least certain elements that are very much in fashion at the moment:

In Paris, we’re used to certain brasseries being open late, but the Mabillon goes even further – they simply never shut! There aren’t many places open every day of the year, 24 hours a day, and this one could come in handy of you’re starving at 4.30am on a Bank Holiday Monday ?

The evening of our visit, we did our best to take decent photos in the trendily-underilluminated interior. Prepare your bat-senses in order to navigate the rooms.

Our waiter did tell us that certain windows that were previously bricked up had actually been reopened during the refit last summer. I guess you’ll have to go down there during the day to see for yourself whether it makes a difference.

We have nothing against a nice cosy atmosphere (like at the Hotel and Spa la Belle Juliette, Hotel les Dames du Panthéon and Hotel Design Sorbonne) but the Mabillon is one of the darkest establishments we have ever visited! Perhaps they are trying to attract film stars who don’t want to be recognised? ? 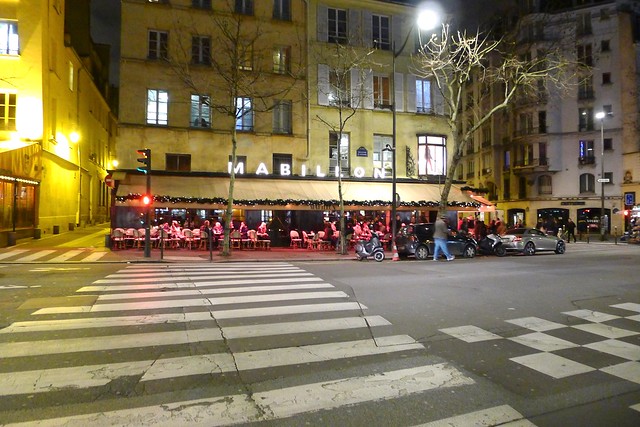 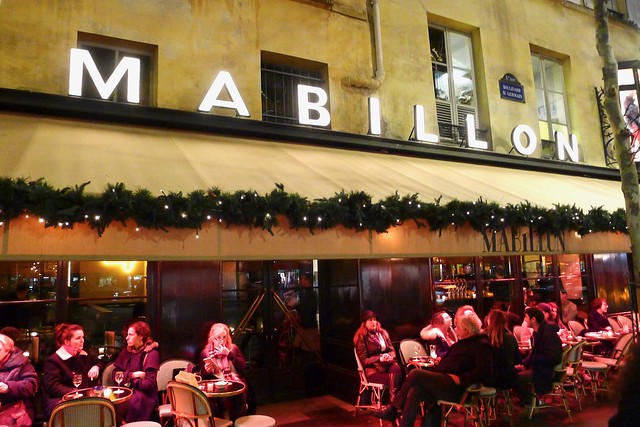 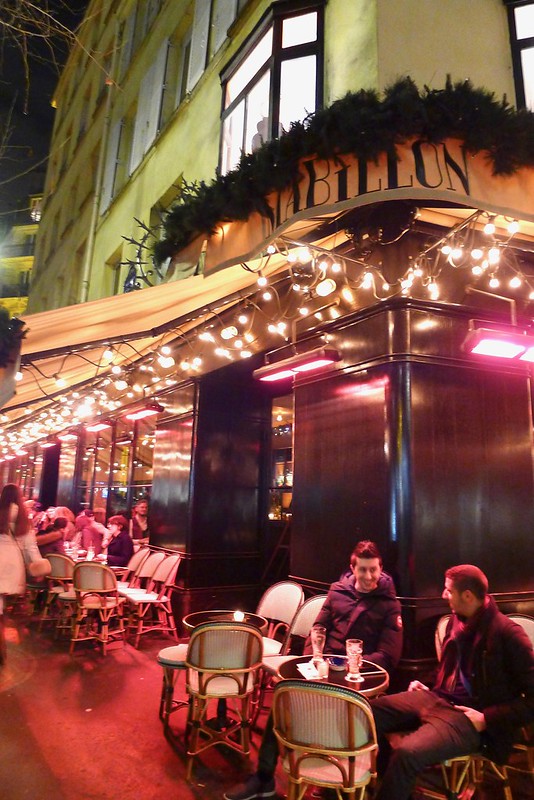 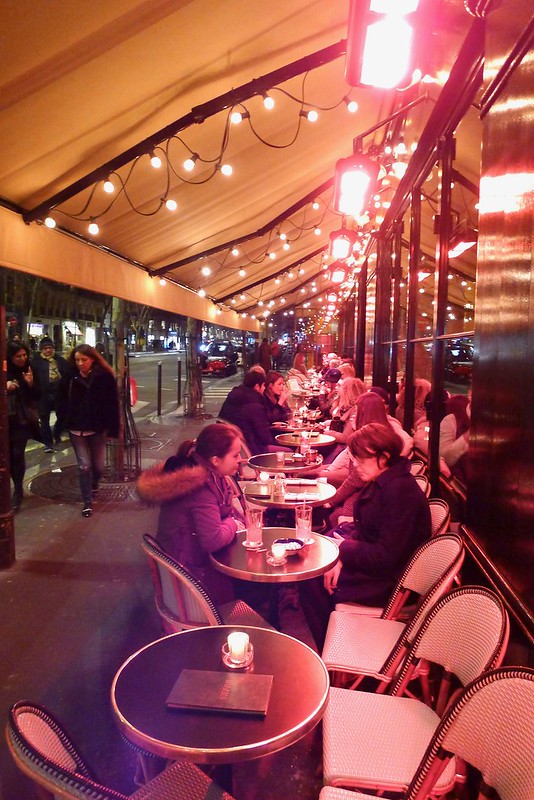 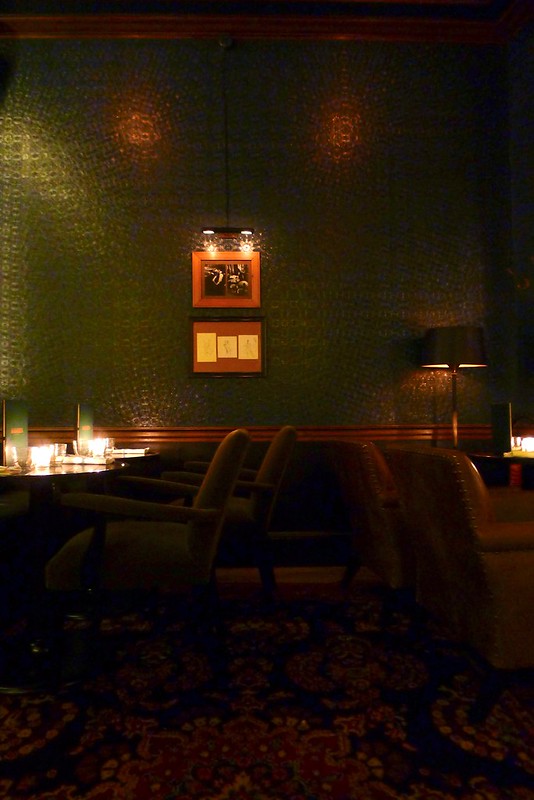 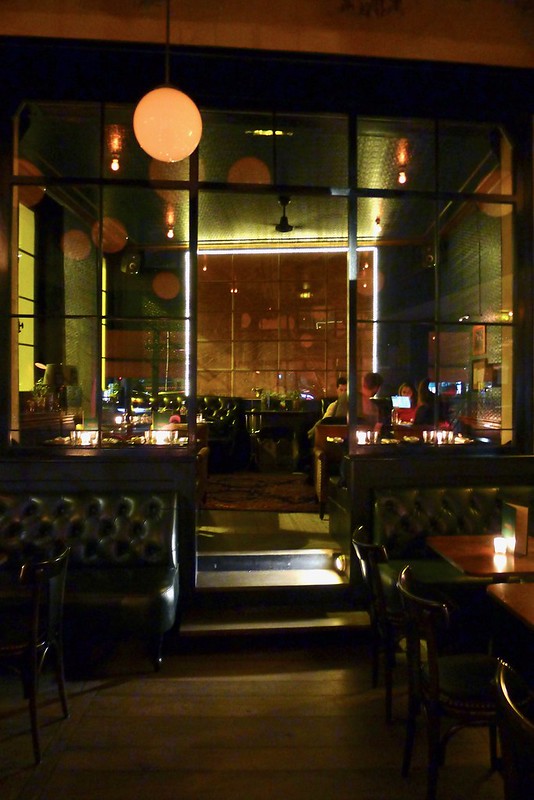 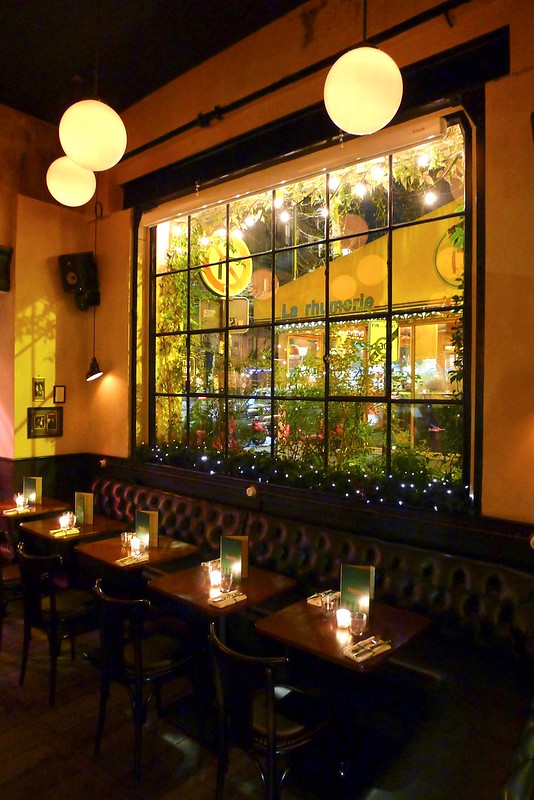 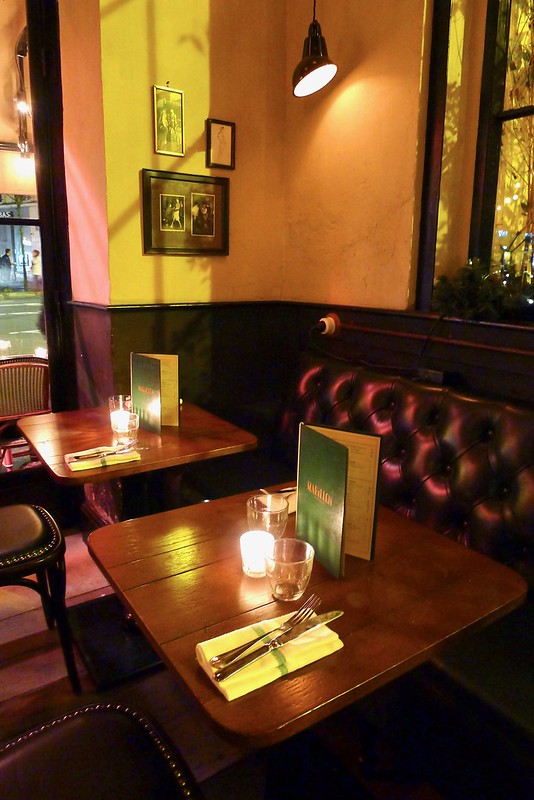 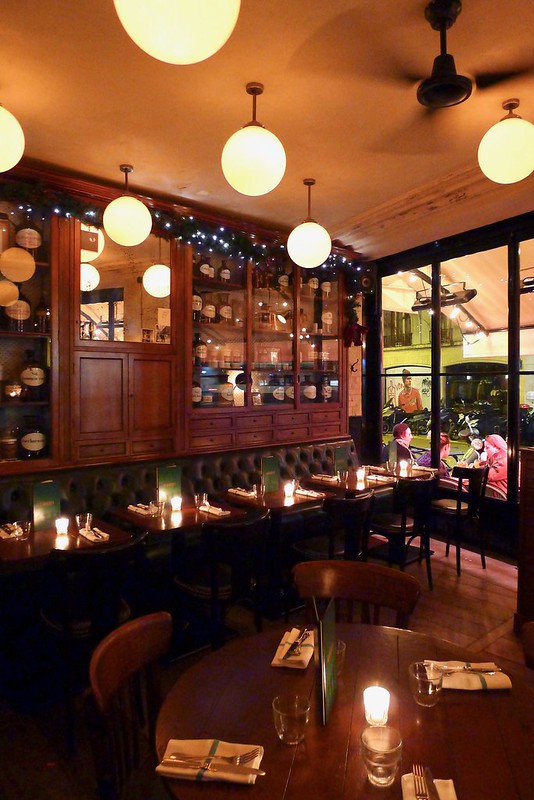 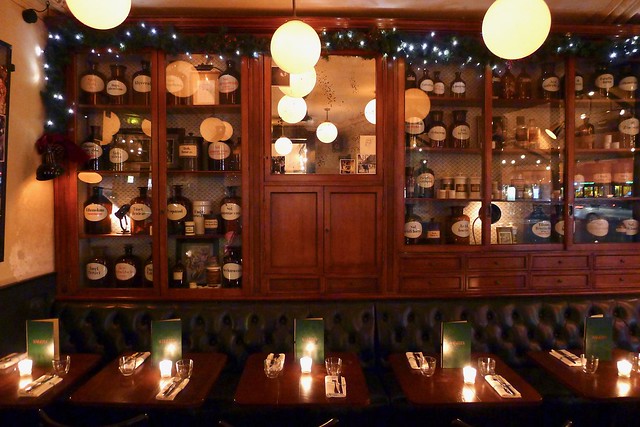 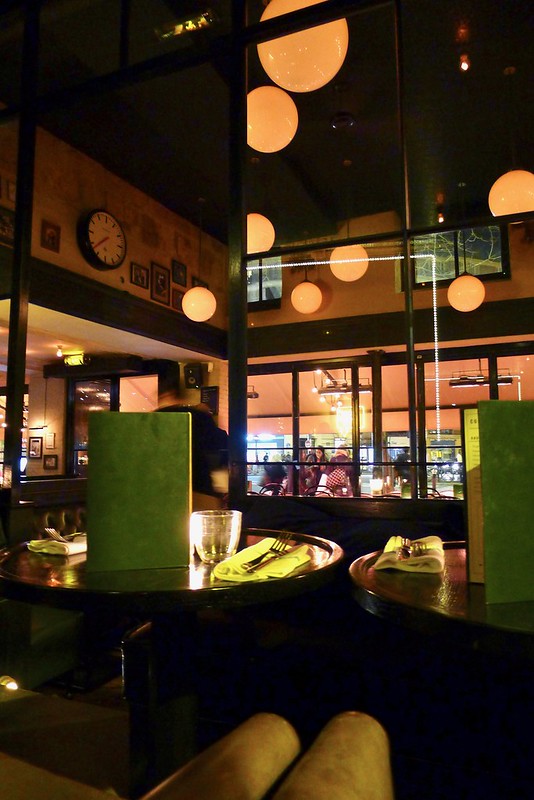 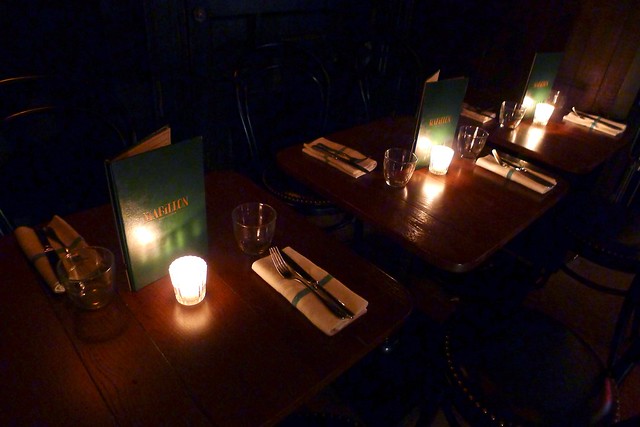 Comfortably sat at our table, we ordered a glass of wine based on the waiter’s very good suggestions. 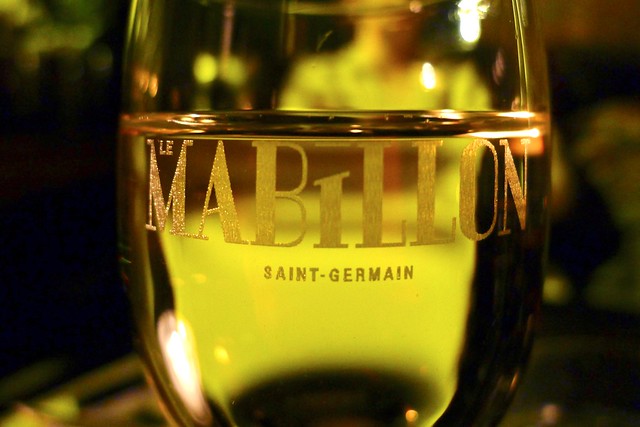 Prices are fair for the area, and we liked the layout of the menu – clean and simple. Let’s hope the food is similarly unpretentious. 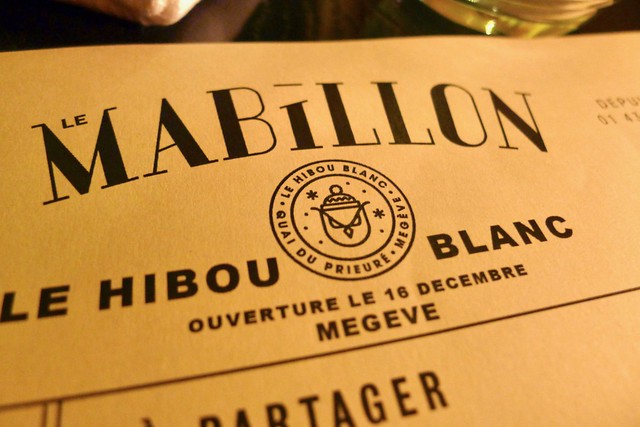 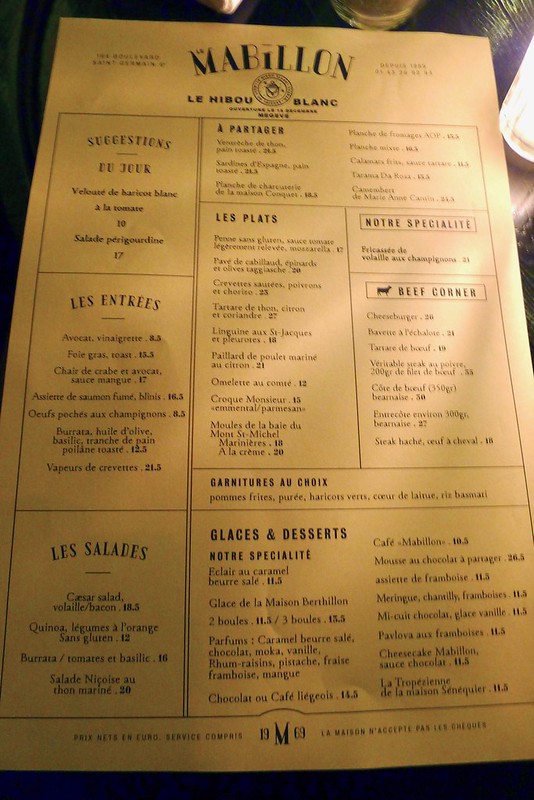 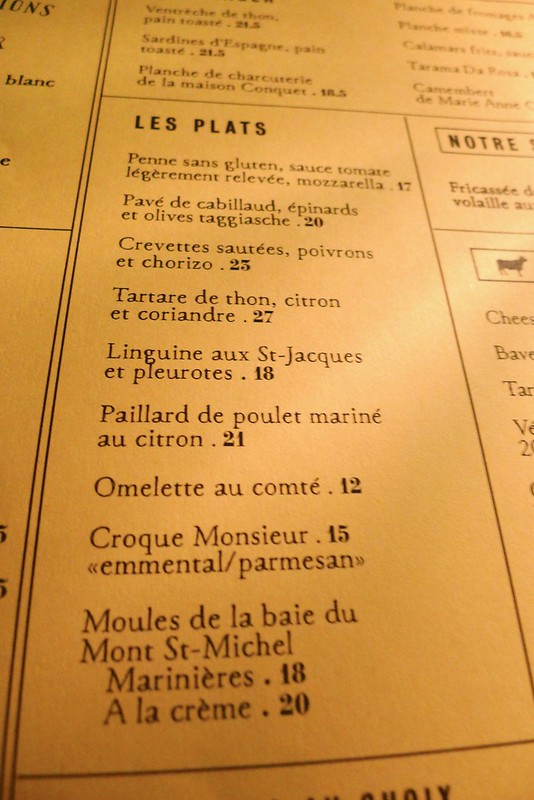 To start off with, we ordered a burrata, which was fresh and well salted, served with grilled Poilâne bread and a good lick of olive oil. The presentation was rather minimalist, but that’s just a detail. Everything else was perfect. 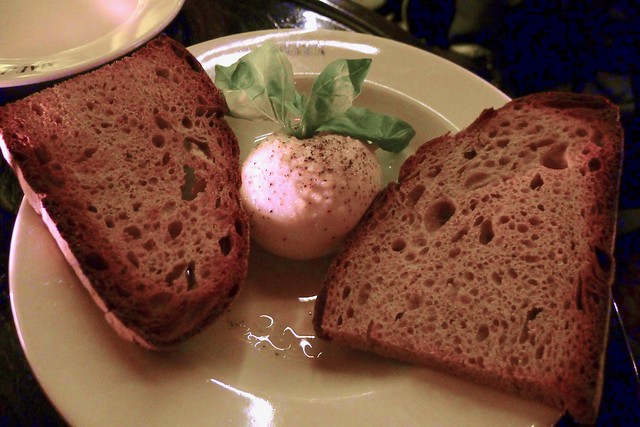 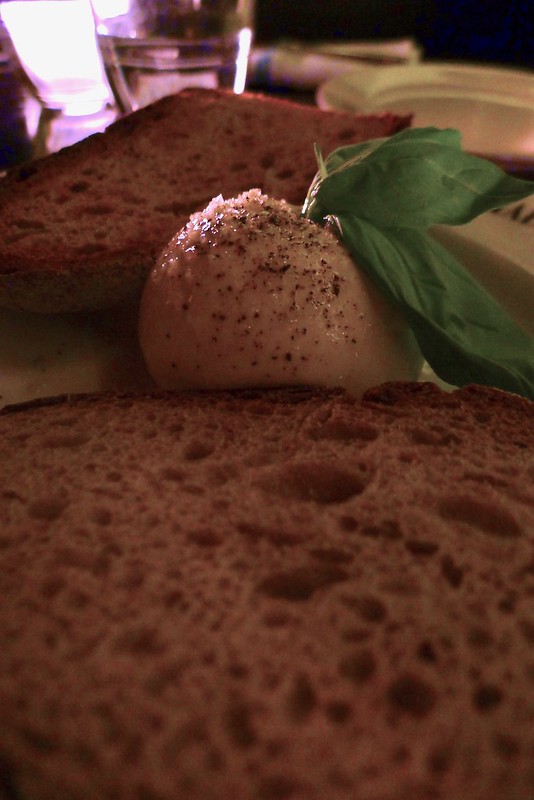 For the main dishes we chose moules marinières (mussels with an shallot and white wine sauce) from the bay of Mont Saint-Michel, and linguine with scallops and pleurotus mushrooms.

The mussels were superb, with a really authentic taste, and the chips (french fries?) served as an accompaniment were both crispy and melt-in-the-mouth (and served piping hot).

As for the linguine, the sauce was creamy by not heavy, and well seasoned. Very good! 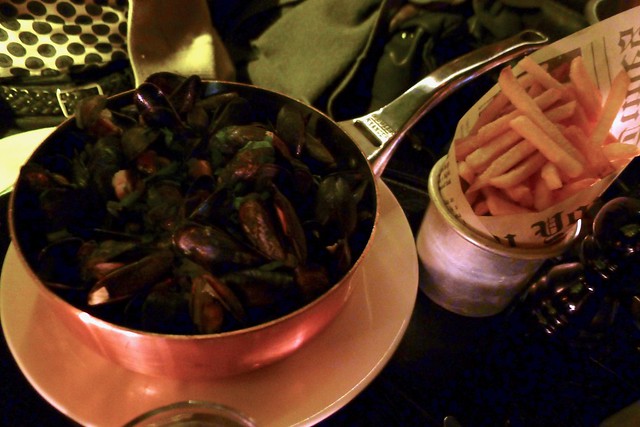 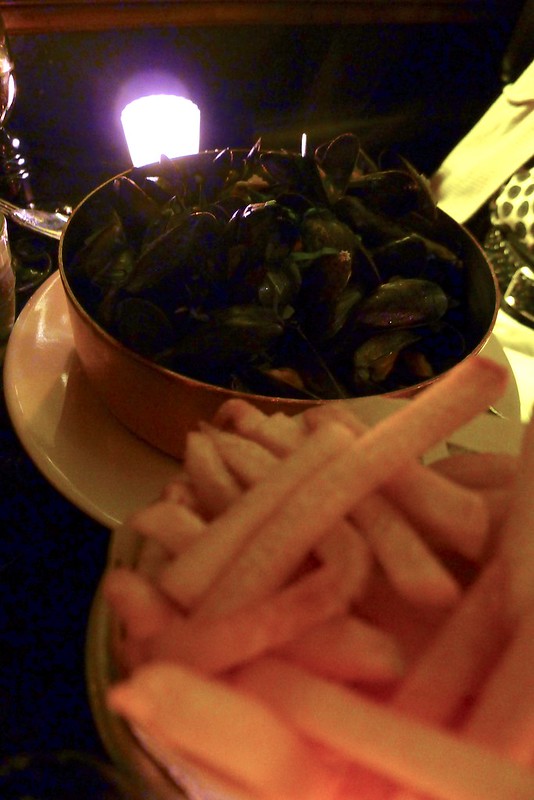 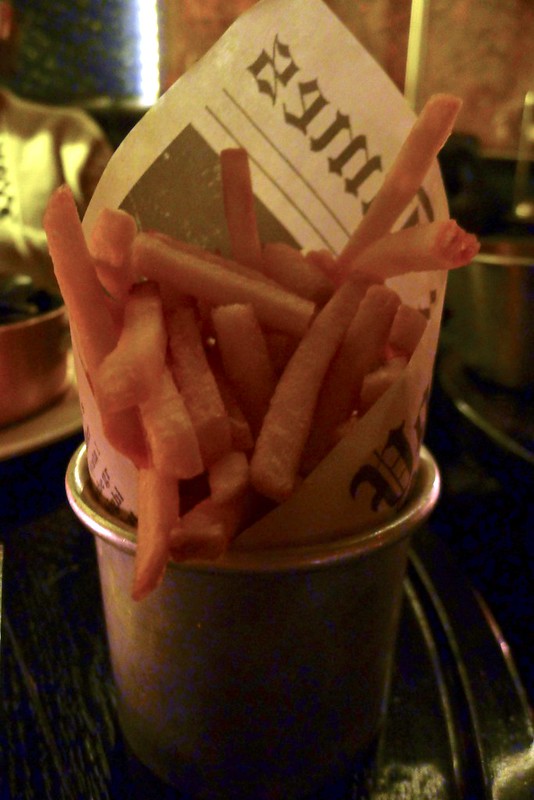 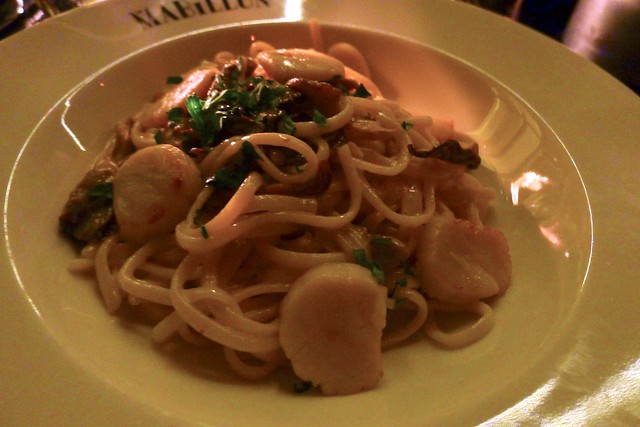 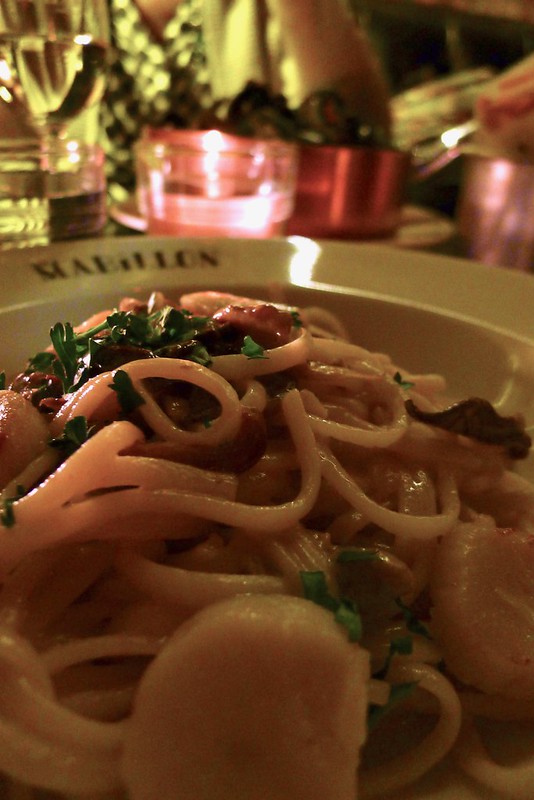 Our slightly overloud neighbours had now left, and we took our time before ordering dessert. After all, there’s no rush – they’re open all night…

We decided on meringue with whipped cream and raspberries, and a house speciality -a caramel and salted butter eclair.

The meringue was a little overcooked, and a little light on raspberries (for 11.50€, we would have appreciated more).

As for the caramel eclair, it was exactly as we had imagined (and we have a vivd imagination!). 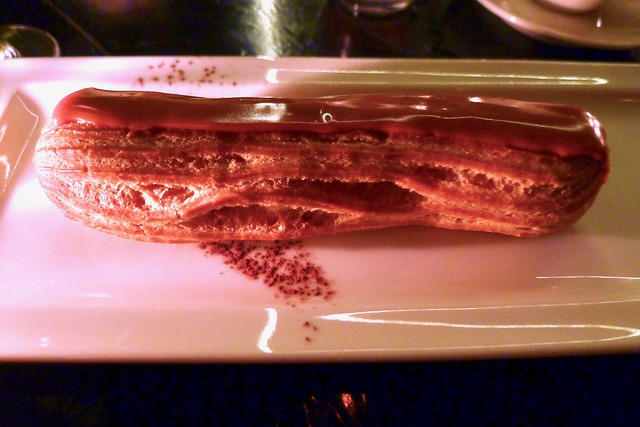 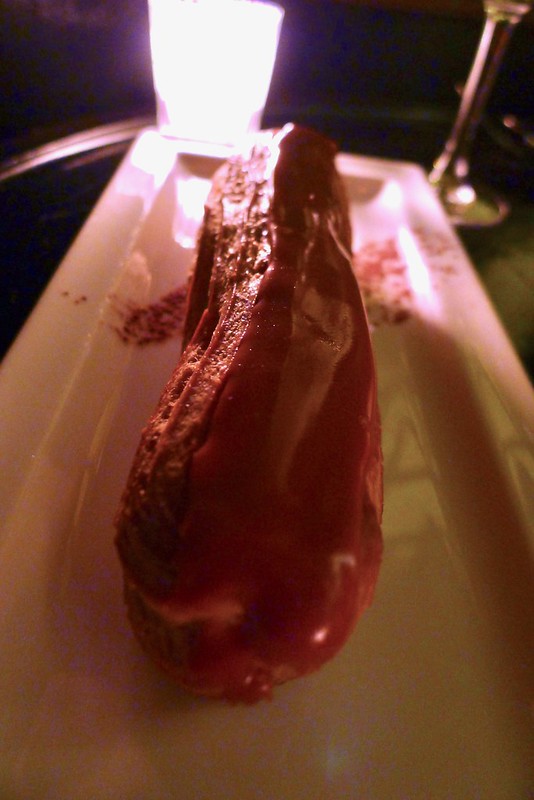 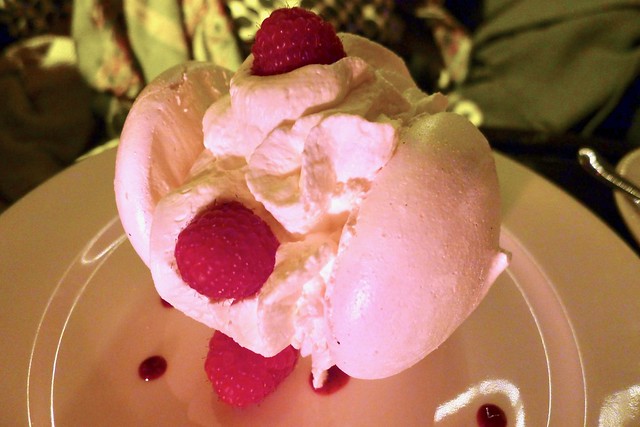 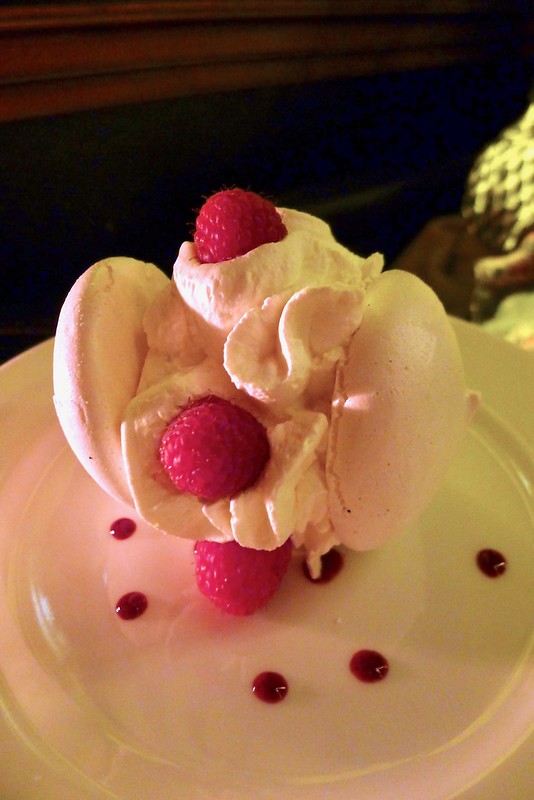 Before eating at Café Mabillon, we were a little scared that it would turn out to be a tourist trap, but it has to be said, we really had a relaxing time there.

Our waiter was charming and efficient, the seats were comfortable, and it’s not over-expensive. The perfect place to eat if you’re hungry outside of normal restaurant hours (after seeing a film or a play, for example), or on a Sunday/Monday when many other restaurants are closed. There’s also plenty of space for large parties, if you are with your extended family.

We think we’ll have to go back down for lunch once it’s warm enough to eat on their huge terrace!

The Café Mabillon (here) is open every day, 24 hours a day!

To check out all our photos of Café Mabillon, simply click here. 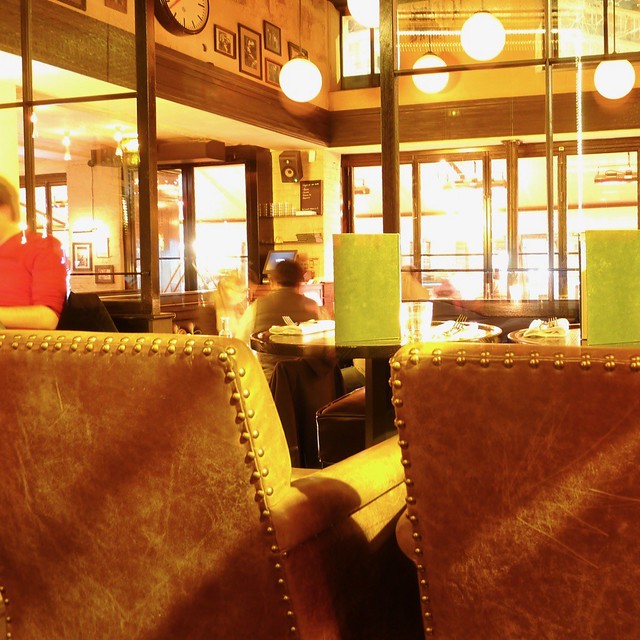