Les Belles Plantes is a brand new restaurant, but we ate here ten years ago when it was called ‘La Baleine’. Back then, it was not a great experience, but everything seems to have changed since then. Or has it?…

Les Belles Plantes is to be found on one side of the Jardin des Plantes, not far from our hotels.

The courtyard of the restaurant is just on the edge of the zoo there, so if you want to have lunch with a view of wallabies and mountain goats, this is the terrace for you!

The terrace is surrounded by ‘belles plantes’ that looked a little thirsty the day we were there, but we’re still wondering why the ivy climbing up the metalwork is plastic. What an odd choice! 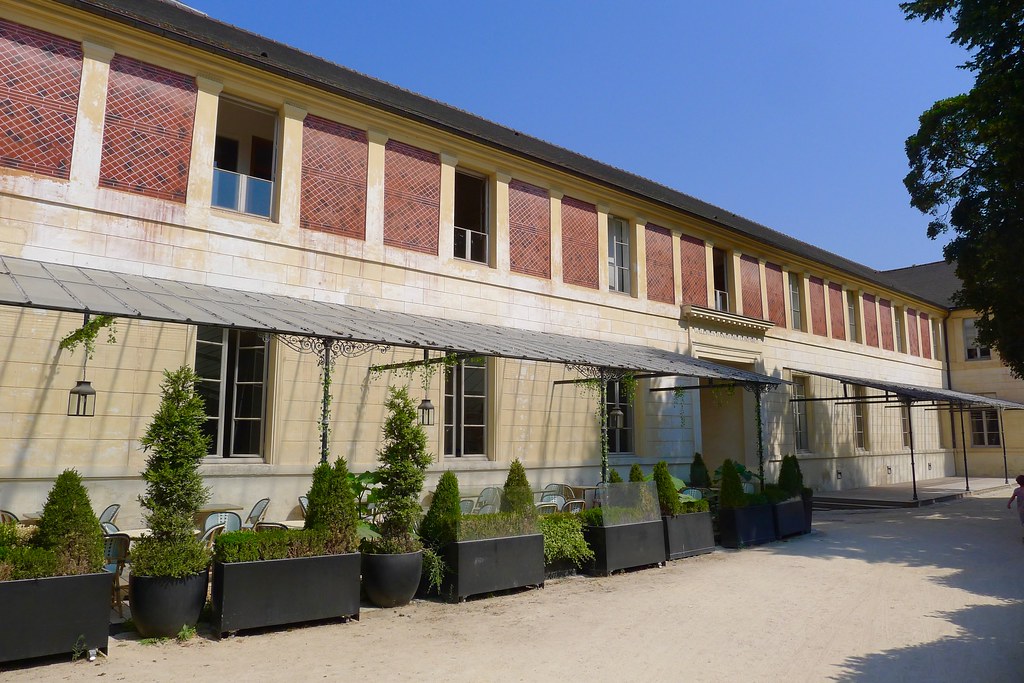 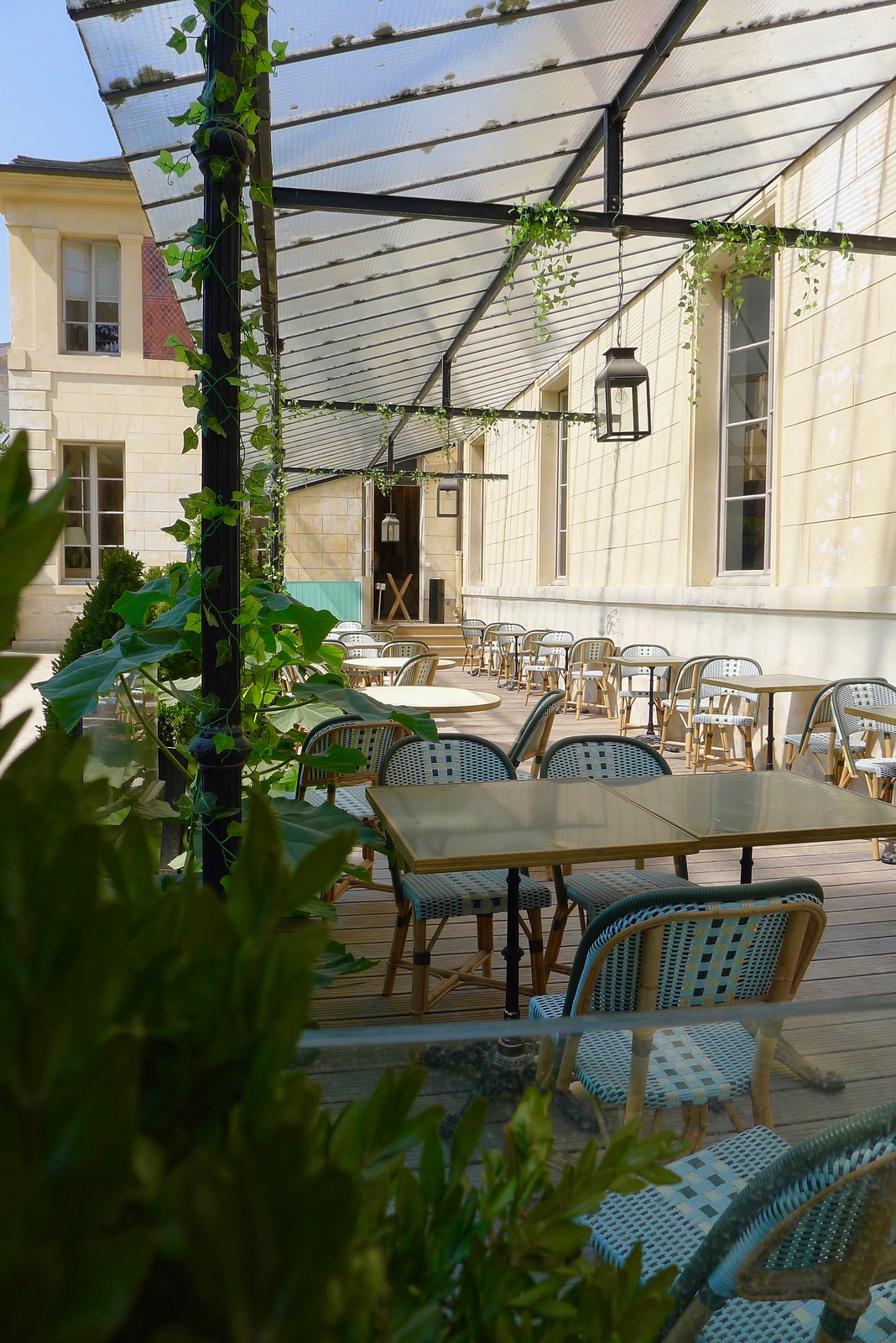 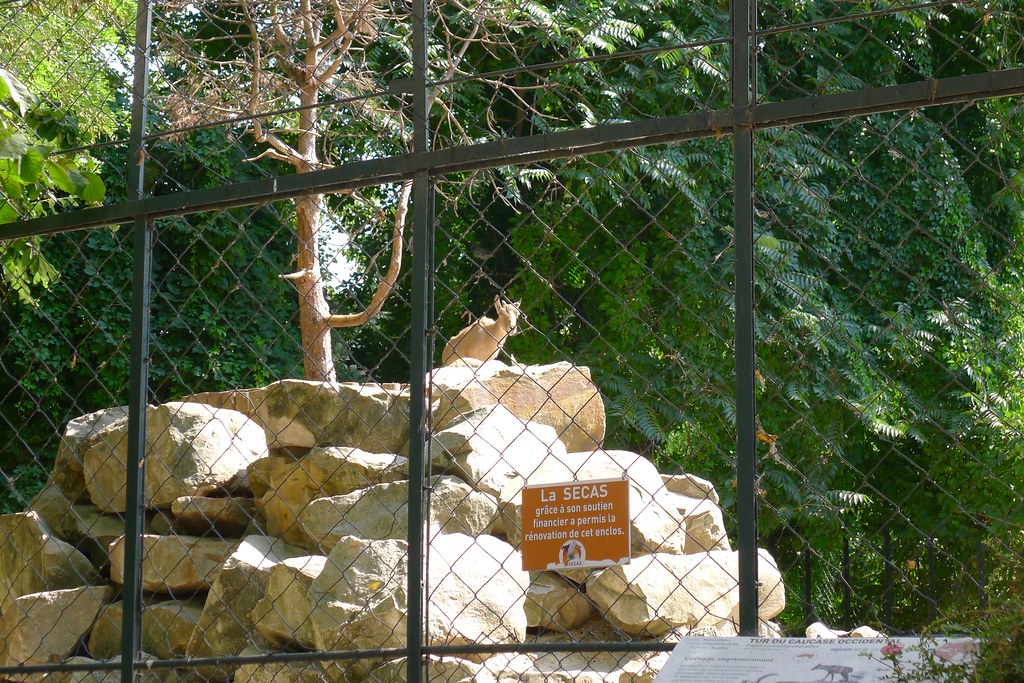 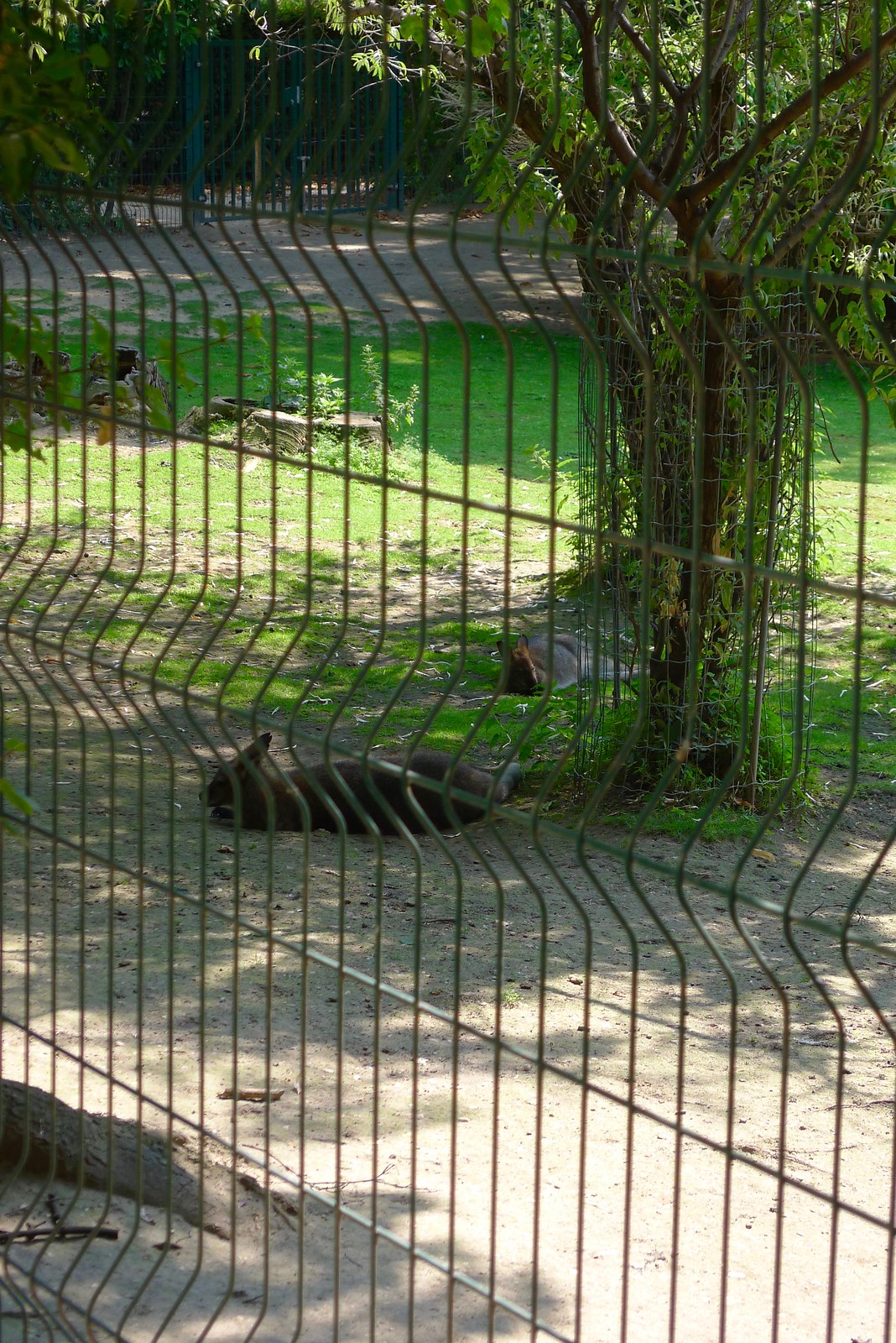 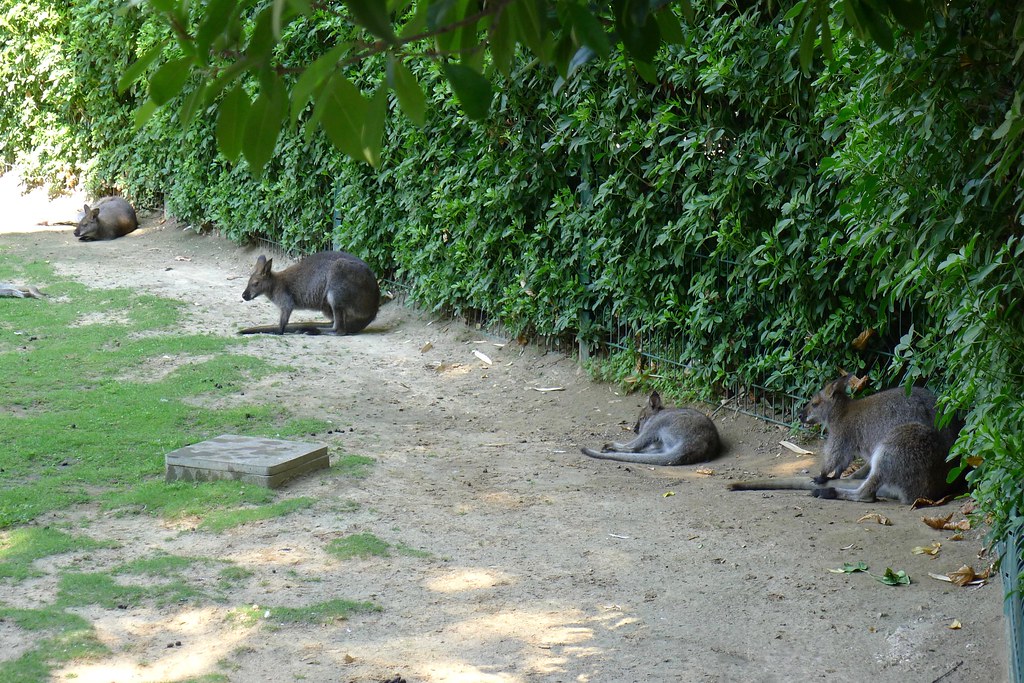 To the other side of the building is another terrace, a lot bigger with a lounge and bar area. It’s a great space with plenty of shade and greenery (all of it real this time). 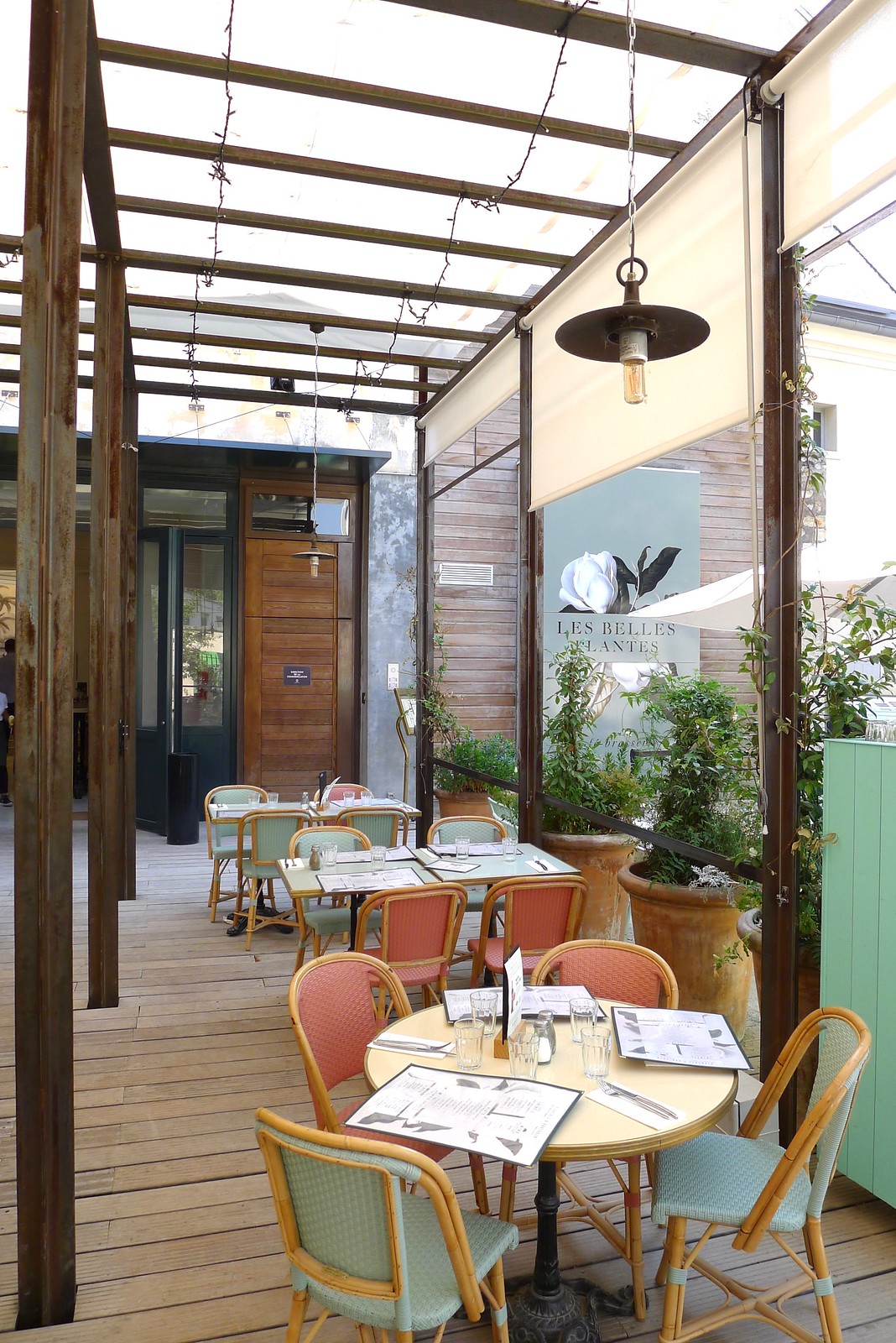 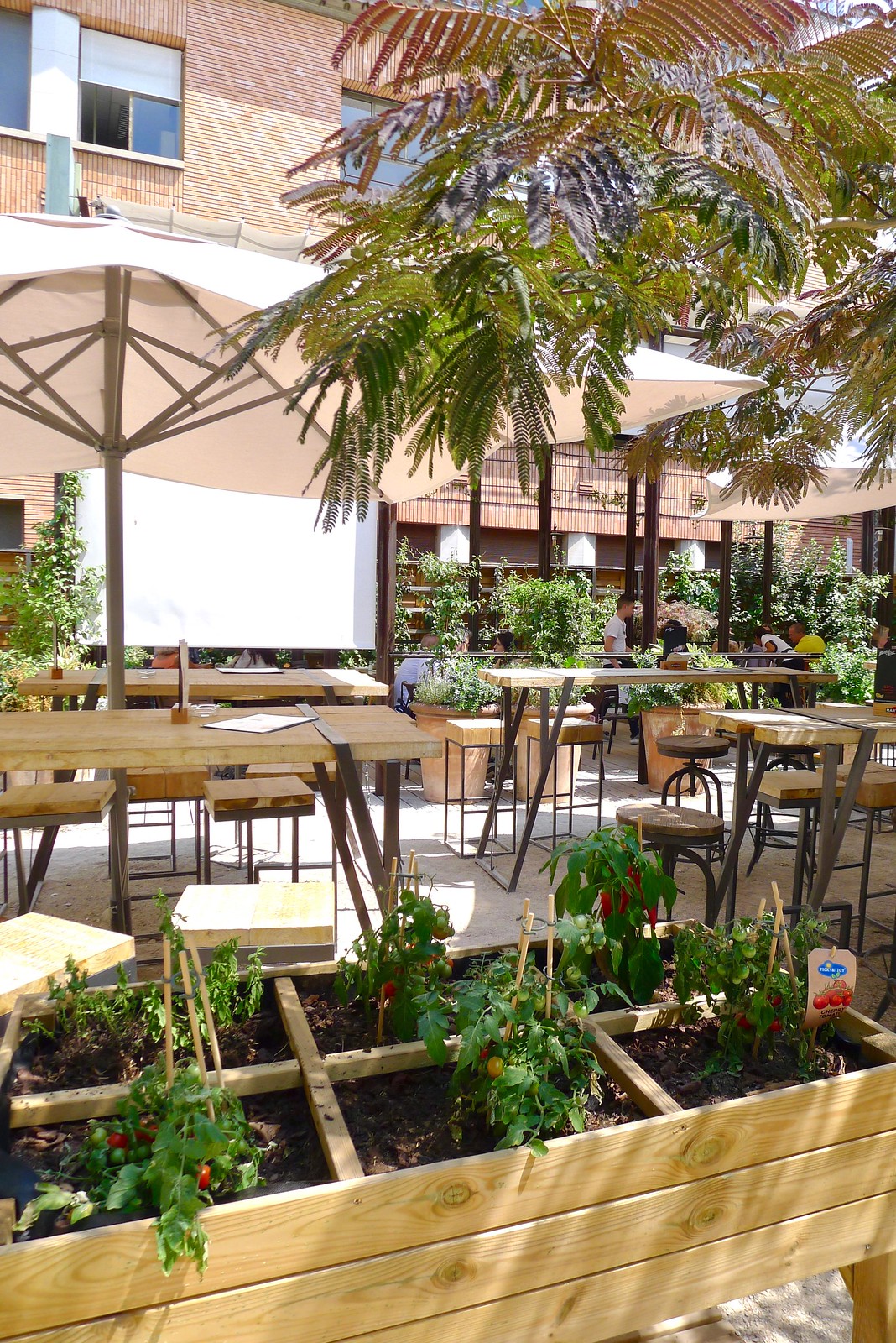 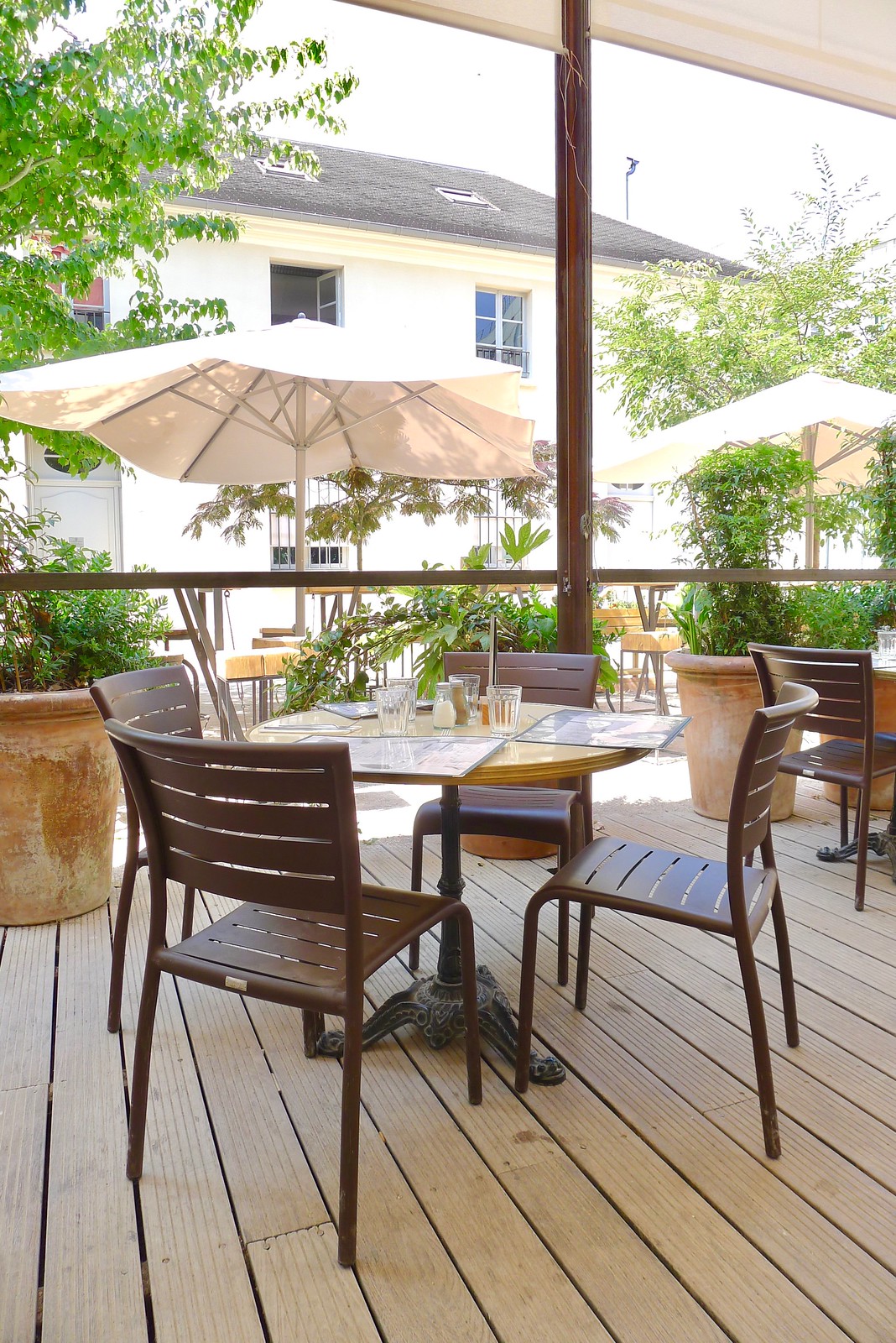 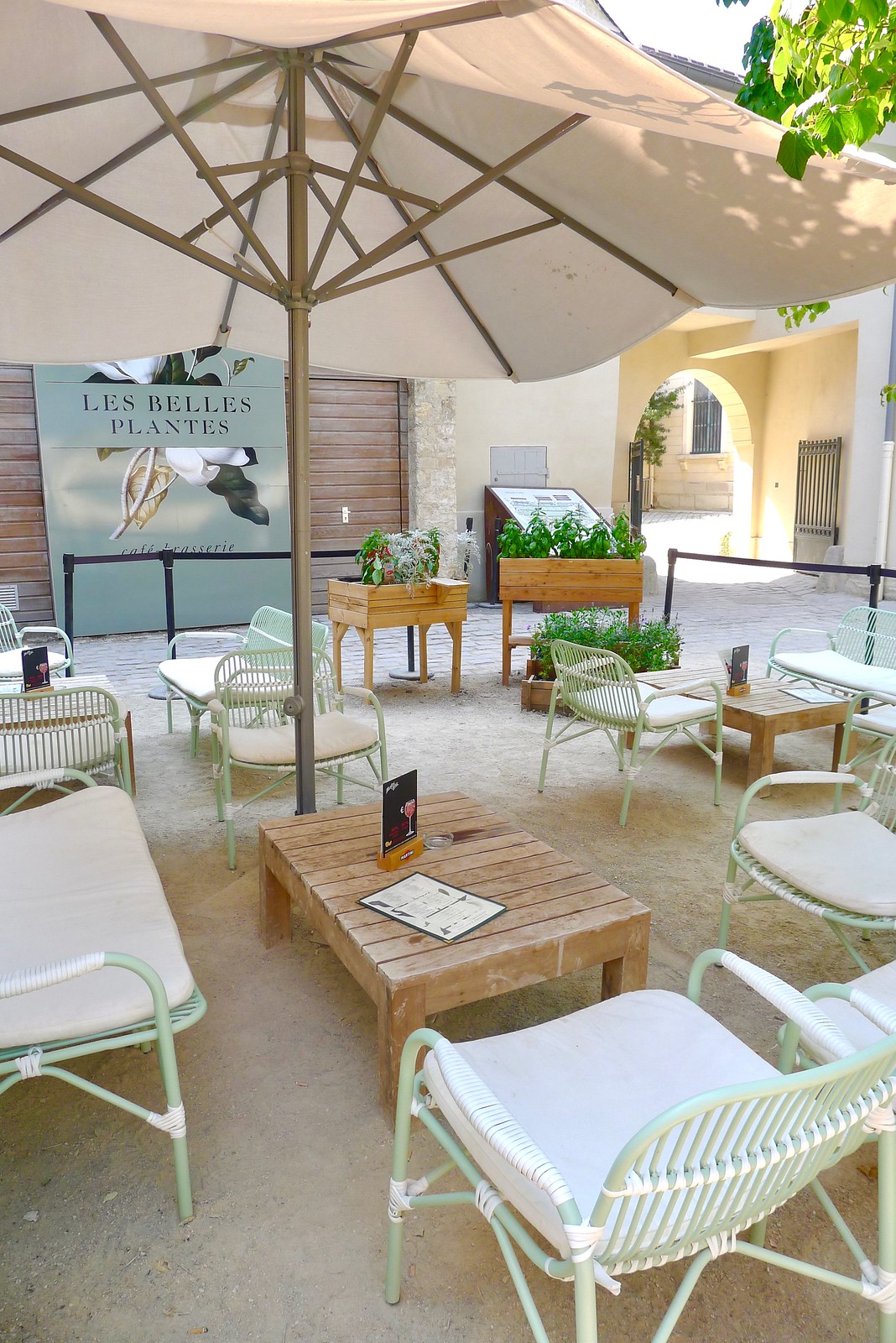 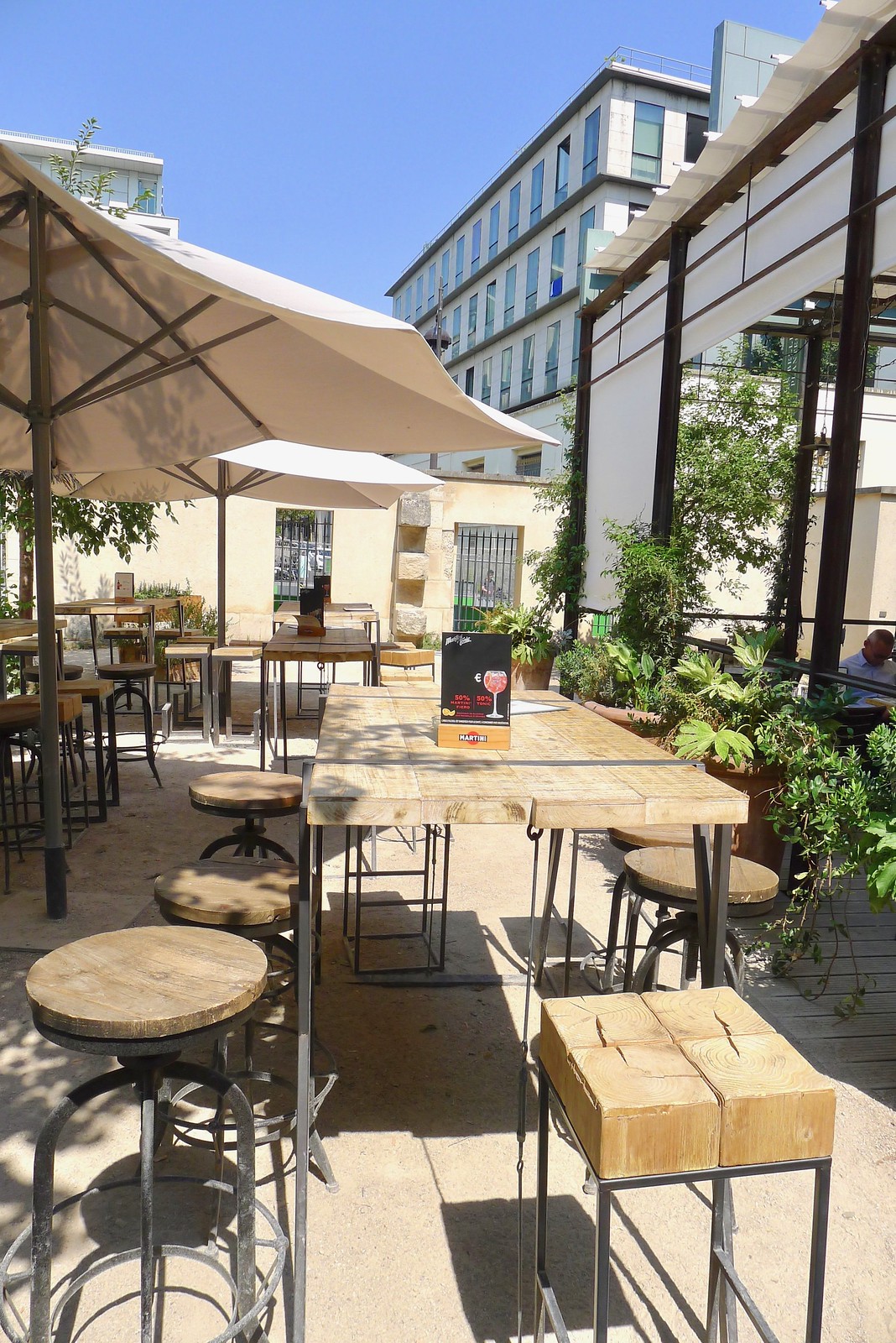 Even the inside rooms are nicely decorated, with high ceilings and a lot of natural light. You wouldn’t know from outside, but the place is pretty big! 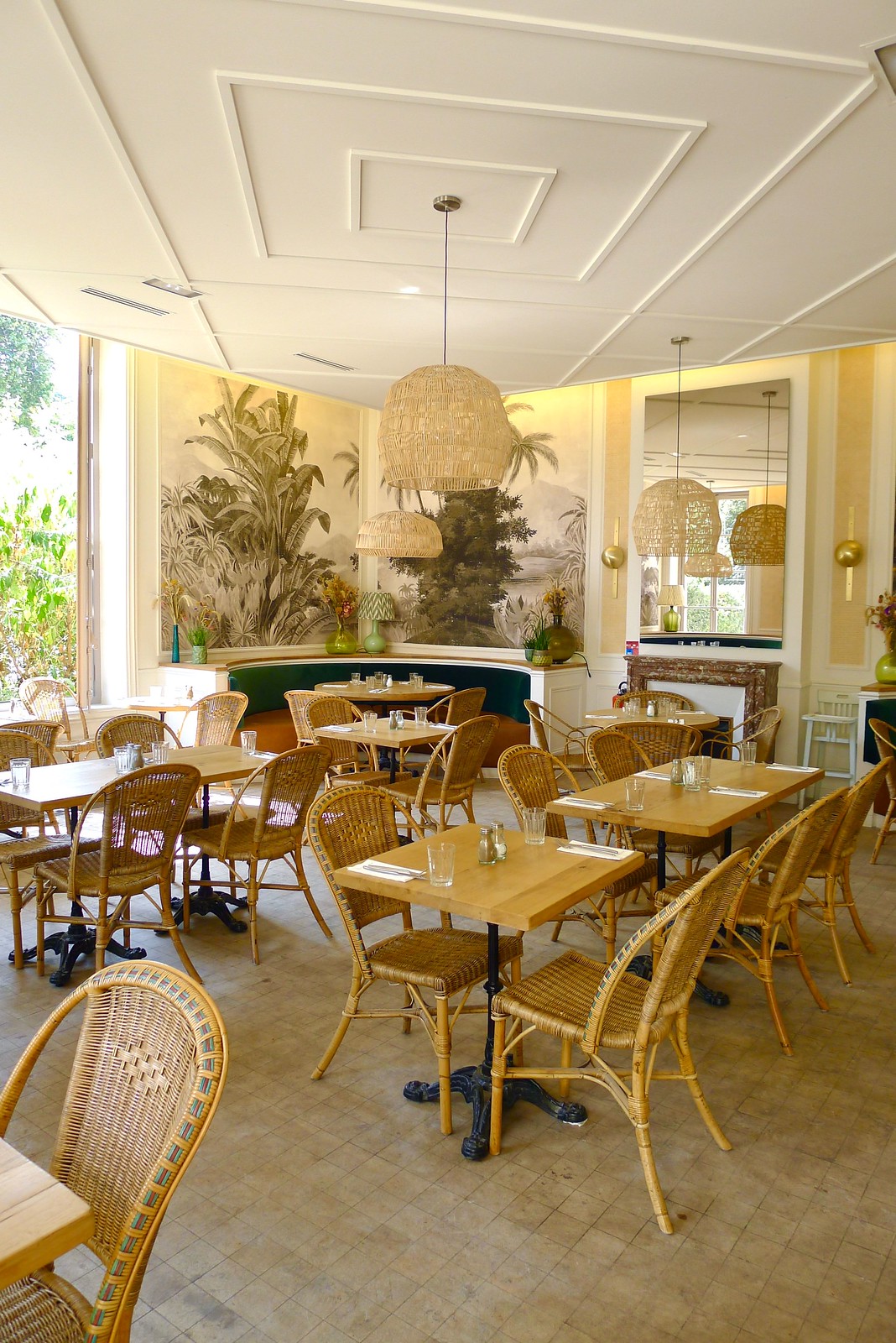 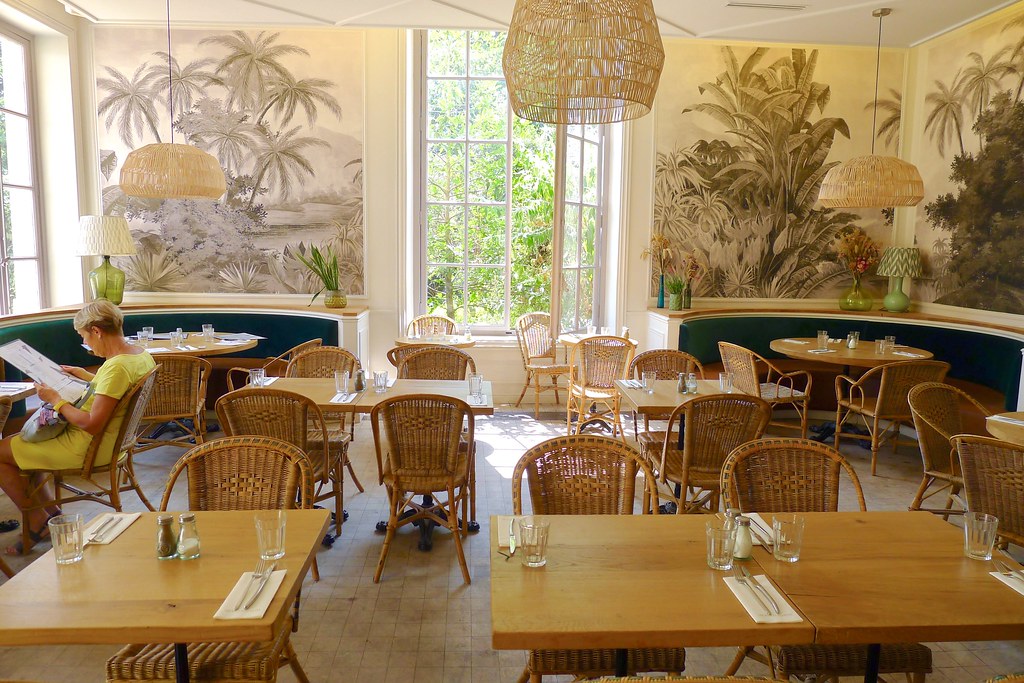 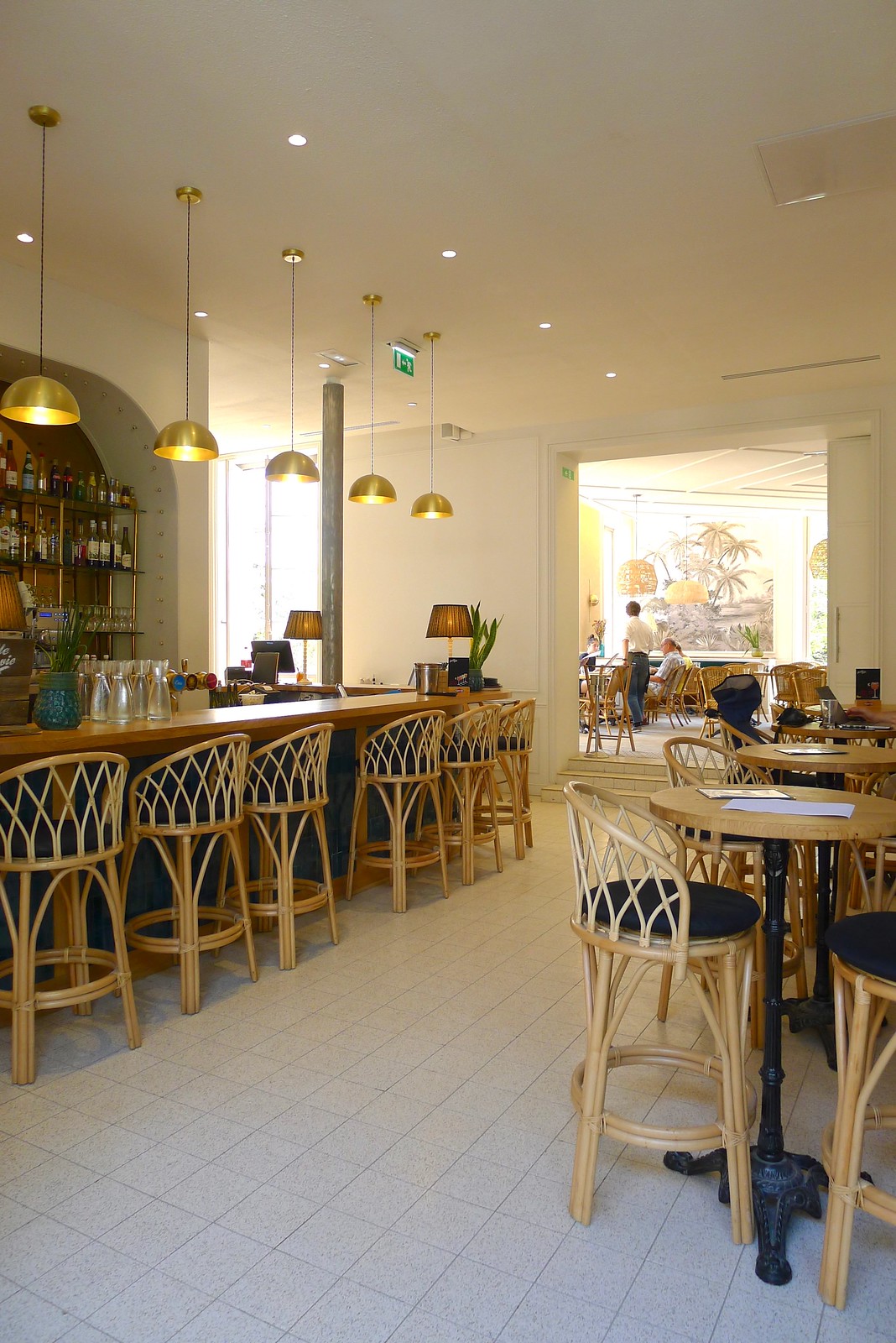 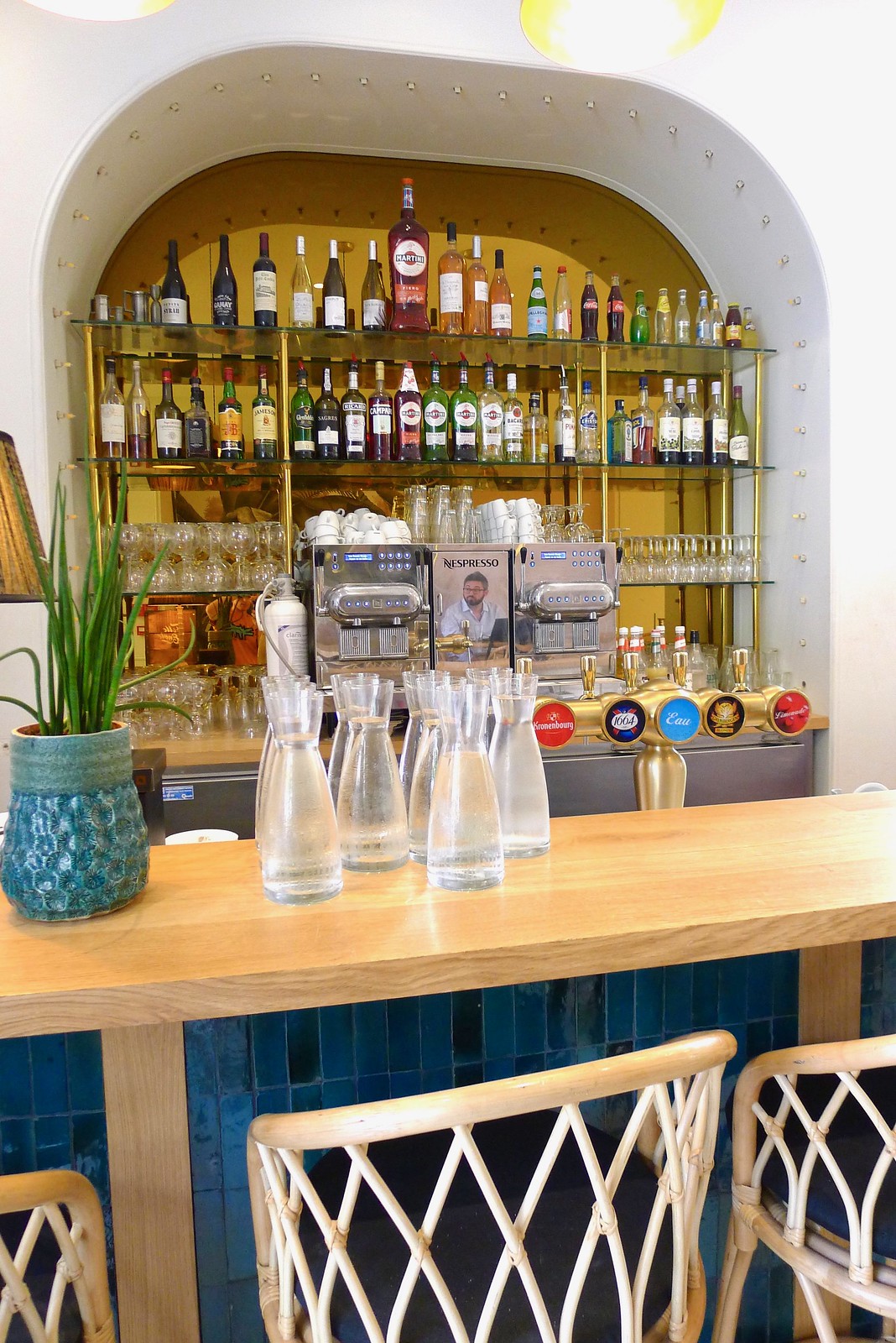 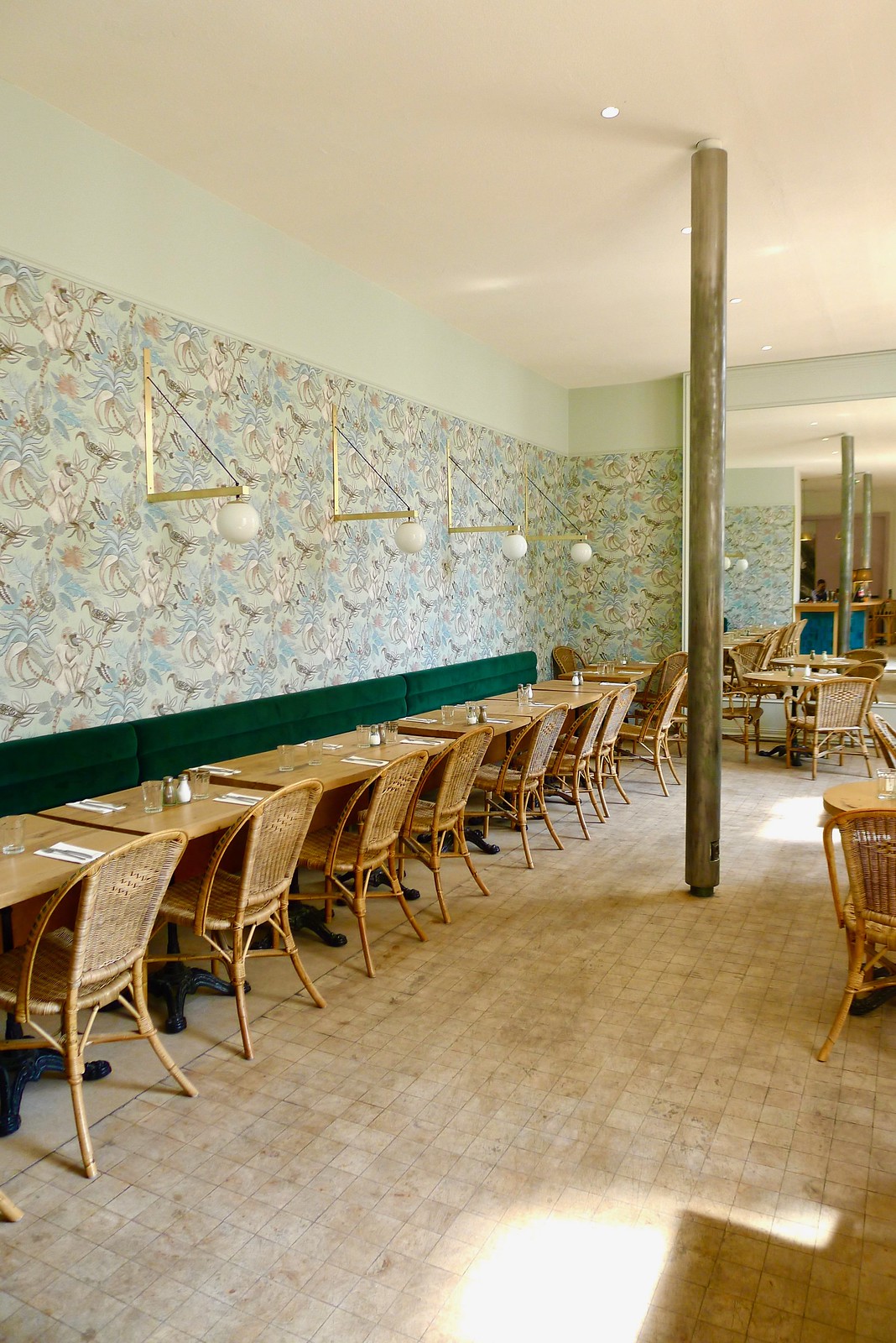 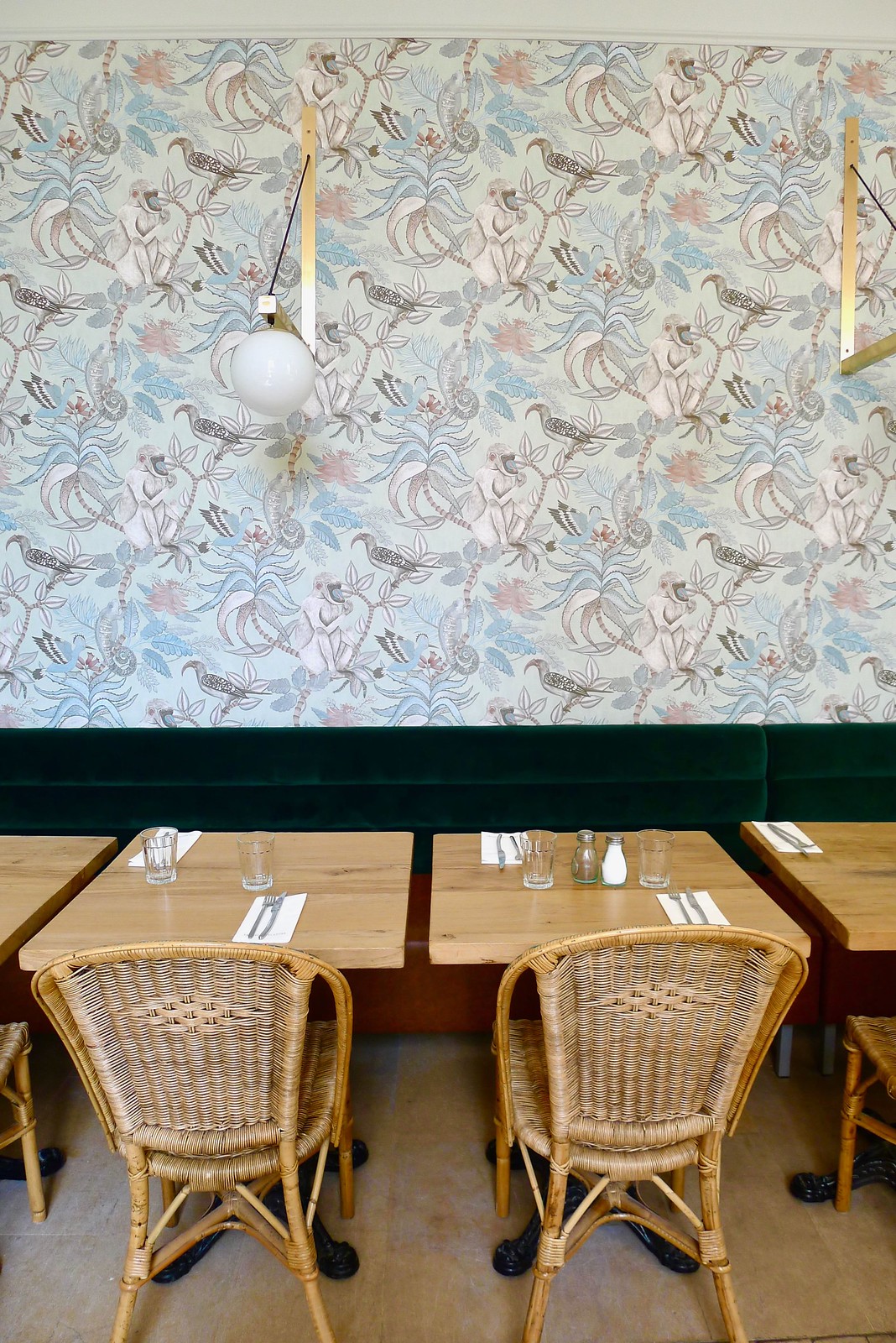 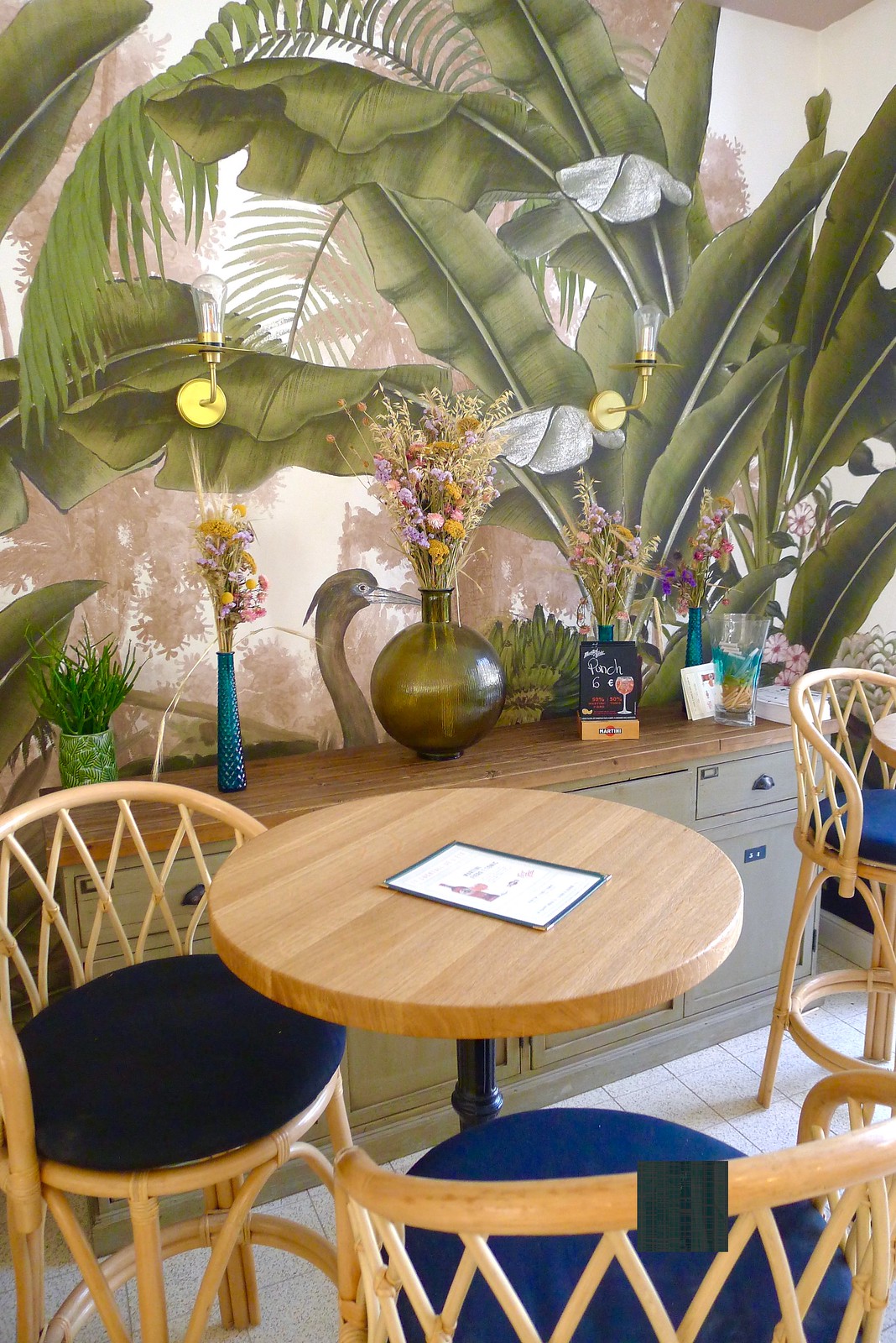 We chose a table on the large terrace to have a little air, but unfortunately this also meant putting up with other people’s cigarette smoke.

And because the Jardin des Plantes and Natural History Museum are just next door, there are a lot of children at the restaurant. A very large number of children.

And tourists who don’t seem afraid to brush past or hover over you while they take one, two or ten photos of their family lunch.

It’s all part of the Paris terrace experience of course, and not the fault of les Belles Plantes.

However, when your waitress brings you the two glasses of white wine you’ve ordered, warmed up by being cupped in her hands, that’s not great. As it turned out, a few other ‘not great’ things were in store… 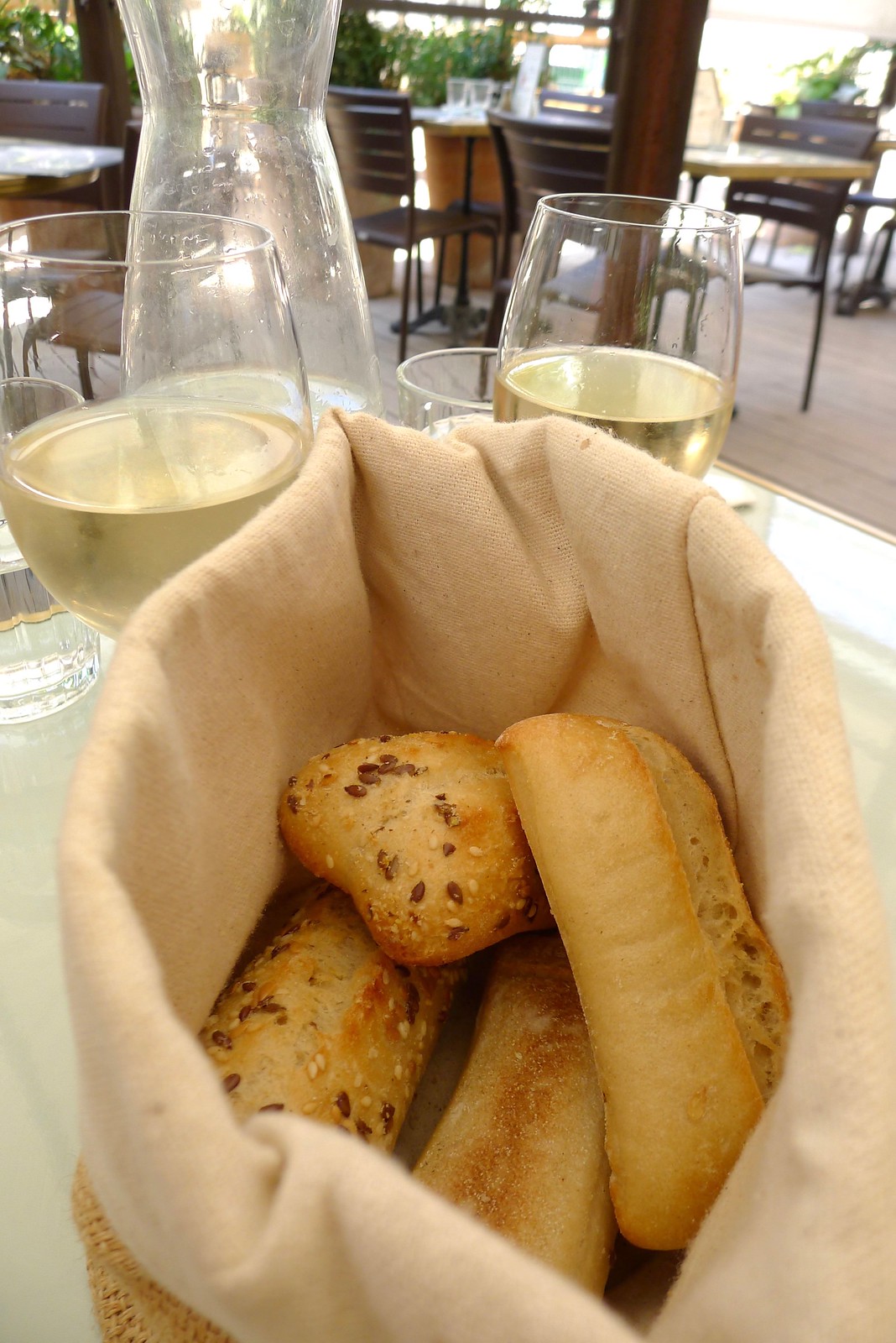 We decided to start by sharing a burrata, which arrived with a small rocket salad, skinned tomatoes (good idea!) and what looked like a dried up piece of seaweed(?).

While the cheese was fresh and creamy, unfortunately the dish as a whole was very neutral, lacking seasoning. Acceptable, but not exceptional. 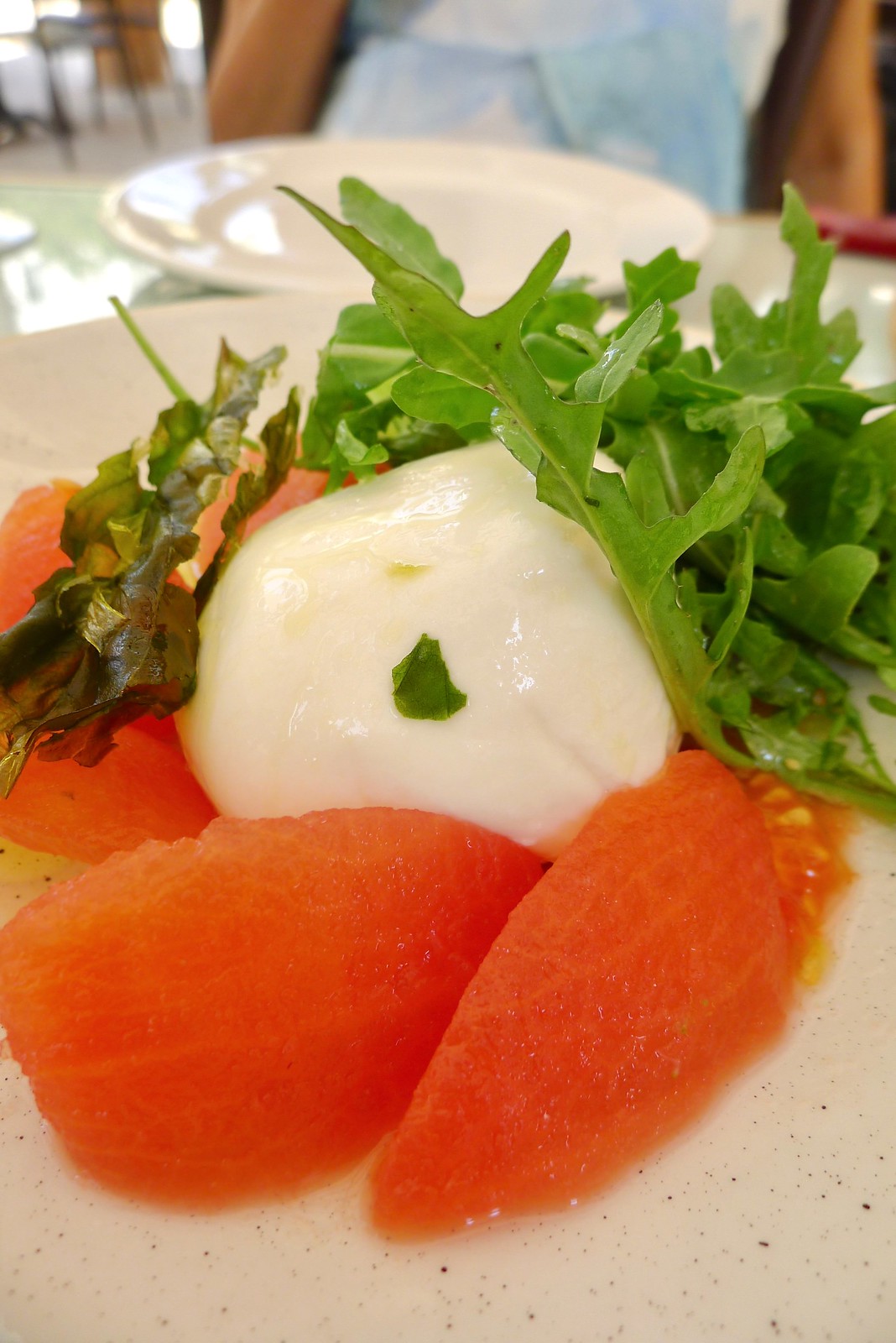 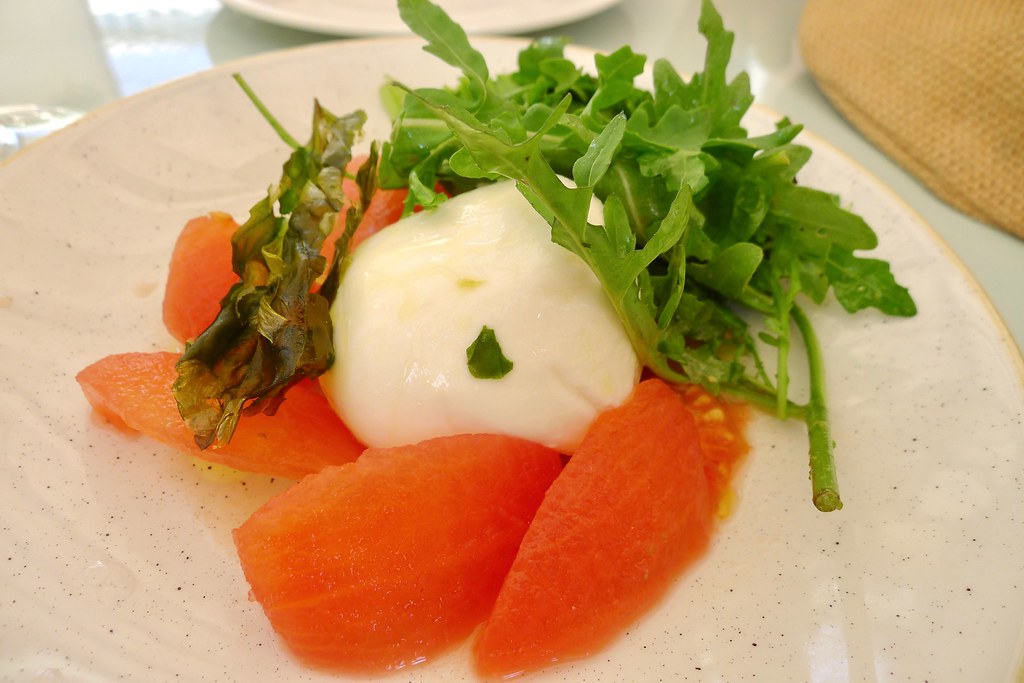 For the main dishes, we chose a vegetarian club sandwich (19€! As expensive as most of the meat dishes!) and fish & chips.

While the club sandwich looked plump and full of grilled vegetables, the avocado mentioned on the menu was nowhere to be found, and the lowest slice of bread was sopping wet. Oh, and it wasn’t very tasty at all. 😥 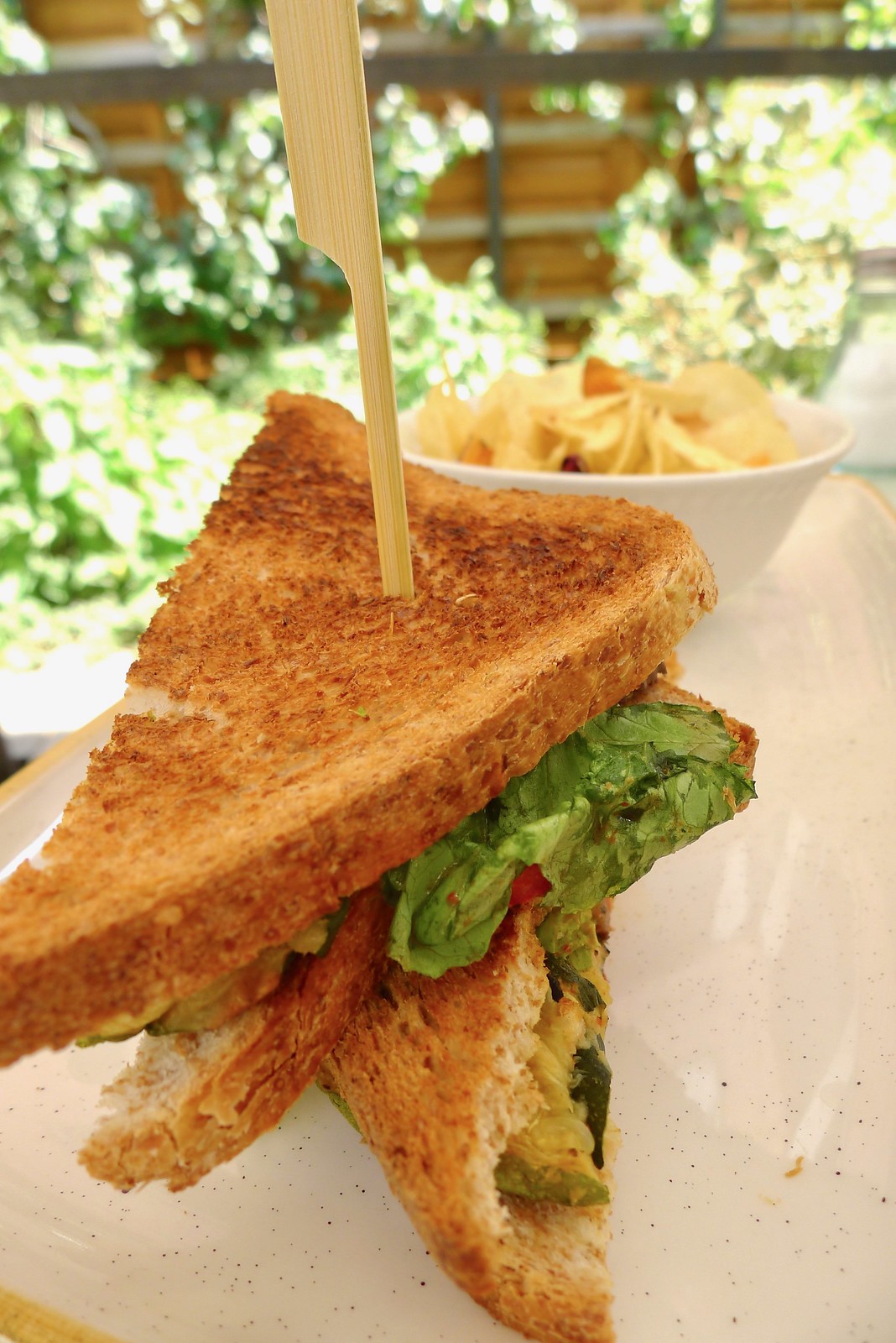 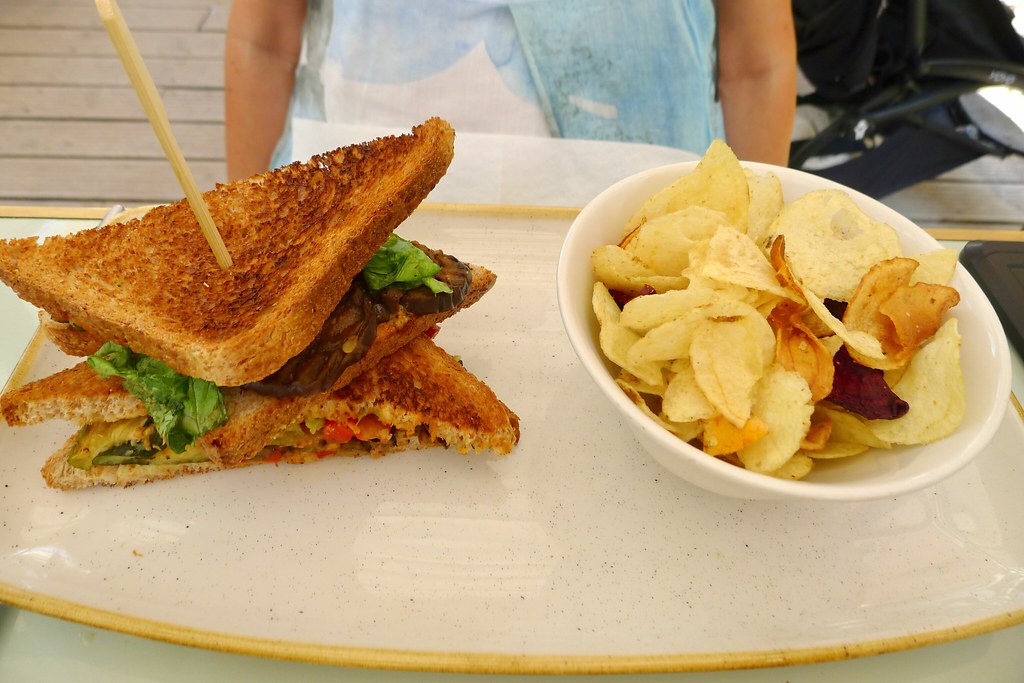 As for the fish & chips, it was more of a success. The serving of chips was generous, but the fish was undoubtedly frozen and the tartare sauce came in a tacky plastic container (although I suppose we shouldn’t be too fussy with a dish costing just 15.50€). 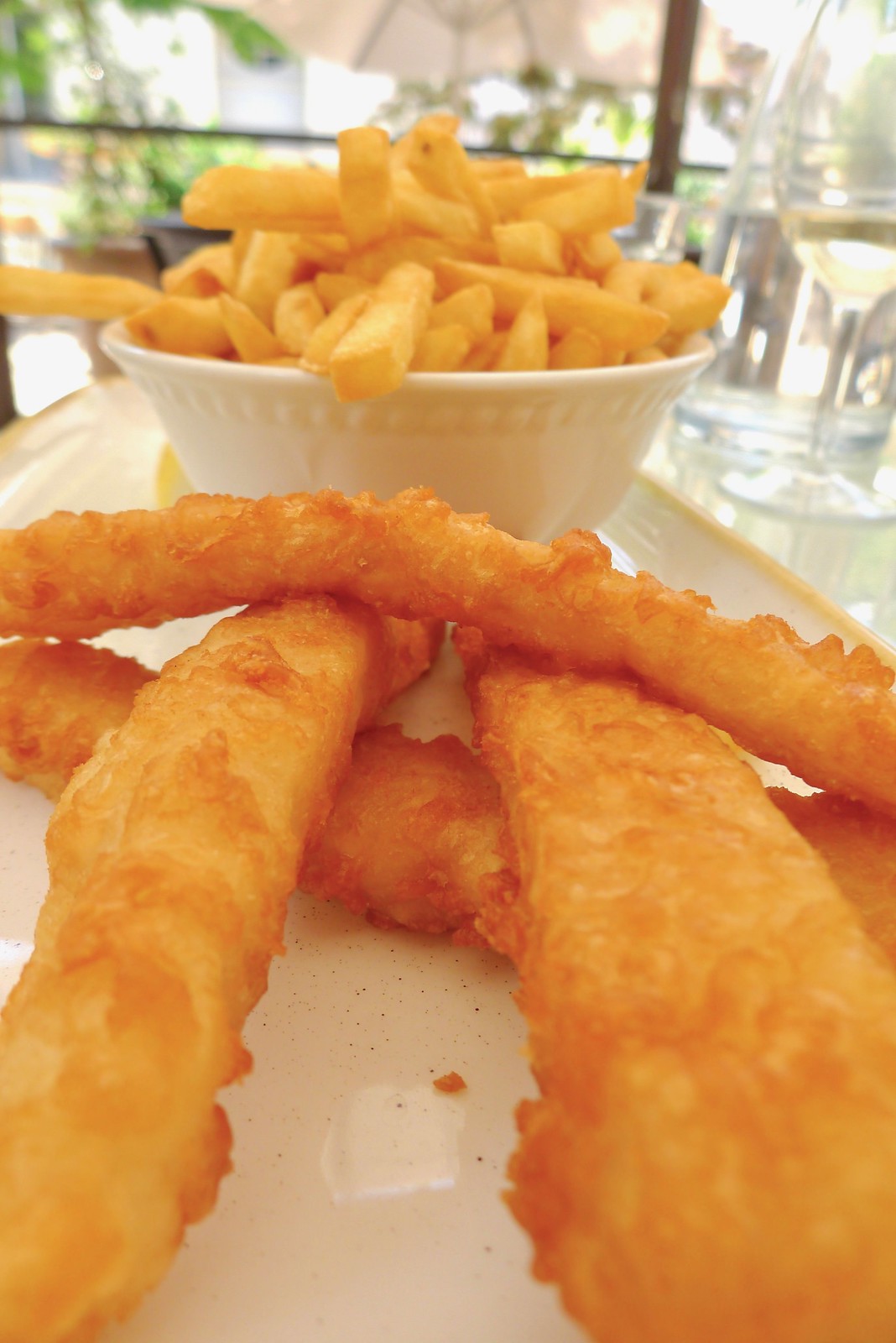 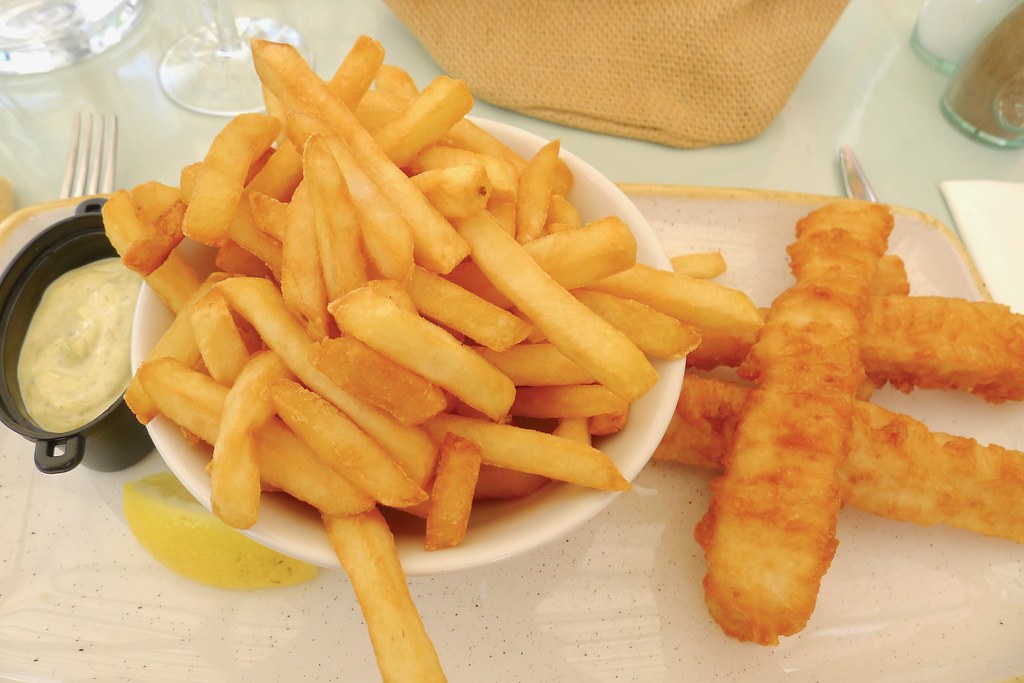 While taking away our plates, the waiter managed to drop a knife directly onto my glasses. Again, not great. 😕

Alas, the caramised surface of the crème brûlée was underdone, leaving it soft, with some patches of uncaramalised sugar. Luckily, the cheesecake turned out to be rather fine. We’re guessing it’s not made on site.

Then came ‘not great’ event number three. When ordering the desserts, we asked for an espresso coffee each (pretty dear at 6.20€ for the two of them), and the waiter asked whether we would like them after our dessert or served at the same time.

We said “at the same time”, but during the fifteen-minute wait for everything to arrive, he had clearly forgotten, and it took a good five minutes for the coffee to be finally ready, meaning that we had all but finished our dessert. A bit of a shame. 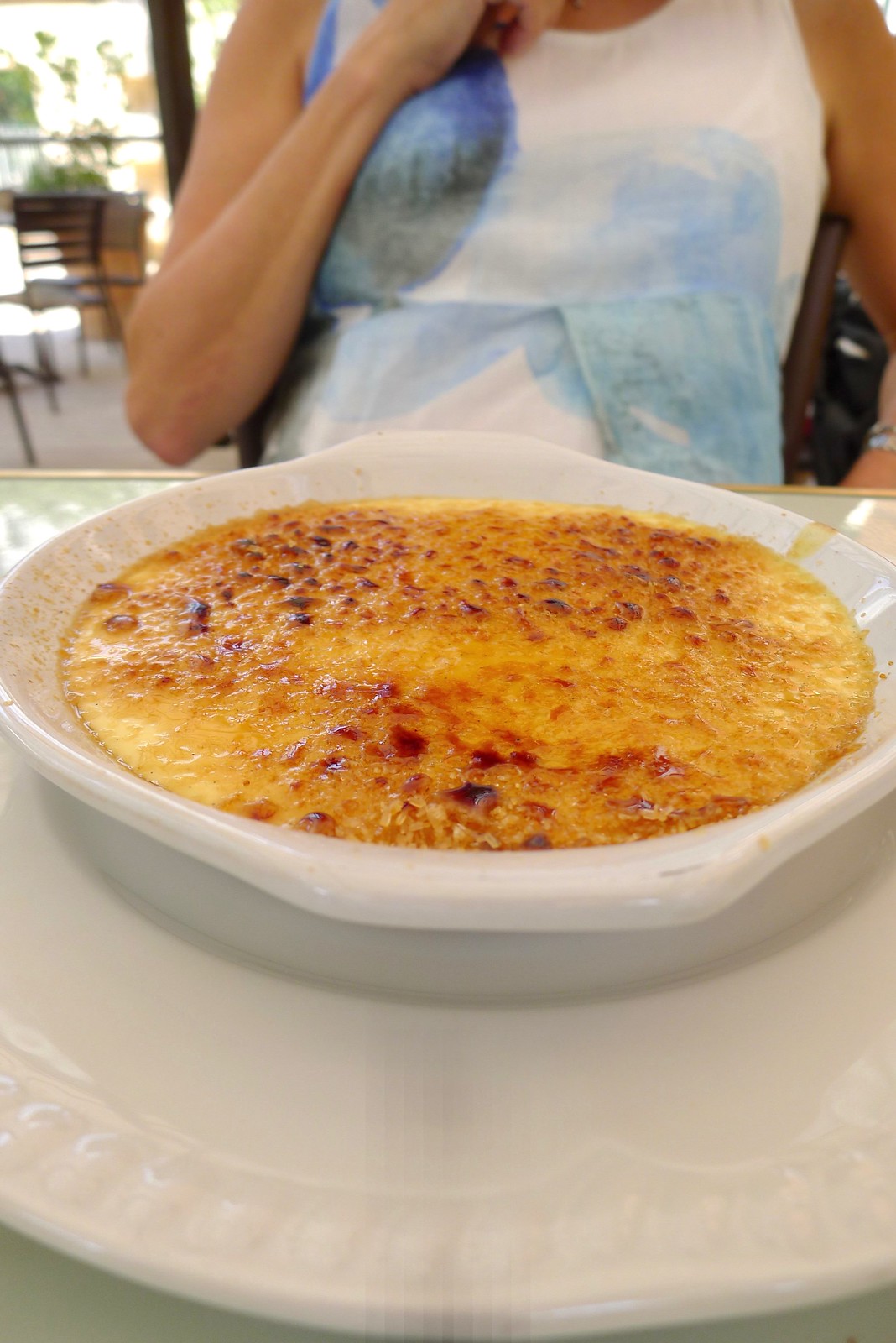 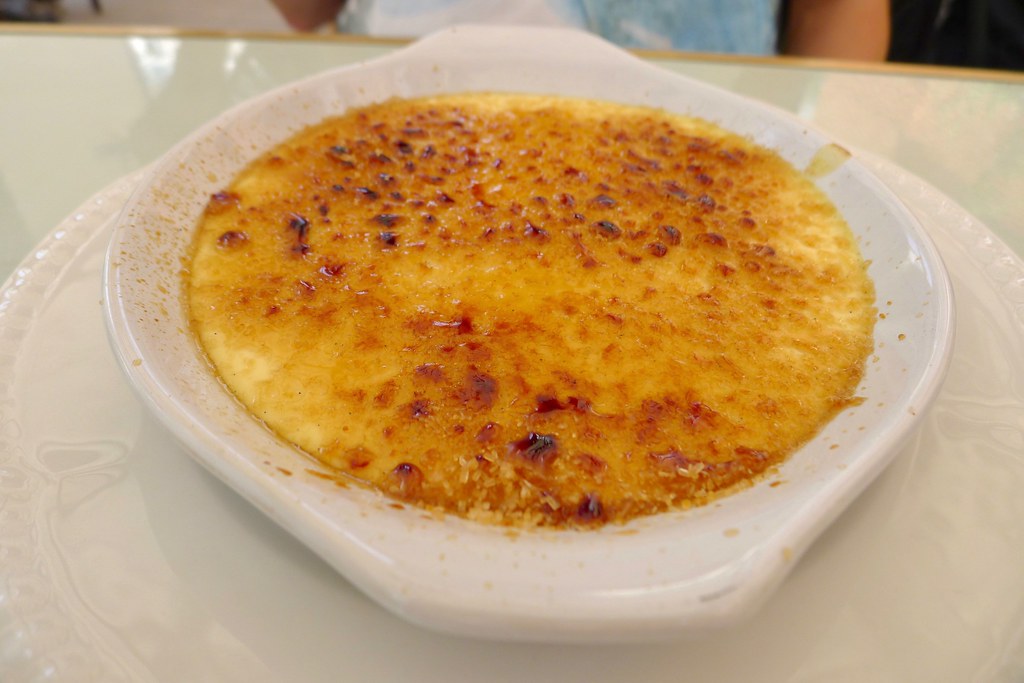 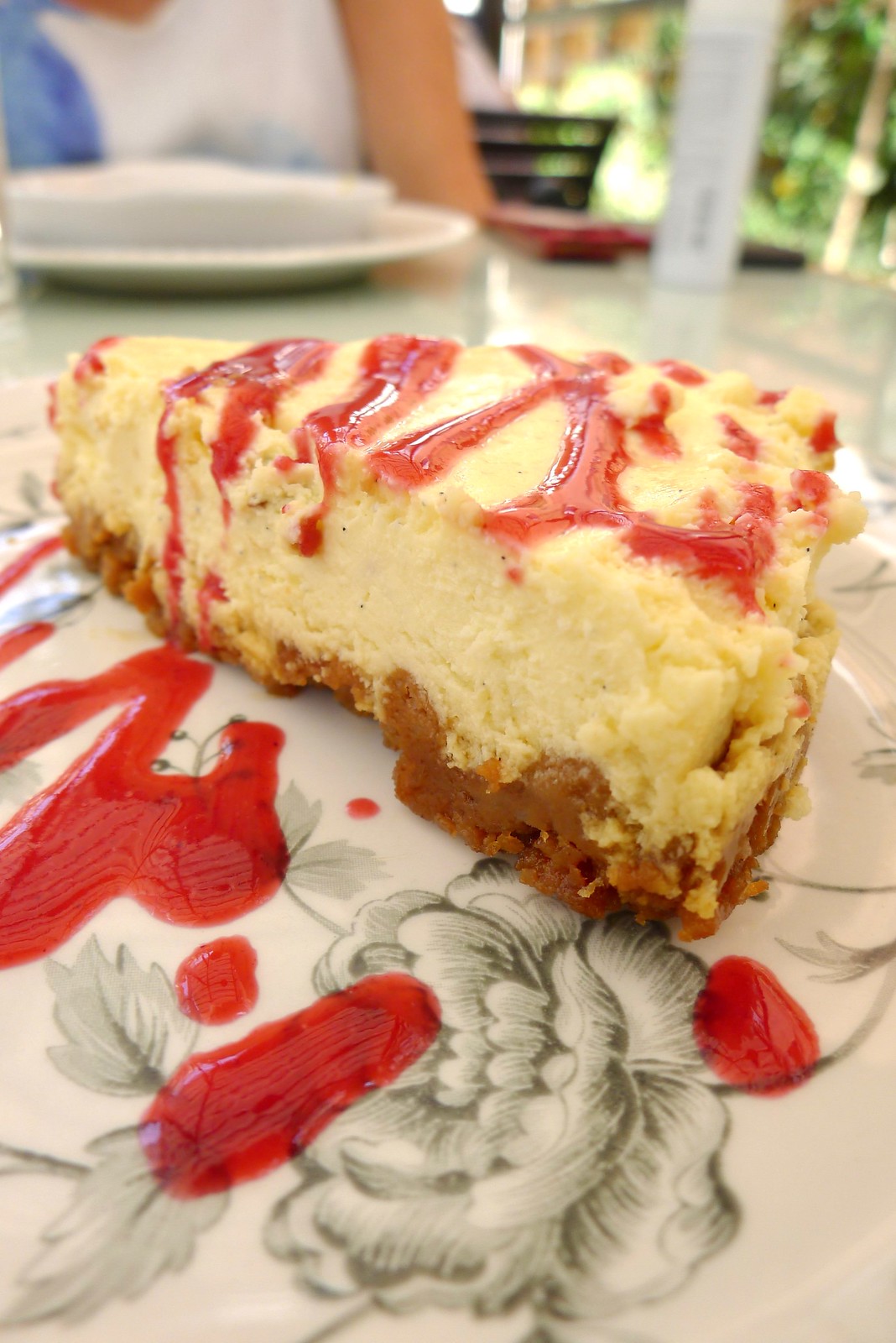 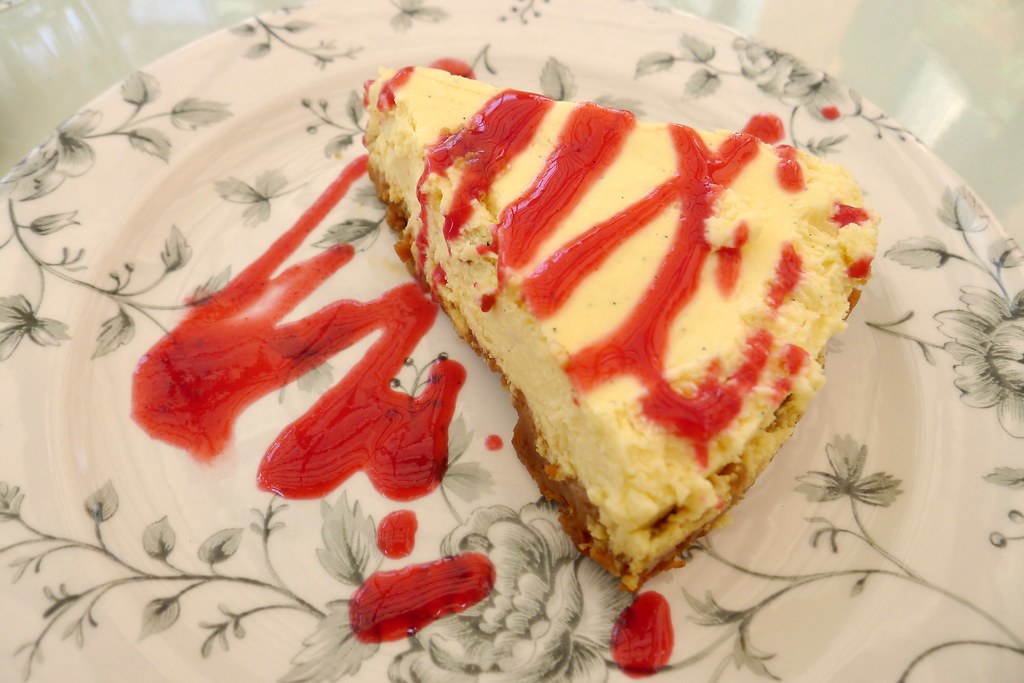 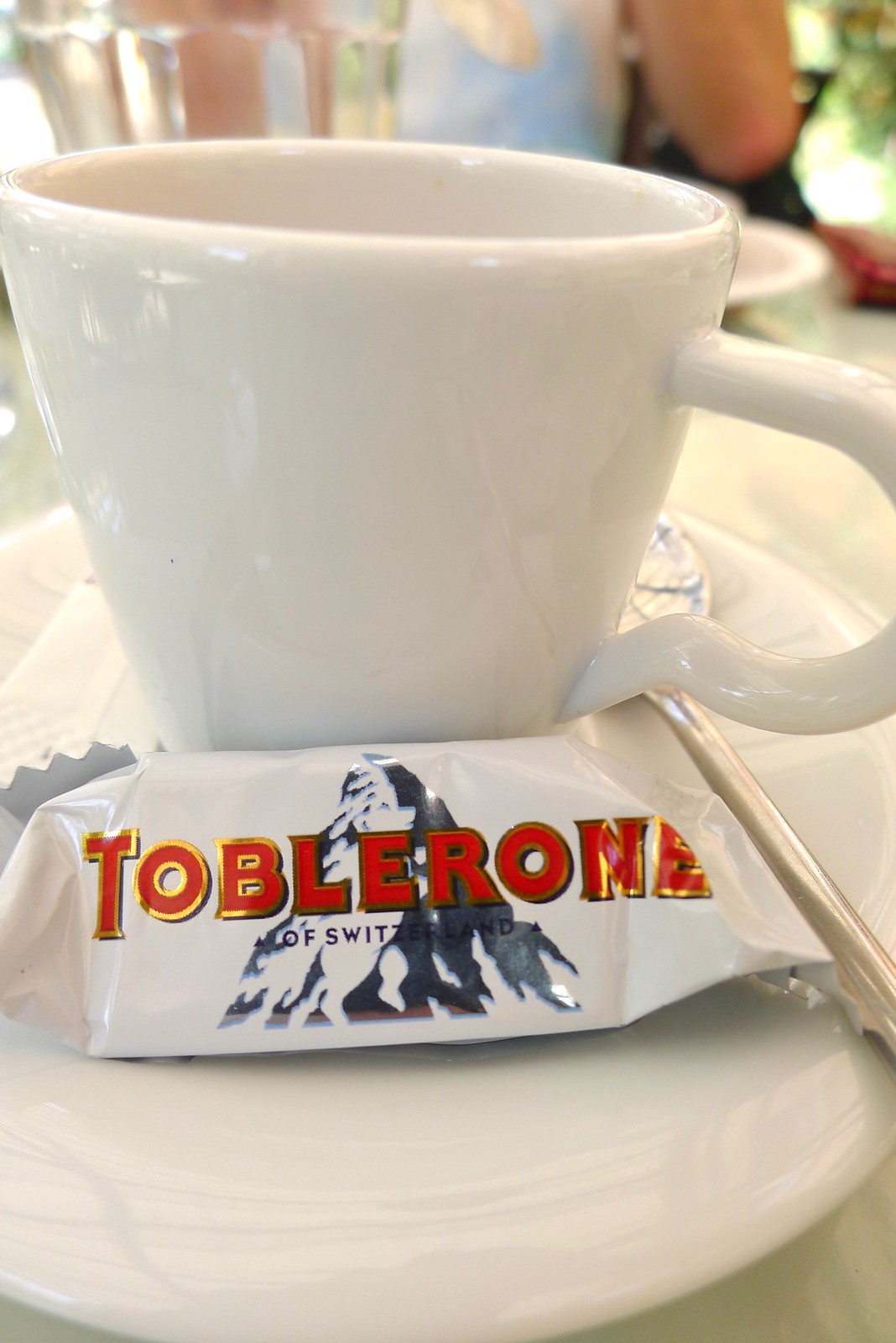 And just a few seconds after finishing our desserts and putting our spoons down, for some reason the bill was placed on our table as if to say, “you can pay and go now”. We really don’t appreciate that sort of attitude. Not great, number four.

So it seems Les Belles Plantes caters more for families leaving the Jardin des Plantes, the zoo or the Museum. The kitchen is open all day from midday to 10.30pm every single day of the week, and the simple menu of classics has been designed to please as many people as possible (especially kids).

The interior is rather pleasing, but the prices are fairly high and the service could do with a little more refinement (we don’t even dare imagine how it must be when the place is full).

Perhaps as the restaurant is brand new, they need a little time to get everything coordinated properly? For the moment, the service needs tightening up, and the kitchen staff need to learn how to season a dish.

It’s a simple choice for groups and families who don’t want to go too far after their visit, but we think the restaurant could improve quite a few points and make the experience more memorable…

Les Belles Plantes (here) is open every day from midday to 10.30pm

To see all our photos of Les Belles Plantes, click here.

A post shared by RESTAURANT LES BELLES PLANTES (@lesbellesplantes.restaurant) on Jul 29, 2018 at 2:42am PDT