If spending time in a shopping centre is your idea of hell, not a holiday, you may yet enjoy the Beaupassage experience.

This smart new food and art adventure-slash-experience covers 10,000m², and opened a couple of months back (close to our hotels) with a new concept – a dozen or so food-related venues (restaurant from Michel-starred chefs, a chic butcher’s, upmarket delicatessens, an organic supermarket…) a gym (chic, obviously), a modern art gallery (in a restaurant!) and five moder art installations that you’ll no doubt bump into on your travels around the place.

It’s calm, it’s fairly expensive, and we went down to check it out…

The former Récollets convent used to be here,but now Beaupassage has arrived, with three entrances on different sides, giving you a different approach depending on where you arrive from.

If you enter from 83/85 rue de Bac, there’s a tiny passage that barely hints that there’s a shopping complex just metres away. You’ll soon bump into a piece of street art though, actually a specially-commissioned piece by Romain Bernini caled Grans Bwa (“Grand Bois”), “a pictorial voyage like a dialogue between the order and disorder of the world”. If you say so… 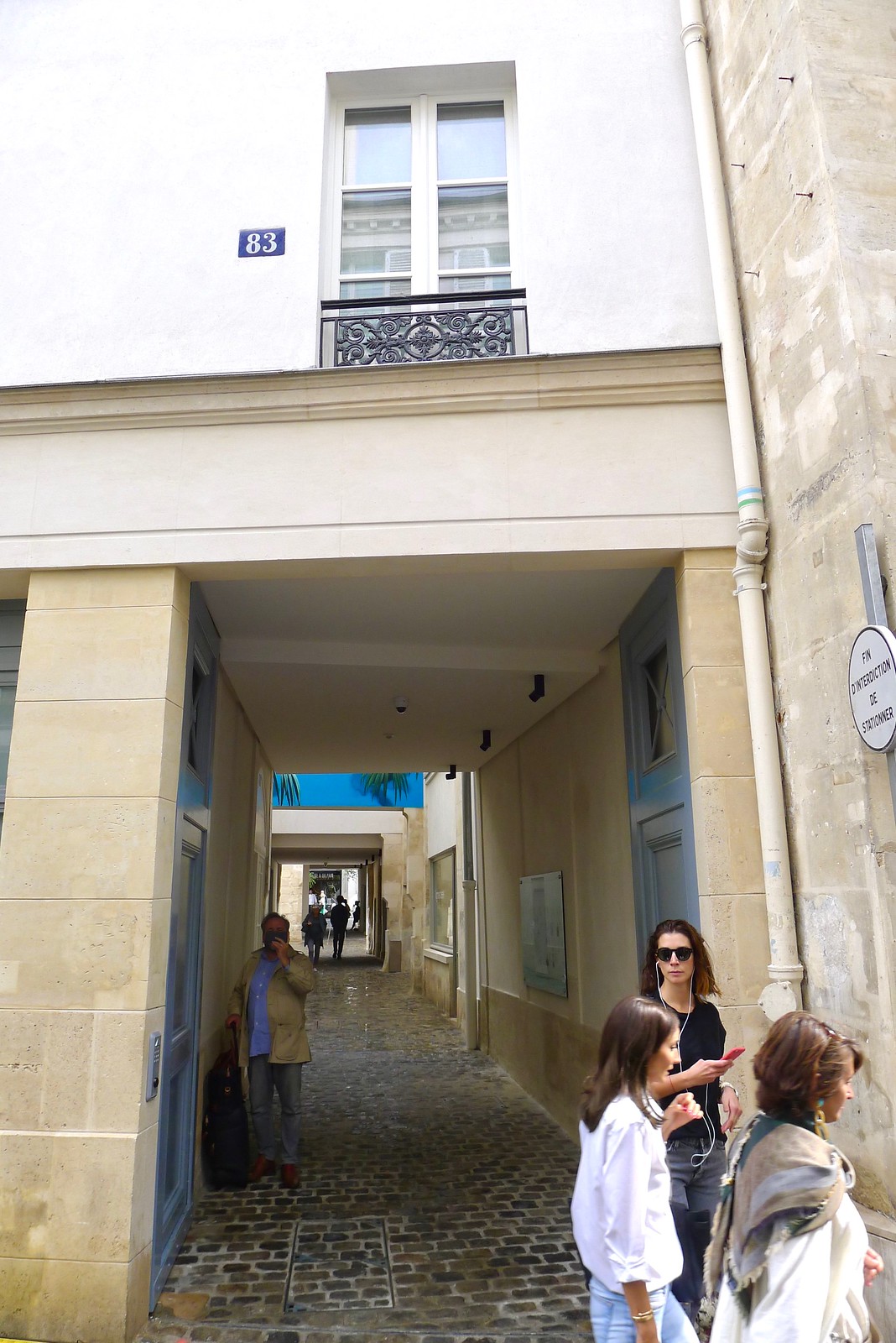 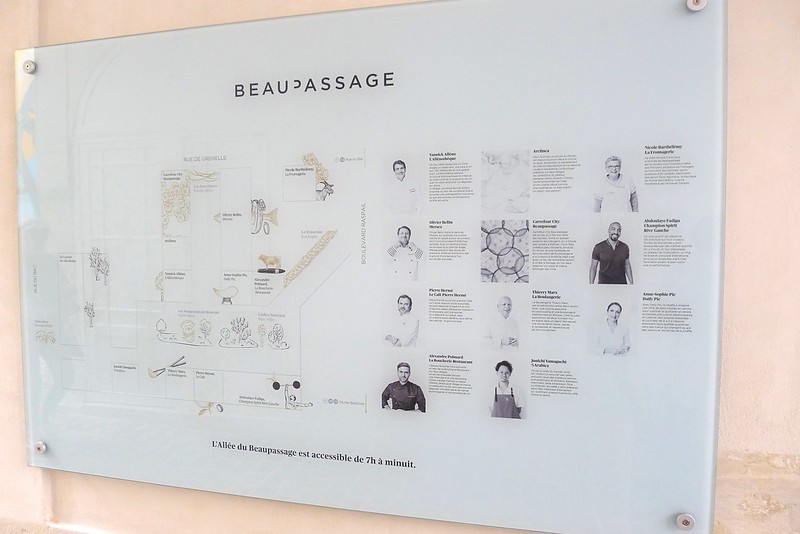 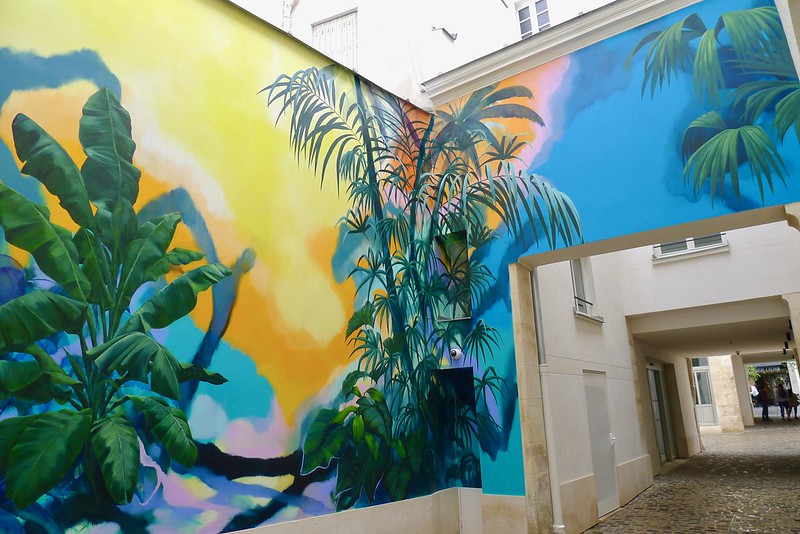 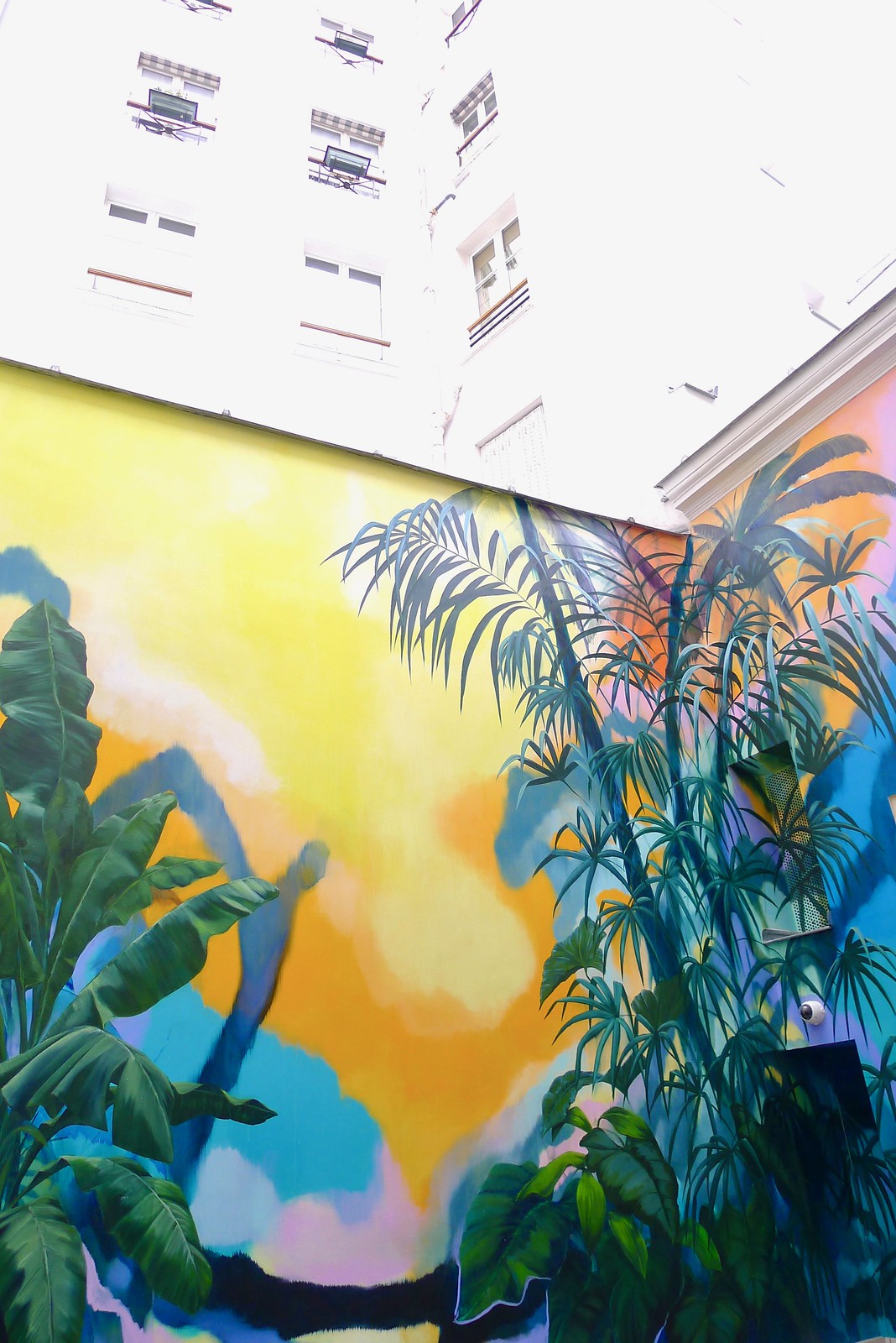 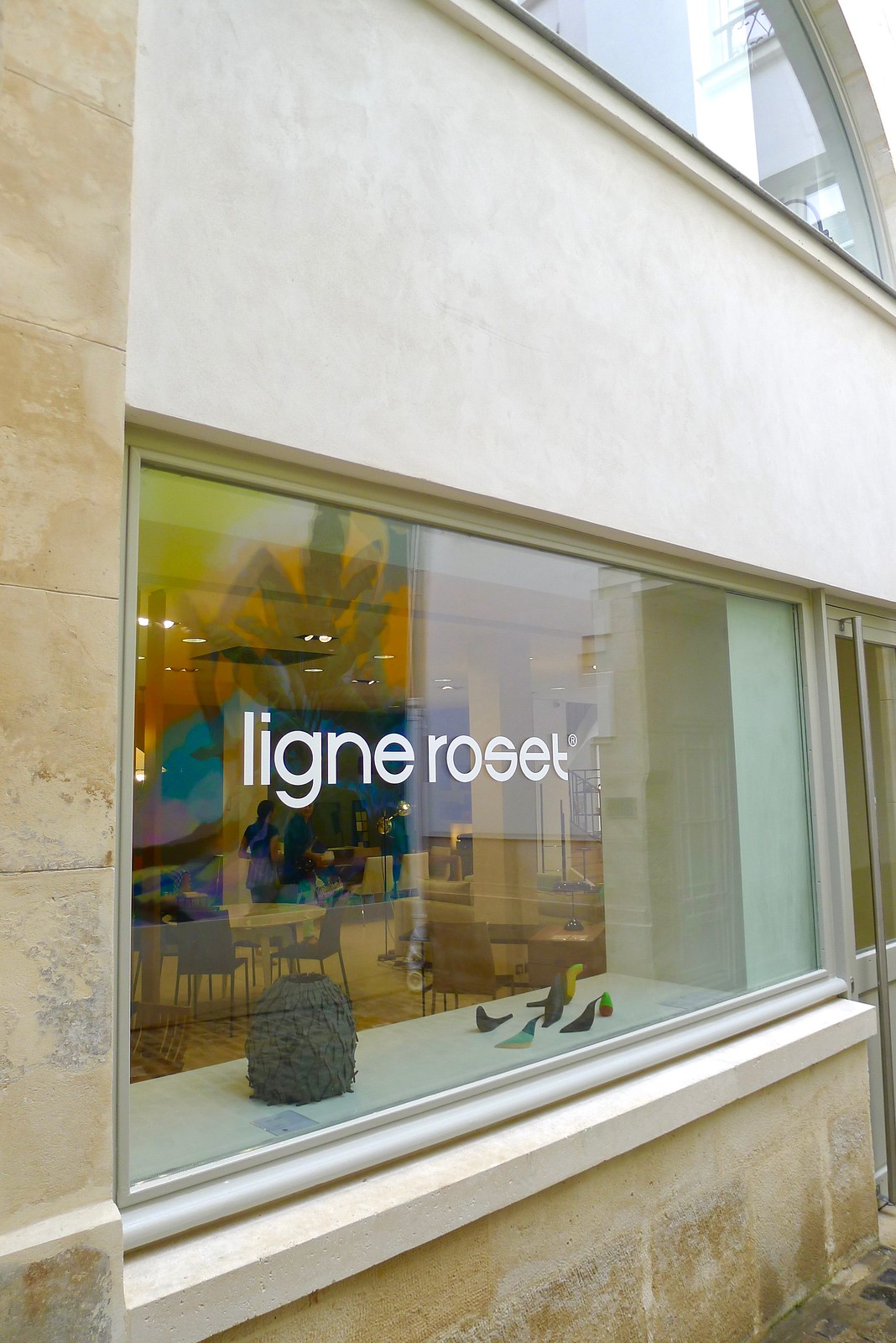 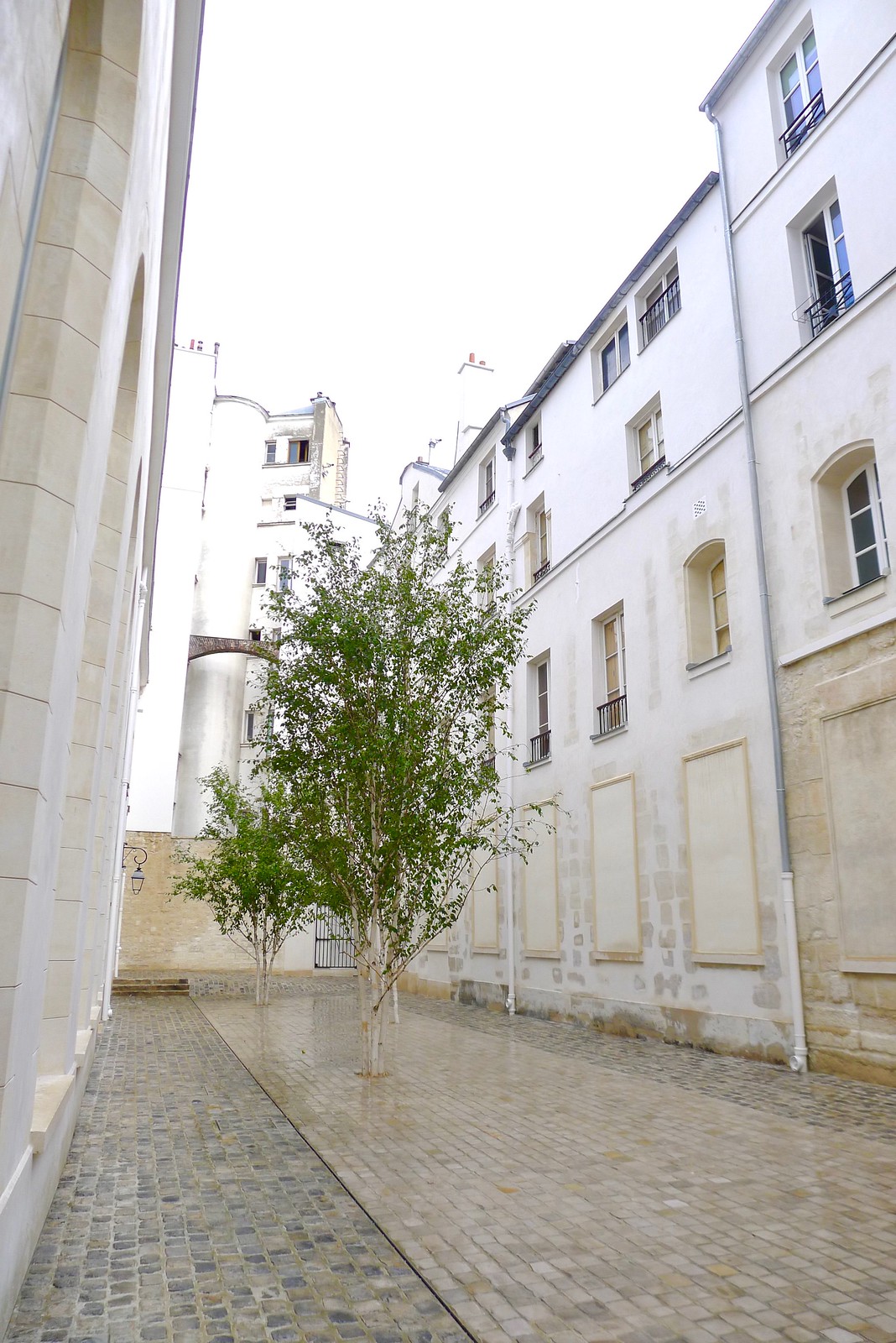 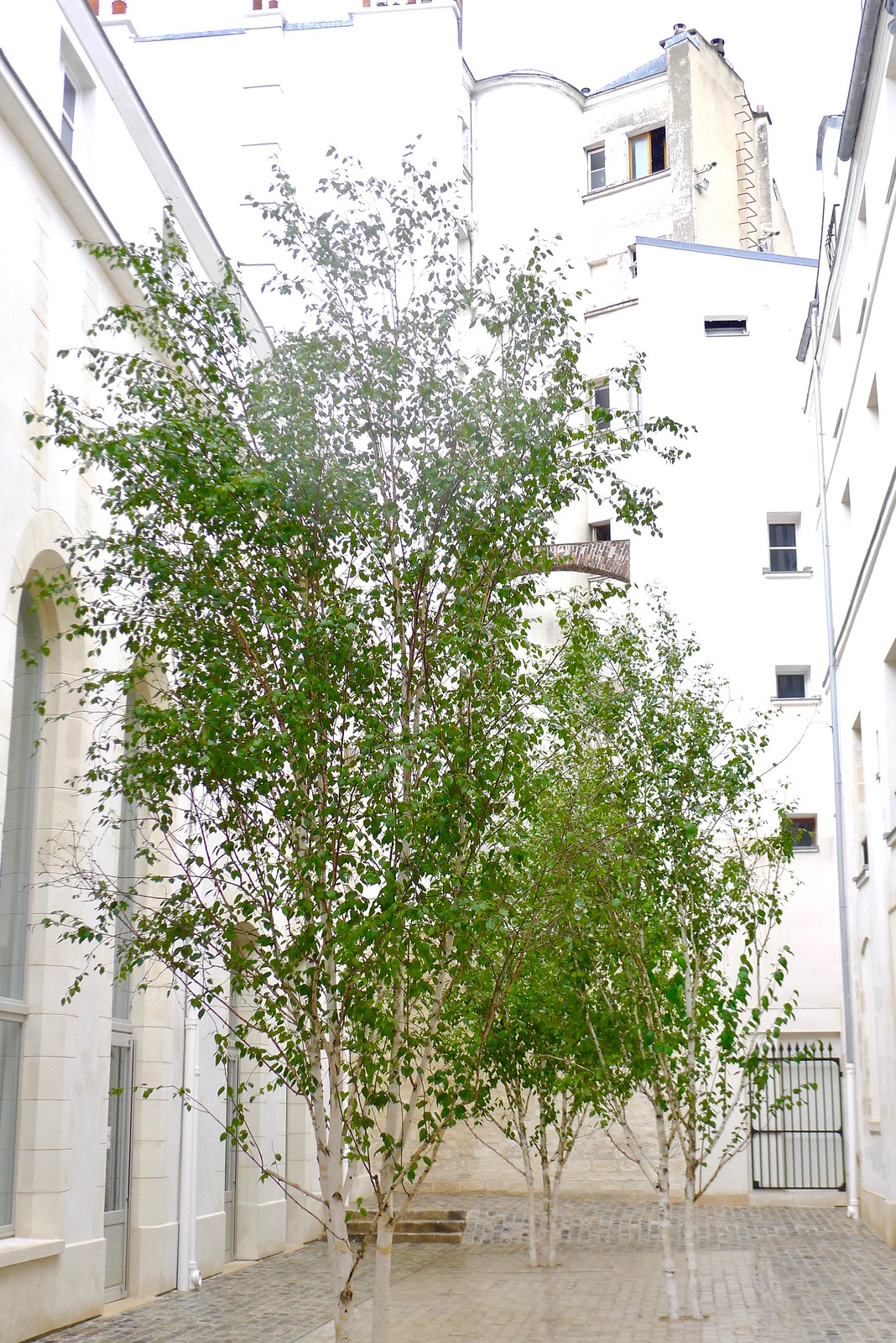 You get the feeling that two or three of the stores were not actually ready to open in the height of summer. Some spaces are still being worked on, a couple are just empty.

There’s another entrance at 53/57 rue de Grenelle which is quite surprising too, with a large dayglo installation called Les Deux Chênes by Fabrice Hyber. He has taken a cast from a 300-year-old oak tree near his childhood home, and installed two versions of it here as if to hold up the entrance itself. 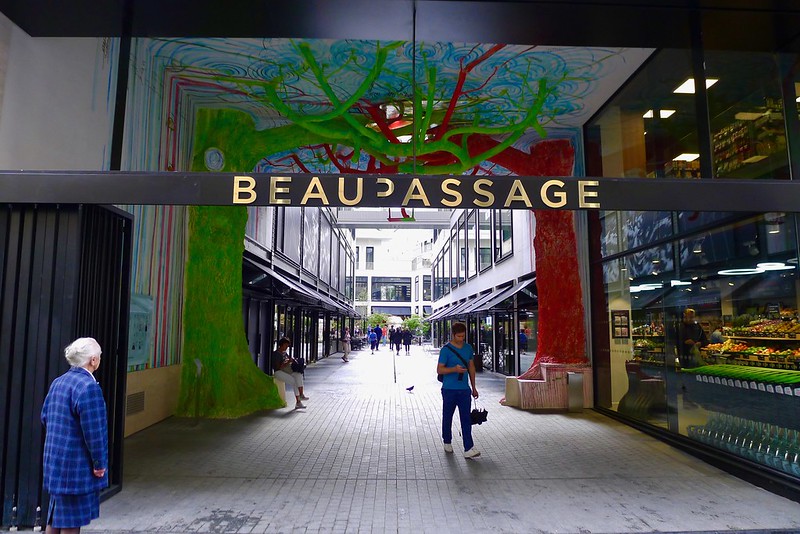 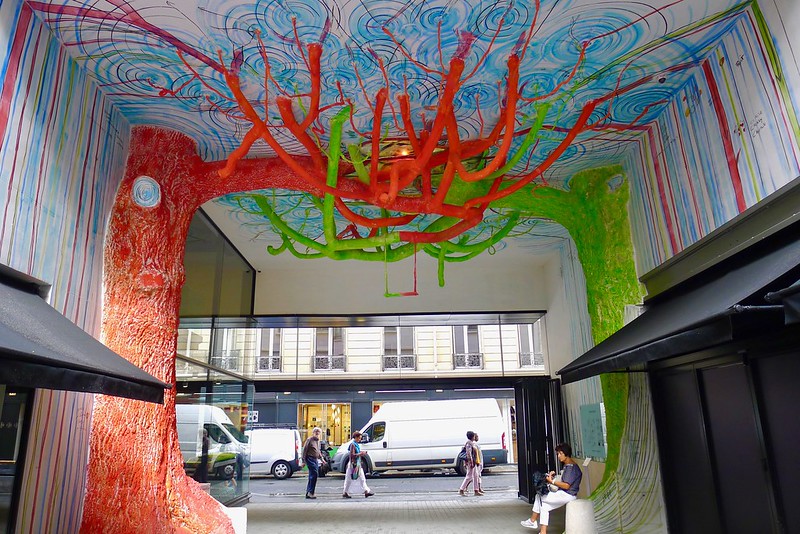 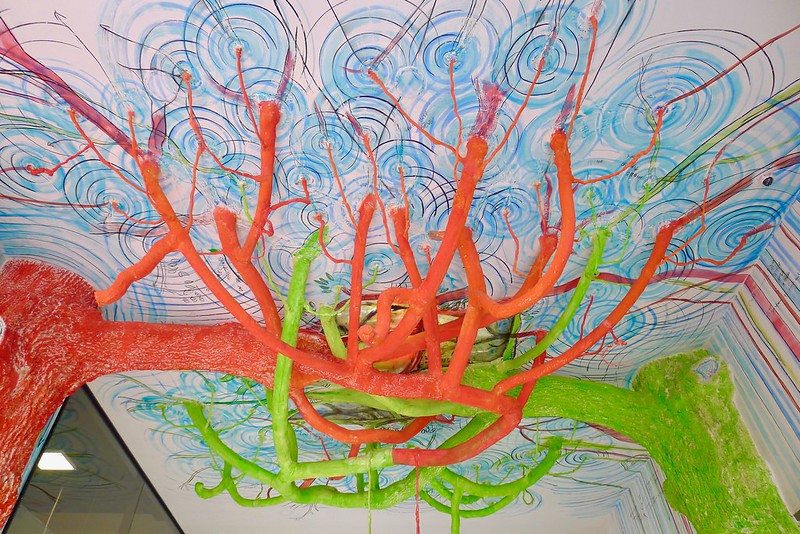 But perhaps the most impressive piece is in the long passage at 14 boulevard Raspail, called “La traversée” an created by Eva Jospin.

At over 20 metres long, this strange forest made of corrugated cardboard is reflected on the wall opposite, almost giving the impression that you are entering Beaupassage through the woods. 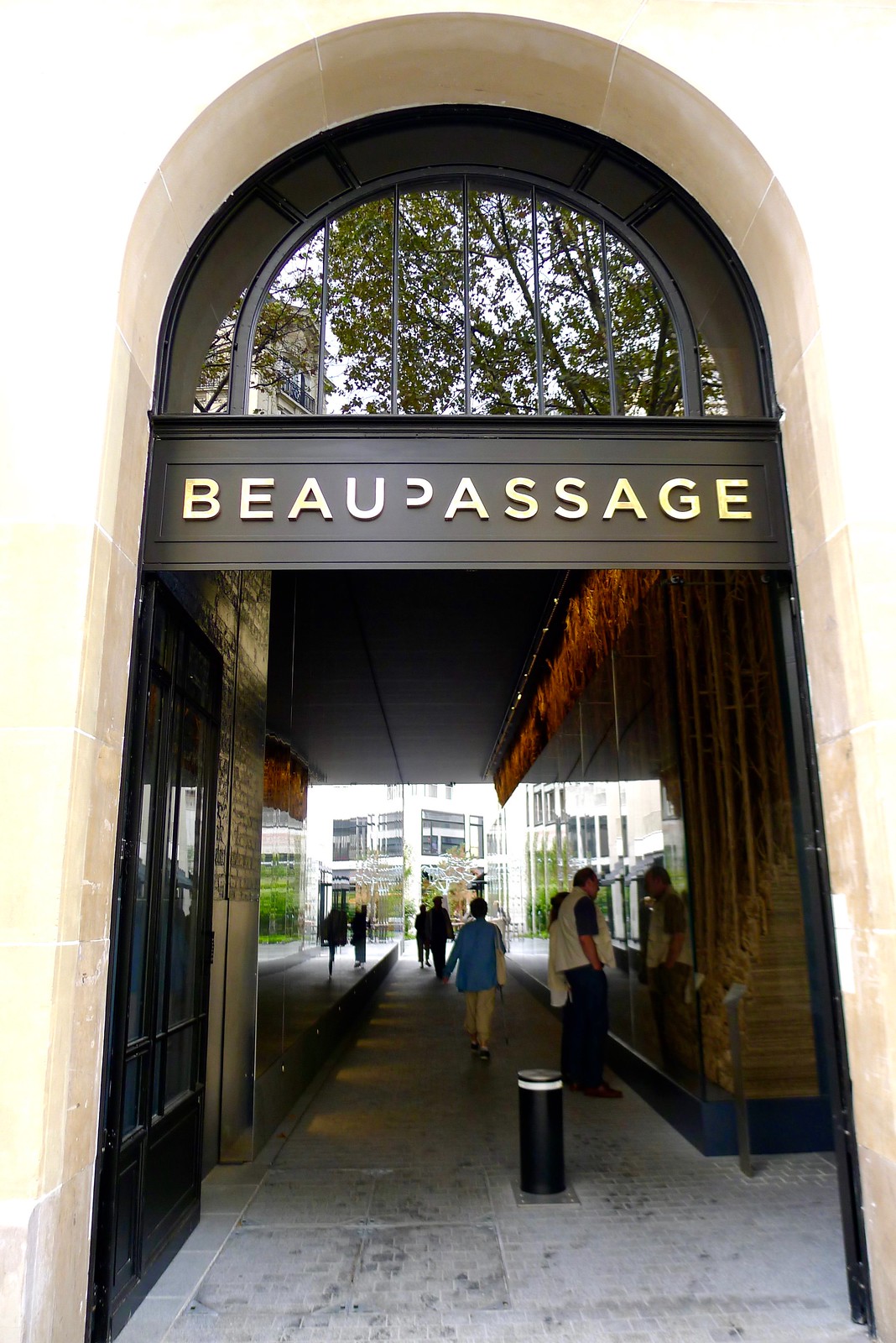 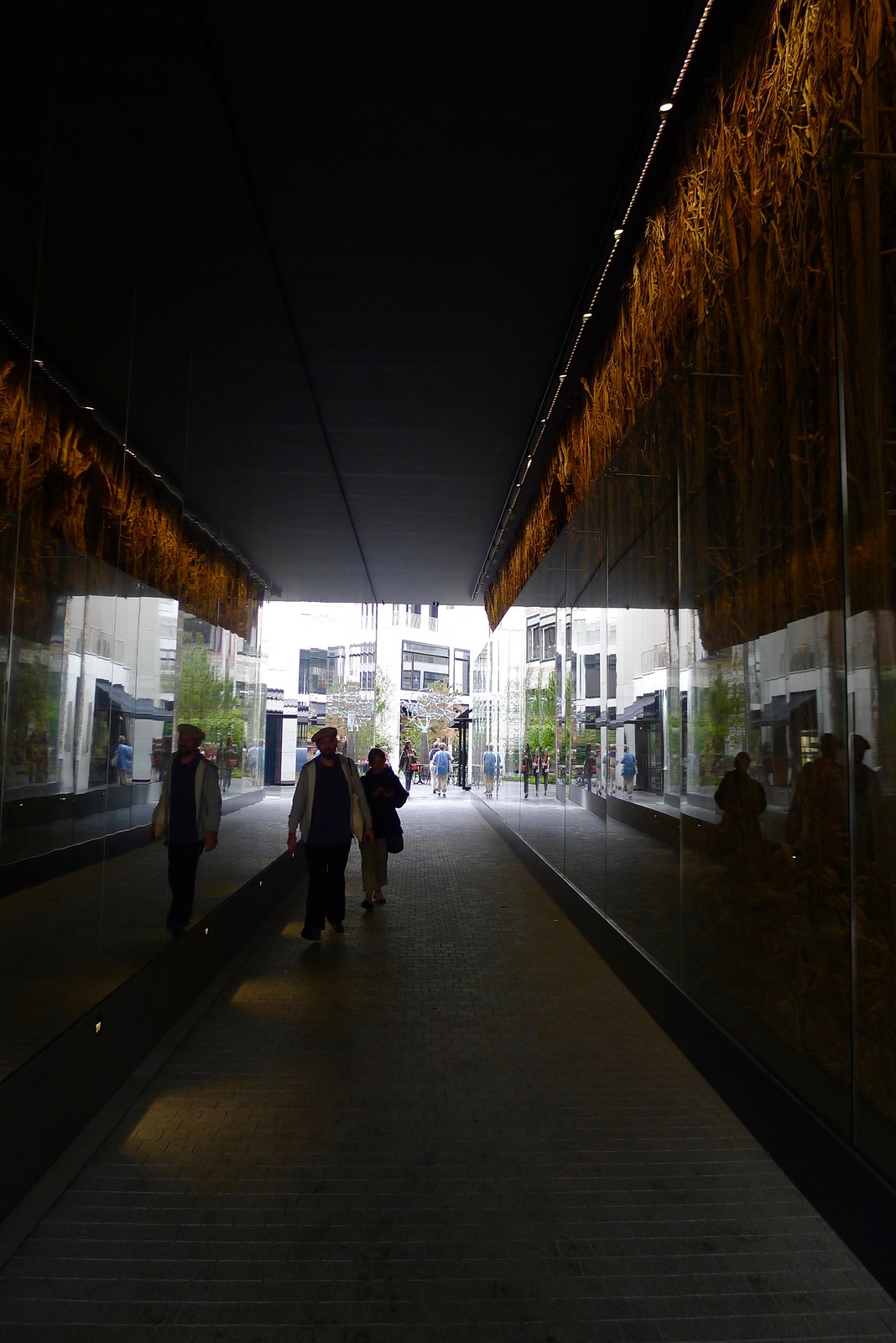 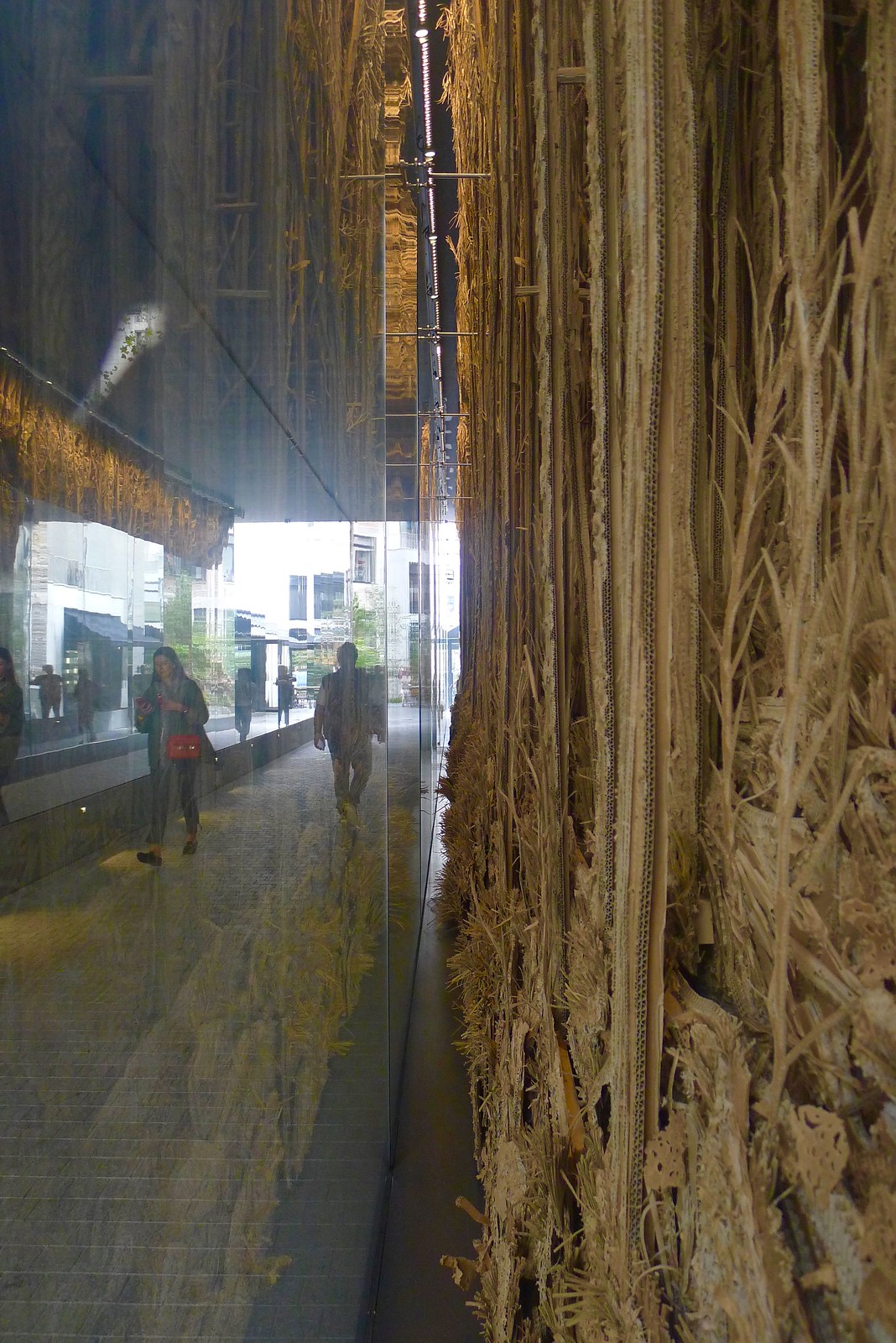 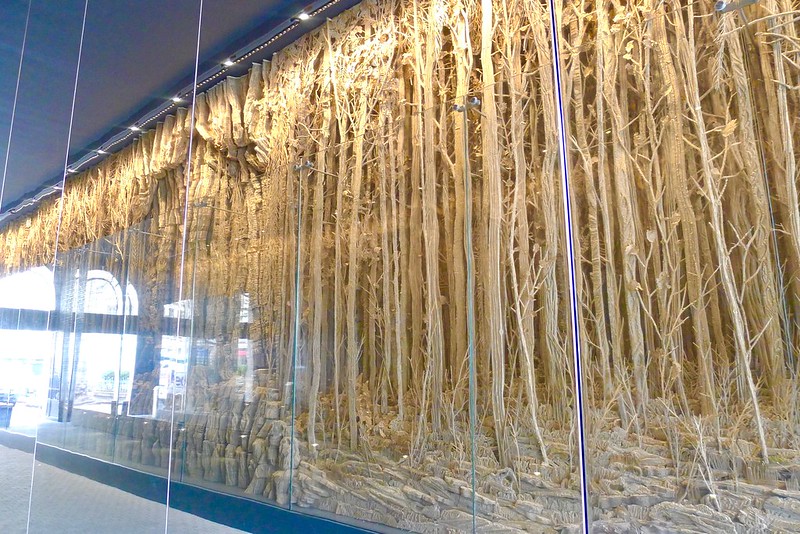 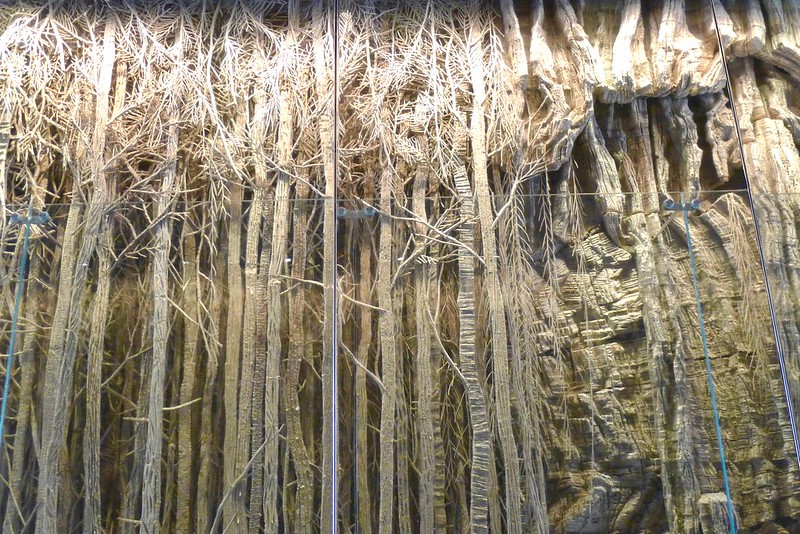 Other modern installations await you in the main courtyard, like Stefan Rinck‘s tied-up mongooses, and the ‘neuronal tree’ by Marc Vellay.

Makes a change from a fountain with coloured spotlights… 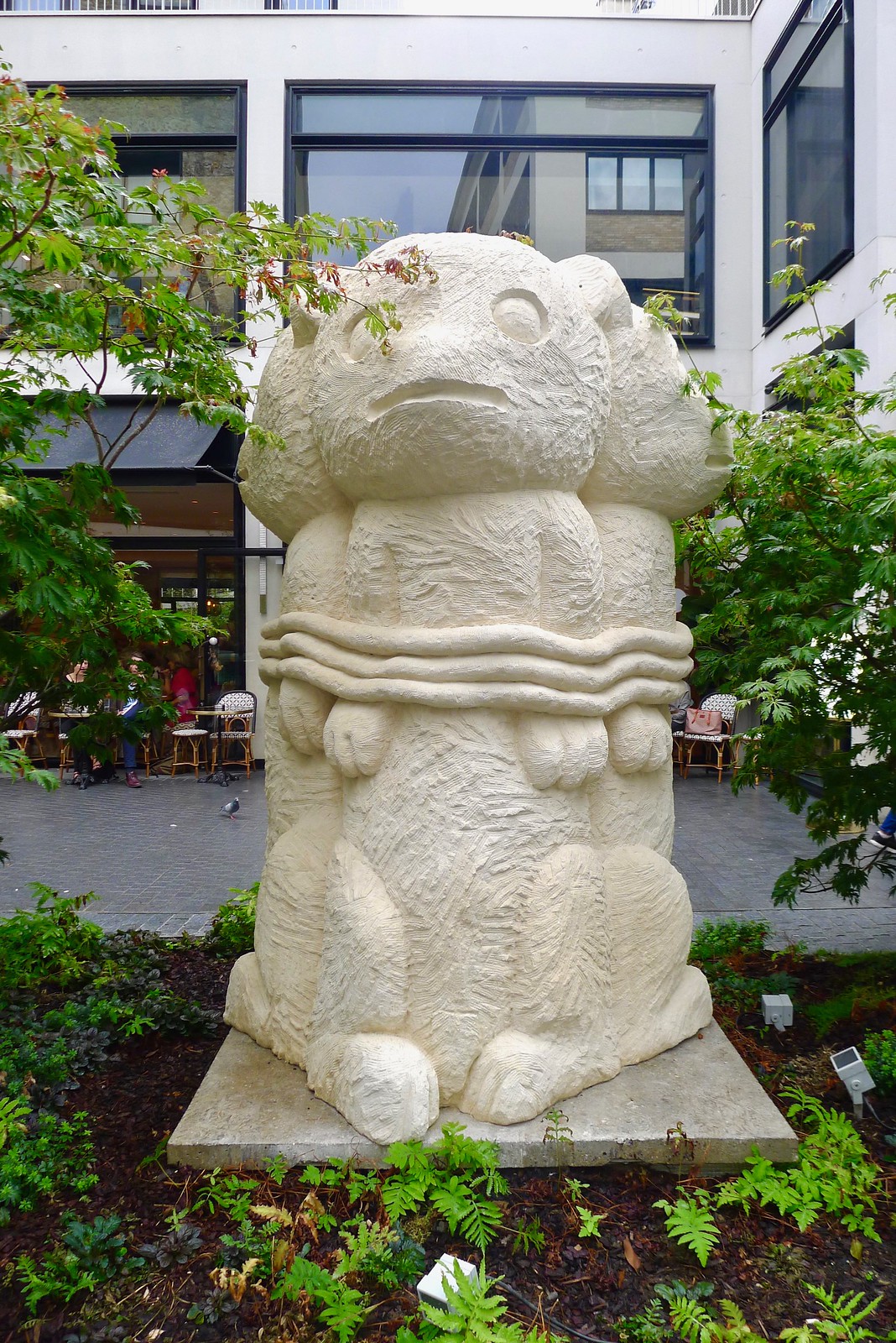 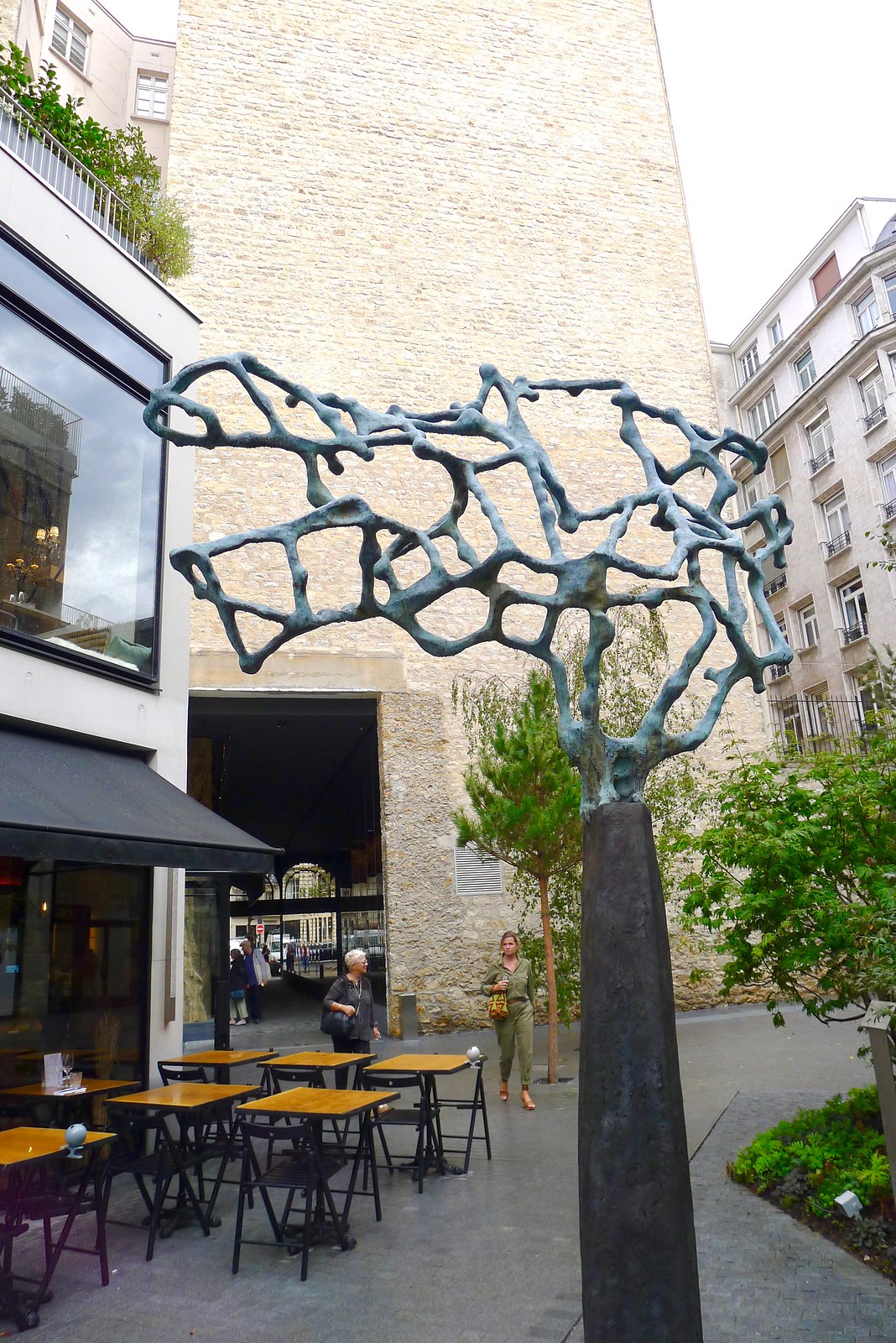 It’s all very high concept’ of course, and anyone who so wishes can read about the idea behind the works on nearby plaques, but most visitors are assuredly at Beaupassage more for the shops than the art. And if you are looking for high-class nosh, this is the place to be!

There’s Arabica, a café with Junichi Yamaguchi as barista, the chic bakery by Thierry Marx, the butcher’s / restaurant Polmard, a gin bar and deli called Mersea, the Barthélémy cheese shop, a Pierre Hermé café (macaron lover beware)… just about everything you need to find some very special food at very special prices, and eat the best of what French gastronomy has to offer.

Perhaps the pièce de résistance is the Allenothèque by Yannick Alléno (who has three Michelin stars since 2007) – a contemporary bistrot wine bar art gallery that more or less sums up the whole concept of Beaupassage – fine food and fine art.

And even if you’re not hungry, the architecture of the place is well worth checking out 😛 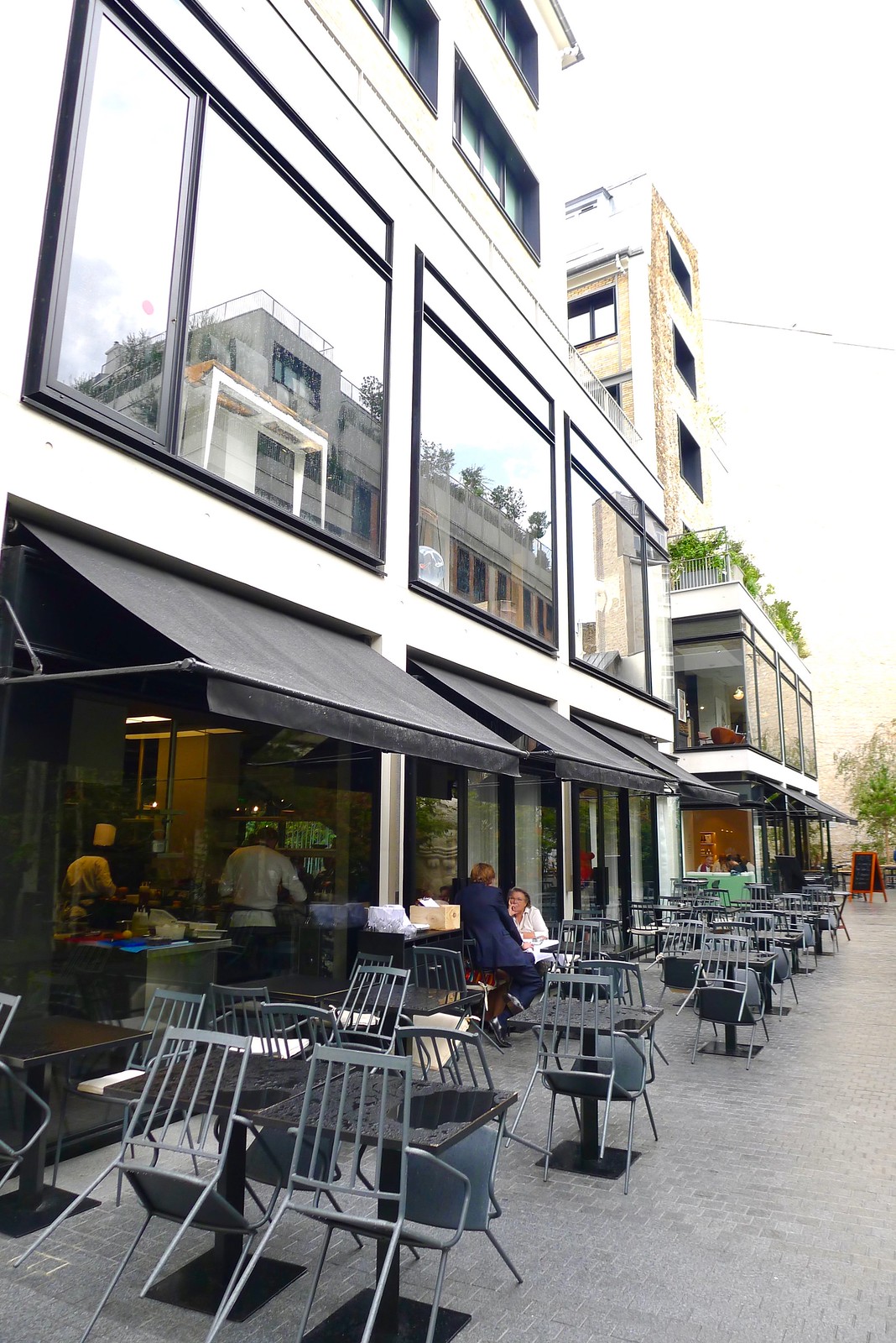 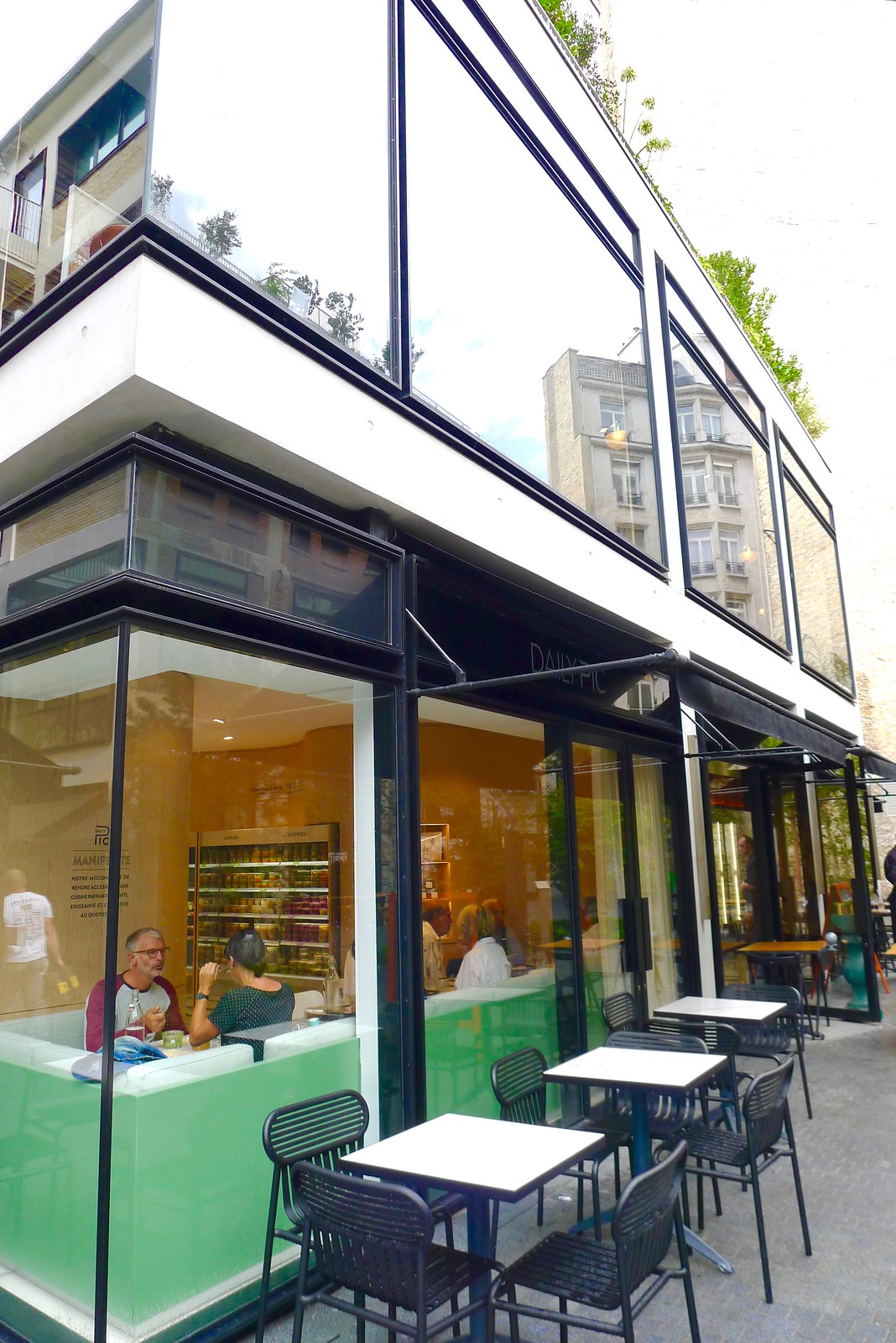 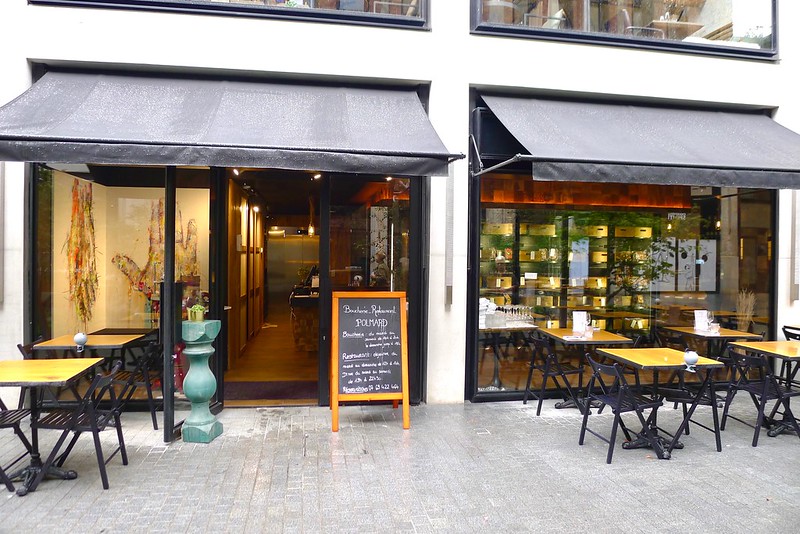 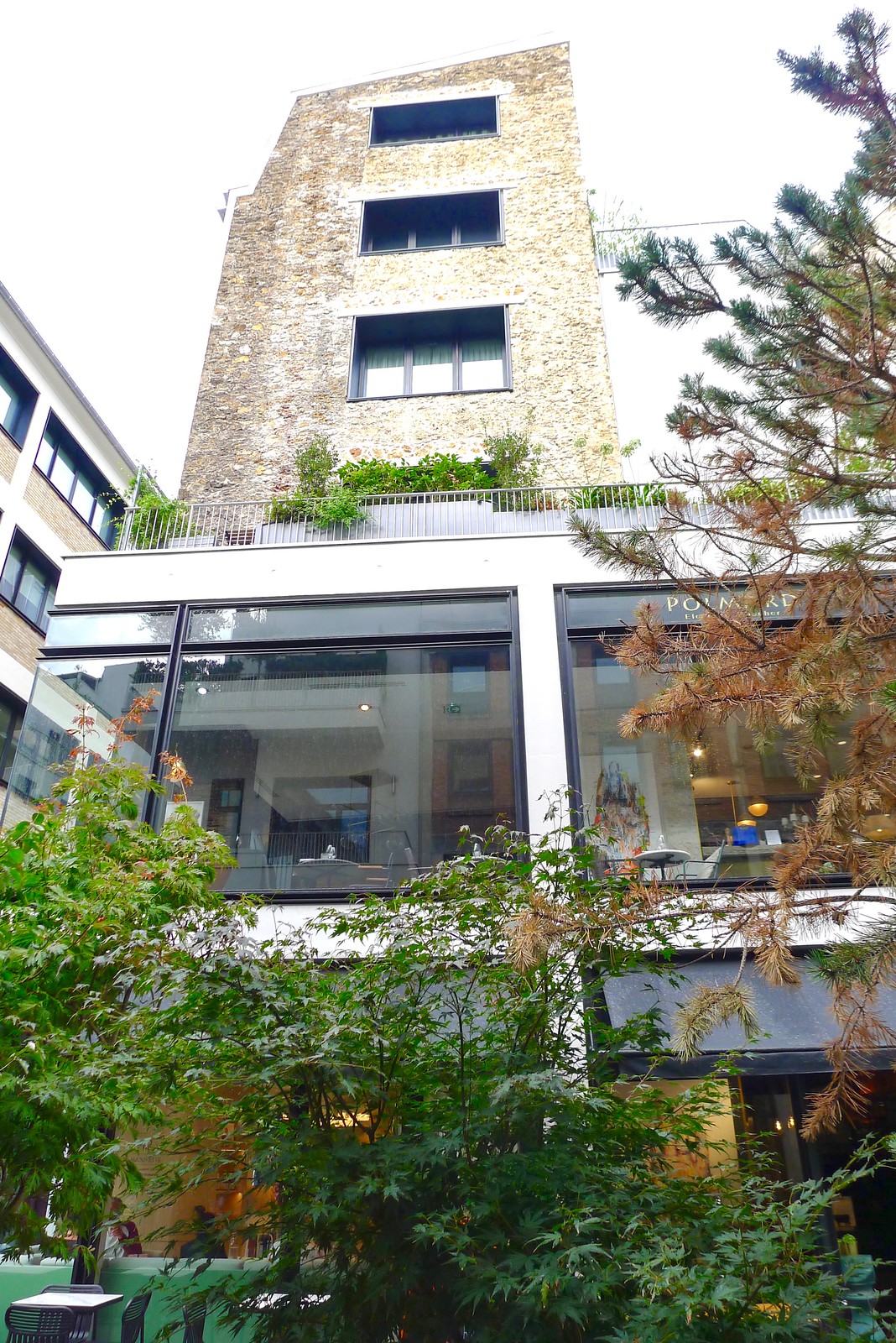 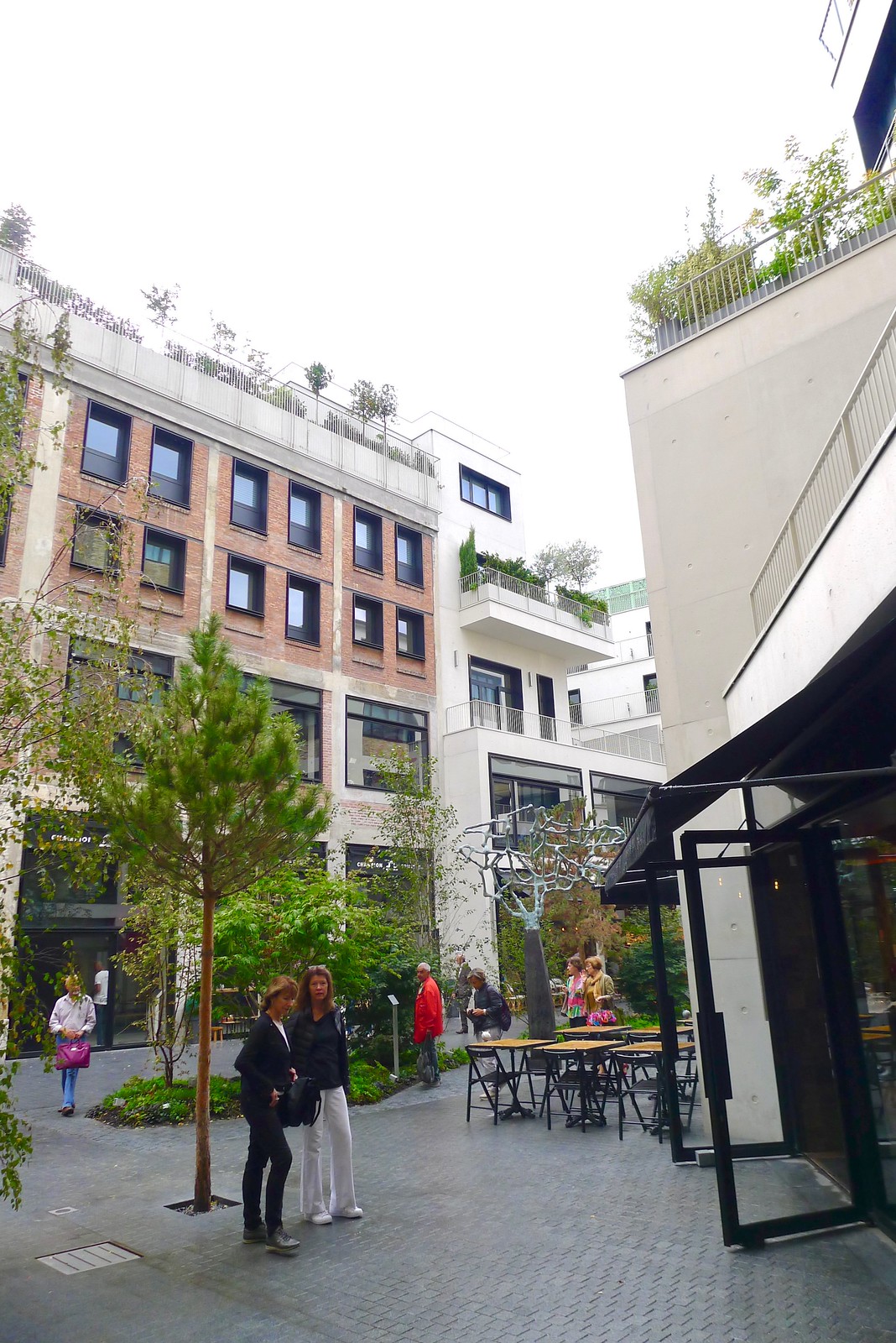 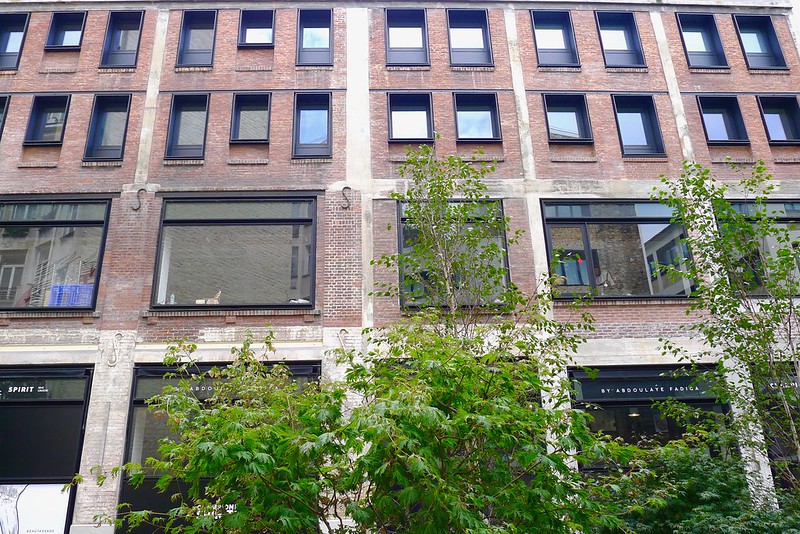 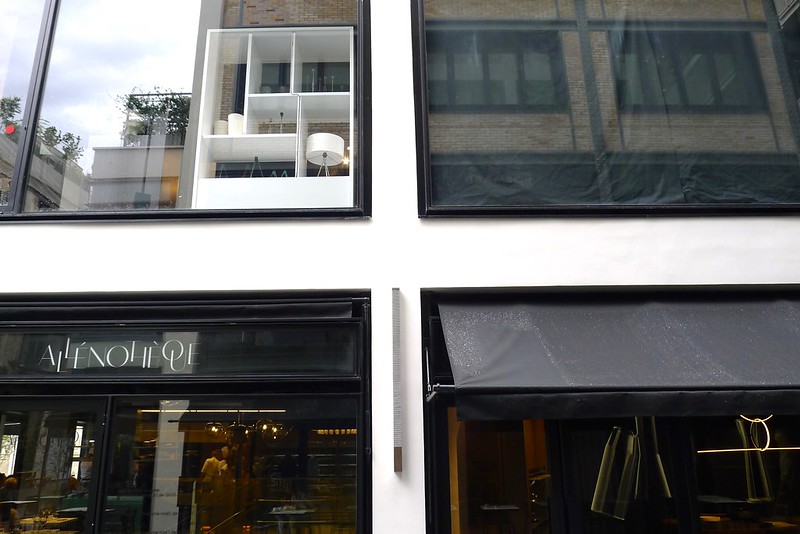 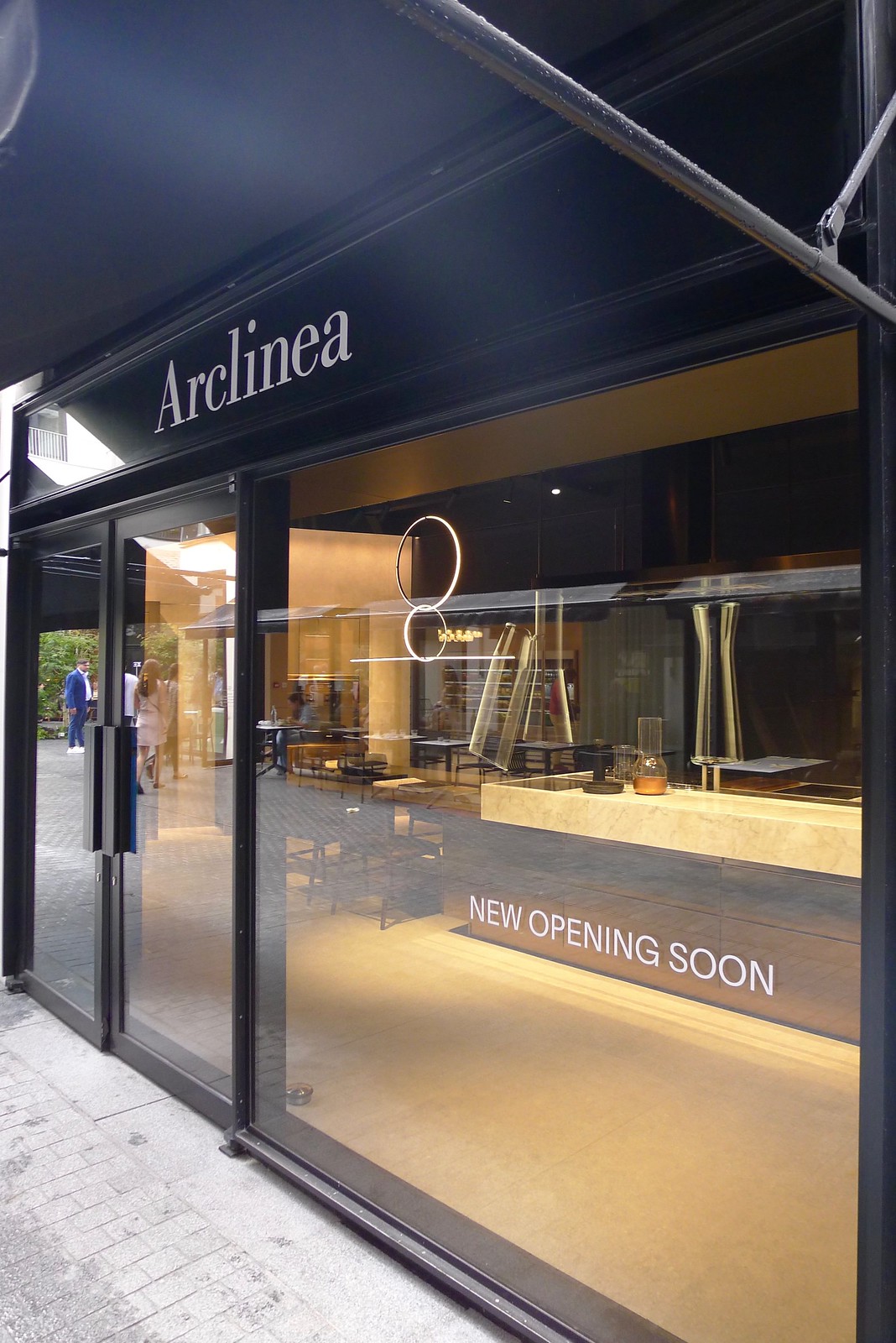 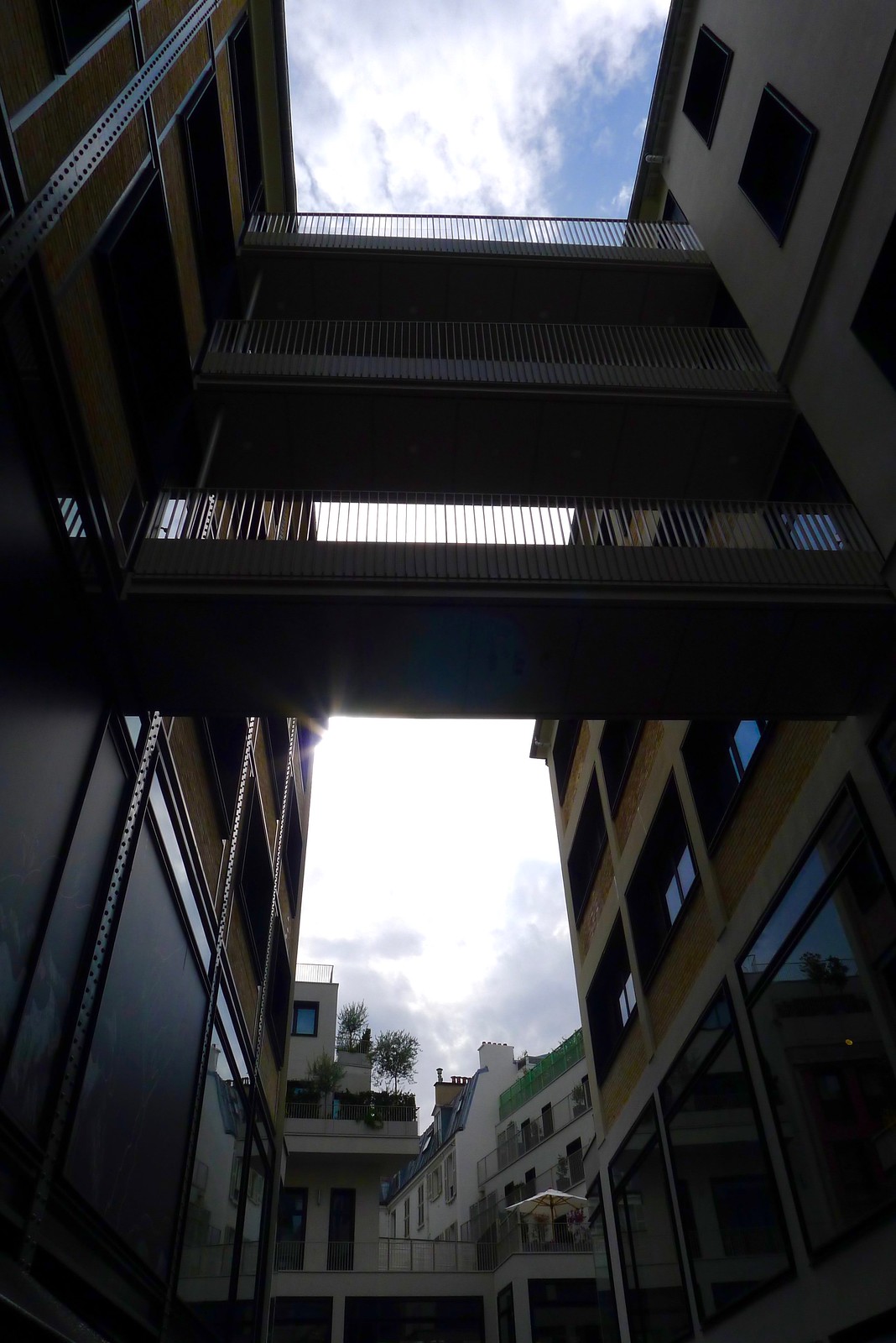 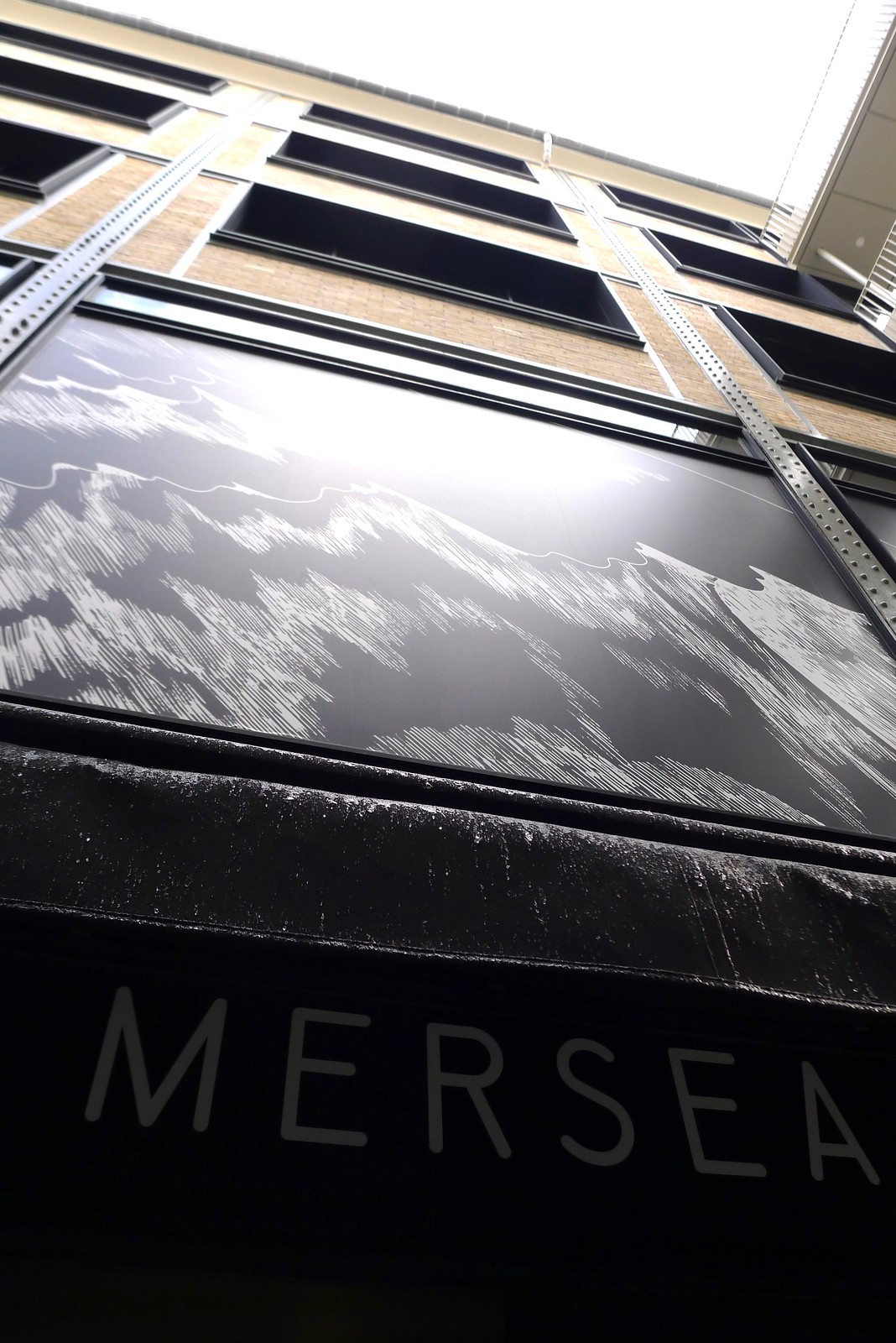